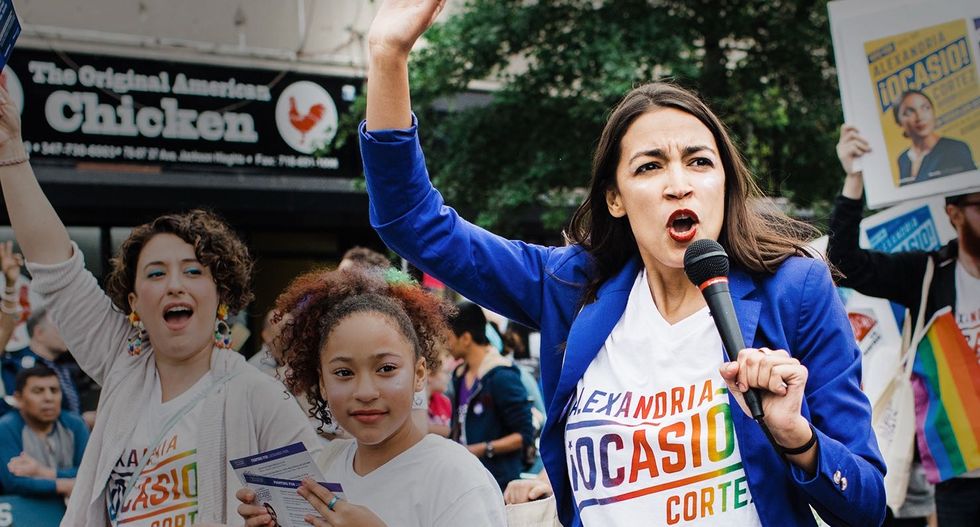 Whether or not Alexandria Ocasio-Cortez is ultimately an effective congressperson remains to be seen, writes New York Times columnist Paul Krugman, but she's already doing a great job of advancing tax policy.

Ocasio-Cortez has advocated a tax rate of 70 to80 percent on very high incomes, which Krugman says seems "crazy"—except to the world’s leading expert on public finance.

"It’s a policy nobody has ever implemented, aside from … the United States, for 35 years after World War II — including the most successful period of economic growth in our history," he writes.

"When taxing the rich, all we should care about is how much revenue we raise," he explains. "The optimal tax rate on people with very high incomes is the rate that raises the maximum possible revenue."

According to a fellow Nobel laureate in economics, "the optimal rate" for taxing the rich is 73 percent.

"So AOC, far from showing her craziness, is fully in line with serious economic research," he writes. "She definitely knows more economics than almost everyone in the G.O.P. caucus."