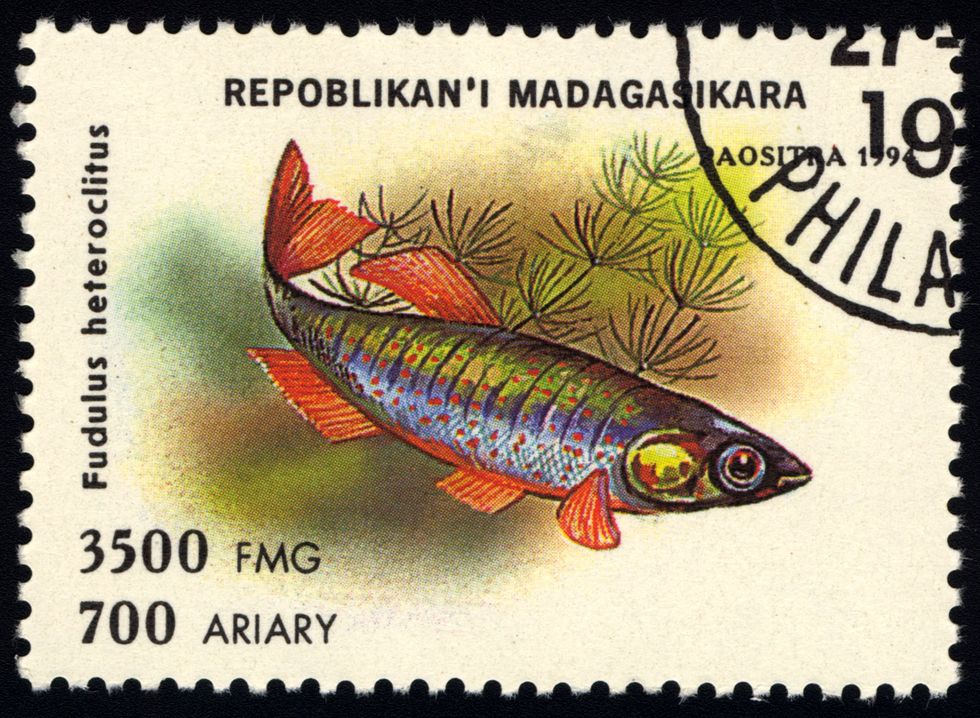 The mummichog is the most famous fish that you’ve likely never heard of. These little fish live along the east coast of North America in some of the most contaminated waterways on Earth.

In 1973, they became the first fish in space aboard Skylab 3. The fish took some time to re-learn how to swim in zero gravity, but otherwise adapted enthusiastically to their new, out-of-this-world home.

How does such a humble fish — best known for putting up with polluted water — end up in orbit? By being easy to work with in the lab.

Mummichogs are a popular model organism in zoology, toxicology, genetics, developmental biology and many other scientific disciplines.

Scientists naturally gravitate towards convenient animals like rats and fruit flies to use in experiments. The mummichog, Fundulus heteroclitus, is one such model organism (and my personal favourite). In the scientific community, researchers like myself generally assume that discoveries made in model organisms will translate into the workings of other organisms.

Well-studied animals give us a lot of bang for our scientific buck: we know what to expect from them, and we benefit from extensive institutional and community experience. Deciding “who” to study is almost as important as deciding what questions to ask.

For example, my research relies on mummichogs because they encounter episodes of low oxygen in the wild. They’re an excellent option to explore how animals could change their physiology to coping with low oxygen, and how those strategies vary across situations.

Arguably, I could have chosen any of the other fishes that regularly encounter cycles of low oxygen, like intertidal sculpins or plainfin midshipman fish. The fact that mummichogs are easy to keep in a lab setting, and that we know a lot about them already were valuable bonuses.

Research that ‘chugs’ along

Mummichogs, referred to affectionately as chugs, are the darlings of physiologists, developmental biologists, geneticists, toxicologists and many other “-ologists.” They’re shipped in a box, easily kept in the lab, and are ridiculously tolerant of extreme environments.

My doctoral research focuses on how these plucky fish cope with low oxygen conditions, and investigates whether they use different strategies to deal with unusual patterns of low oxygen, like daily cycles of low oxygen in an estuary.

For some research programs, especially those using complex techniques like the CRISPR-cas9 system for gene editing, the list of potential subjects is more limited. Innovative tools are extremely powerful, but are usually tested in only a few “usual suspects” like E. coli or fruit flies.

Since every animal has its own quirks and different DNA sequences for their genes, new techniques often don’t work in non-model organisms, and solving these peculiarities takes exhaustive troubleshooting. Technique validation in non-model organisms is arduous, and many research groups lack the time, funding, or interest to do it.

Ideally, researchers choose a model based upon its scientific merits and implications. We want to pick the best possible organism to answer the questions that interest us. Unfortunately, tight budgets, ageing facilities and other practical problems put a damper on this notion. Some animals, like endangered species or large animals, are impossible to get on permits or keep in captivity, or take too much effort to maintain. (Imagine having to clean up after an elephant every day!)

Sometimes researchers can partner with zoos and aquariums, like Sea World or the Toronto Zoo, and benefit from access to their rare critters and the use of specialized facilities.

Even mice can need intensive animal care. For example, germ free mice are raised without any gut bacteria, and are housed in sterile conditions to avoid contamination. Having just wrapped up experiments on a tricky model (walleye, which will eat each other if not fed a ridiculously large amount of food), and knowing people who deal with snapping turtles, naked mole rats and alligators, I’m lucky that my main breadwinner is the sweet, gutsy and agreeable mummichog.

An especially shrewd researcher can try to select a model that pays extra dividends. Perhaps they’ll choose model that will get them extra attention: a study on something cute or famous can draw media coverage, citations, invited talks and sometimes funding. The nature of the science news cycle can lead to excellent studies on mummichogs flying under the radar because someone just came out with an interesting paper about giraffes or whales.

After accounting for all the practical considerations of working with animals, most researchers settle on a model somewhere between “excellent,” “good enough” and “not wrong” for answering the research questions that interest them.

Science is a complicated and convoluted process, and that complexity magnifies when you have to work with a living, breathing thing.