Democrats have compromised away 'too much of who we're supposed to be': Ocasio-Cortez 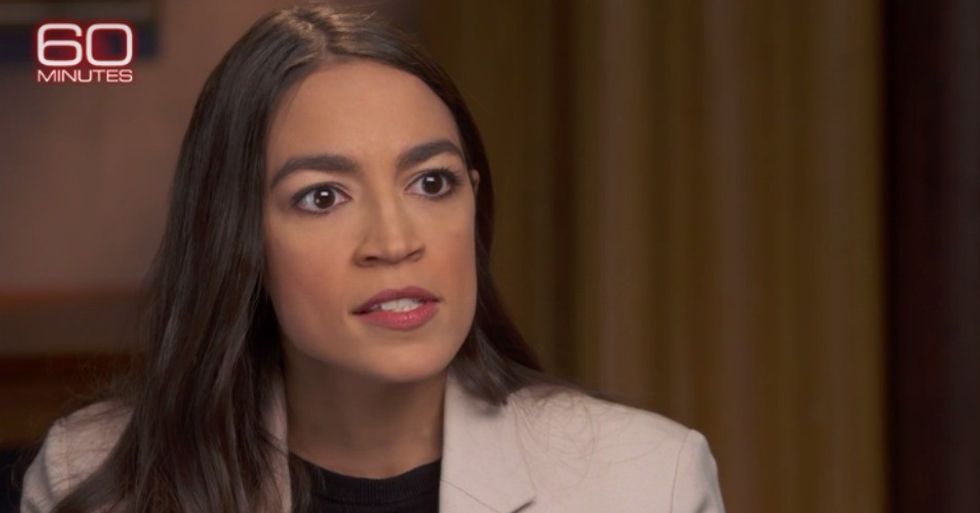 In addition to calling for a 70 percent marginal tax rate on the wealthiest Americans, Rep. Alexandria Ocasio-Cortez (D-NY) will explain during a 60 Minutes interview that will air in full on Sunday evening why she believes Democrats have compromised away "too much" in recent years and have lost track of the party's purpose and mission.

While telling journalist Anderson Cooper she is certainly willing to compromise in order to get things accomplished in Congress, Ocasio-Cortez, in a preview clip, says "It's just about what we choose to compromise.  My personal opinion, and I know that my district and my community feels this way as well, is that we as a party have compromised too much, and we've lost too much of who we're supposed to be and who we are."

A case in point, earlier on Sunday—and amid an ongoing standoff over a federal funding and President Trump's demand for $5.6 billion for his border wall—Ocasio-Cortez characterized Trump's shutdown tactics as "hostage-taking," in which the livelihoods of hundreds of thousands of federal workers and their families were under threat by the president. "No one," she said, "can compromise or negotiate with that."