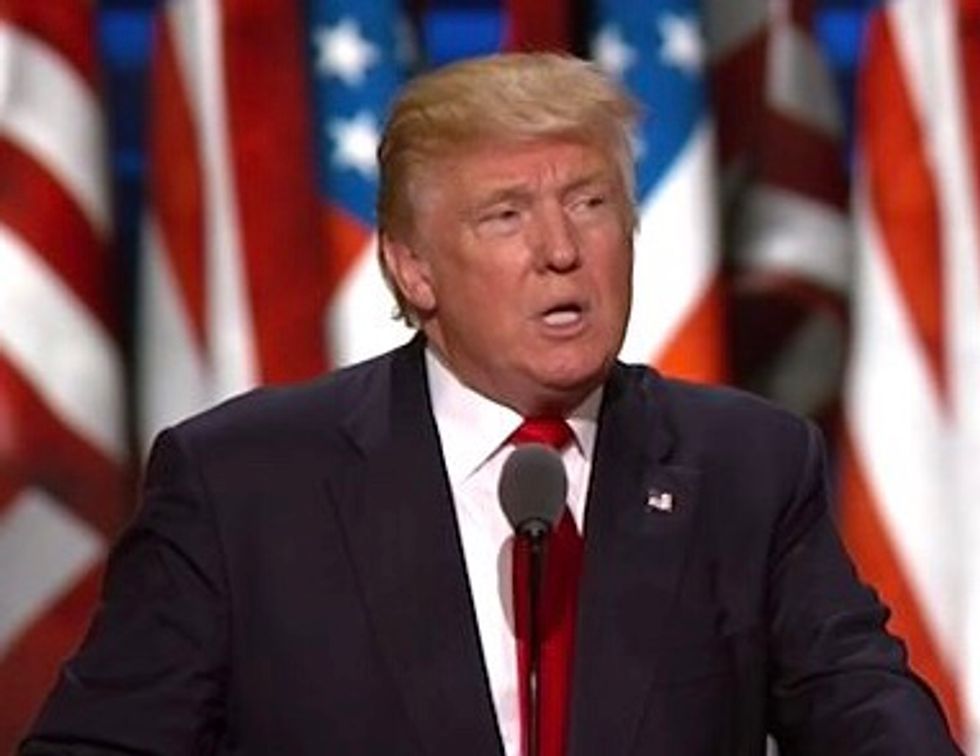 President Donald Trump's first military visit to Iraq was full of all the blunders, gaffes, inappropriate politicking, and international embarrassments that we have come to expect from him.

But it may have also given us something else: an apparent disclosure of classified information.

Per a Newsweek report, referencing the White House press pool, Trump revealed the presence of a covert Navy SEAL team by taking a photo with them, and then posting it on social media:

While the commander-in-chief can declassify information, usually the presence of a special operations unit, to include, showing their faces would not be revealed to the American public, especially while the U.S. service members were still deployed. Current and former Defense Department officials told Newsweek that the information is almost always classified and is a violation of operational security.

The pool report went on to say that Trump paused to take a selfie with U.S. Navy Lieutenant Commander Kyu Lee, who said he was the chaplain for SEAL Team Five, based out of Coronado, California. The chaplain said Trump told him: "Hey, in that case, let's take a picture."

After Trump left Iraqi airspace, the president posted a video to his Twitter account of his time spent with American forces during his visit to Iraq. Lee Greenwood’s “God Bless the USA,” plays over the video and shows the president and the first lady posing for pictures with service members that appear to be from SEAL Team Five. The special warfare operators are dressed in full battle gear and wearing night vision goggles.

Though, as Newsweek notes, Trump theoretically has the right to disclose any classified information at any time, courts have rejected the idea that he automatically declassifies information just by blurting it out on Twitter, as national security lawyer Bradley Moss explained. That means the information he shared is still technically supposed to be a U.S. government secret. And even if social media were a legitimate channel, Trump should be far more circumspect about military information that could compromise national security.

This is not Trump's first such blunder. Last year, Trump told Russian foreign minister Sergei Lavrov highly classified Israeli intelligence on ISIS during a meeting in the Oval Office. He has also used his personal cell phone for sensitive communications, despite being warned by officials that Russia and China can eavesdrop on his conversations.

Coming from a president who won office in large part by stating that his opponent's use of a personal email server was a threat to national security, and who has spent a large part of his two years in office policing his ranks for "leakers," this is a humiliating look. And it raises questions about whether our most critical intelligence is being treated with the care required to safeguard our country.