The Rise of the Robots: How Trump and the Republicans betrayed their base voters 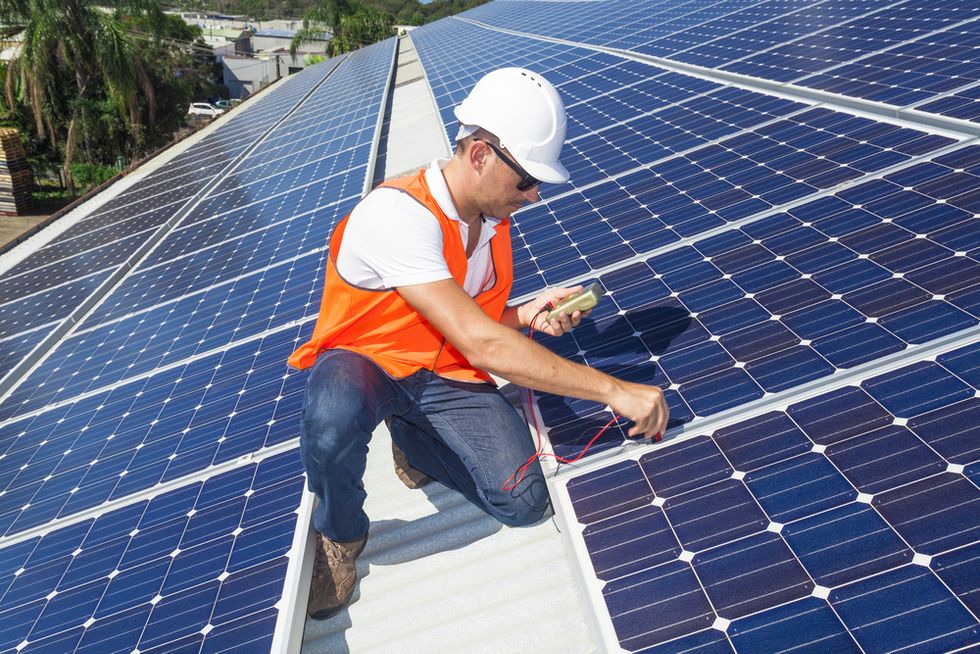 Trump’s formula for his unfortunate electoral victory in 2016 relied almost exclusively on persuading rural American voters in the so-called “heartland” that their economic decline was due not to any fault of corporate, late-stage capitalism but to fact that their jobs were being “stolen” by people with darker skin than themselves. By scapegoating Latinos and Hispanics in particular, and by employing familiar Republican stereotypes against African-Americans, Trump succeeded in eking out the election against a polarizing female Democratic candidate by mobilizing rural “working class’” Americans, mostly white and male, to vote for him out of a sense of race-based grievance.

In an article for the New York Times,  Thomas Edsall shows how Trump and the Republicans almost immediately betrayed that rural voting base with their massive tax giveaway to corporations in 2016, creating a tax incentive bonanza that encouraged and accelerated the pace of automation and the implementation of robots, now displacing thousands of relatively low-skilled workers in largely Trump-voting areas of the country.  Another article by Eduardo Porter (also written this week for the Times) highlights the root causes behind the seemingly intractable problem of rural poverty in this country, and offers some clues on how we as Democrats might reclaim many of those rural voters without compromising Democratic values on issues of racial inclusion and equality.

If for nothing else, last month’s elections were remarkable for the fact that virtually no Republicans highlighted their singular achievement, a massive tax giveaway to corporate America. One obvious reason for that is that few Americans making less than mid-six figure incomes saw any benefit to themselves from this tax cut. But the other reason was even more damning, if less noticeable: buried in this gargantuan payoff to reward the CEO donors in boardrooms who supported their campaigns, Republicans deliberately provided a huge incentive for corporations to eliminate the very jobs that their rural voters needed to survive.

The Trump tax bill permits “U.S. corporations to expense their capital investment, through 2022. So, if a U.S. corporation buys a robot for $100 thousand, it can deduct the $100 thousand immediately to calculate its U.S. taxable income, rather than recover the $100 thousand over the life of the robot, as under prior law,” Steven M. Rosenthal, a senior fellow at the Urban Institute and a specialist in tax policy, wrote me by email.

The sheer appeal to corporations of taking advantage of an immediate tax deduction by investing in automation cannot be understated. The biggest liability corporations face is the high cost of paying their workers. Robots do not need health benefits and “sick time”—they need only to be programmed and oiled on occasion. They do not require wage “increases” because they do not require any wages to begin with. So a tax incentive to automate was immediately hailed by corporate America as a win-win.  And the impact has for the most part fallen in those industries that typically employ the same type of non-college educated—usually male--workers (semi-skilled assemblers, machinists, material handlers, welders) who voted in droves for Donald Trump.

Edsall quotes Jeffrey Sachs, a professor of Economics at Columbia:

The demographic group most hindered by the rise of automation, Sachs wrote, “has been the proverbial white male with less than a college degree and living in rural and semirural areas.”

[T]he next wave of job losses will be in basic business services (wholesale and retail trade, warehousing and transport) which will mean another hit for workers with relatively lower educational attainment.

Edsall also cites and quotes extensively from a recent study out of MIT that shows the Trump-voting swaths of the South and Midwest have a far higher concentration of robot-dependent industries than other areas of the country.

But the Trump tax cut did more than just encourage automated replacement of workers in Trump country—it encouraged industries to move out of the country altogether:

The 2017 Trump tax cut not only boosted incentives for corporations to replace workers with robots, it has also created incentives for American companies to move production overseas, even as it directed resources toward “opportunity zones” in what the Trump administration defines as “neglected and underserved communities” — incidentally providing a bounty of lucrative grants, guarantees and breaks for real estate developers.

Many in the Democratic Party frankly feel like these voters in Trump country are getting exactly what they deserve for supporting Trump and his cast on enabling charlatans in the GOP. And there is undoubtedly some appeal in schadenfreude, that sense of pleasure that people derive from others’ misfortune, particularly if it is viewed as deserved. But the racism that drove Trump voters to the polls didn’t arise in a vacuum. It was packaged, stoked and fed to them as an easy opportunity to assign blame to what they felt as a real problem, the plain fact that American business industries are not offering livable jobs in rural areas any more.

I was in Fayette County, Pennsylvania this week. This is a county about an hour south of Pittsburgh that borders West Virginia. The collapse of the steel industry turned the region into an economic basket case several decades ago. Today the people who live and work there are largely employed in low-paying service or retail industries like Applebees or Walmart, or desperately trying to land  a few jobs with a number of fracking companies that are sucking every drop of natural gas out of the land.  Everyone seems to know someone who has overdose and died from opioids. There is no economic recovery going on in Fayette County right now. It is white, sem-rural, and unabashedly Trump-supporting, just like a thousand other forgotten places in this country.

Which brings us to Eduardo Porter’s piece., which takes a hard, cold look at the prospect of reclaiming a decent standard of living for the 60 million or so Americans who live in backwaters like Fayette County, Pennsylvania. For the last 25 years these areas have seen nothing but economic  and demographic decline.

Rural America is getting old. The median age is 43, seven years older than city dwellers. Its productivity, defined as output per worker, is lower than urban America’s. Its families have lower incomes. And its share of the population is shrinking: the United States has grown by 75 million people since 1990, but this has mostly occurred in cities and suburbs. Rural areas have lost some 3 million people. Since the 1990s, problems such as crime and opioid abuse, once associated with urban areas, are increasingly rural phenomena.

While there have been many solutions to try to rejuvenate these areas, none of them seem to have taken hold. That is primarily because of a now wholly globalized, Hobbesian economy and remarkable if unsettling leaps in worker-replacement technology and Artificial Intelligence.

Robots and workers in China put together most of the manufactured goods that Americans buy, and the high-tech industries powering the economy today don’t have much need for the cheap labor that rural communities contributed to America’s industrial past. They mostly need highly educated workers. They find those most easily in big cities, not in small towns.

Even the people recommending a revolution in rural investment suggest targeting areas that lie near major cities (“big tech hubs”), because those are the areas with the existing infrastructure to support such efforts, and more importantly, those are the areas where highly skilled workers are likely to be found. There’s a reason, for example, that Amazon just decided to build a new campus in Austin, Texas rather than even a medium sized city in the state.

This is the inescapable reality of agglomeration, one of the most powerful forces shaping the American economy over the last three decades. Innovative companies choose to locate where other successful, innovative companies are. That’s where they can find lots of highly skilled workers. The more densely packed these pools of talent are, the more workers can learn from each other and the more productive they become. This dynamic feeds on itself, drawing more high-tech firms and highly skilled workers to where they already are.

And if medium sized cities can’t compete for such job-creating industries, what chance is there for rural areas? The brutal conclusion for Porter is: not a lot.

So what to do? Rather than do nothing and let the people in these regions whither away (because most people living there can’t afford to leave), Porter suggests that we undertake some efforts geared to encourage relocation of people to where the jobs are. That would necessitate lowering the cost of living in some of the places that are thriving, most significantly, for housing. Revision of zoning rules to permit more affordable housing in around places like New York and San Francisco is one of his suggestions. Implementing a national strategy to revitalize rural communities would seem to be another. And assisting people in obtaining an education is an obvious one.

Making a combination of all these approaches a national priority is a natural fit for Democratic policy-making. In particular, a strategy of bringing people to the areas where these jobs are would appear to benefit the long term fortunes of Democrats in the same way cities promote inclusion and diversity. People are just less inclined to hate and fear something or someone they work with every day.

There is no easy solution to the problems faced by rural America. But the failure of Trump and the Republicans to do anything but enrich themselves and their donor base with perversely counterproductive tax cuts provides Democrats with an enormous and inviting opportunity to make inroads with these potential voters without compromising our values. Because everyone wants a good place to work.