Here are the five boogeymen that keep Trump awake at night 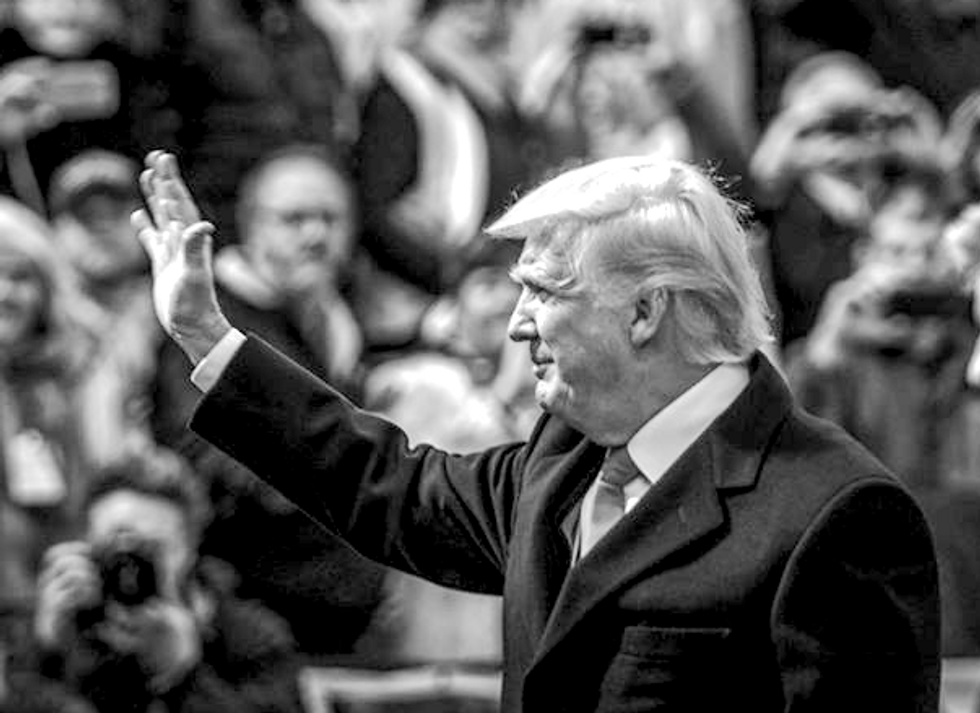 From a legal standpoint, the final weeks of 2018 have been difficult for President Donald Trump and his associates. Michael Cohen (Trump’s former personal attorney) was sentenced to three years in federal prison, Judge Emmet Sullivan read Michael Flynn (Trump’s former national security advisor) the riot act, and the plea deal that Paul Manafort (Trump’s former campaign manager) had with Special Counsel Robert Mueller came to a bitter end when Mueller determined that Manafort had been lying to him repeatedly. But as many legal challenges as Trump and his associates (who veteran television journalist Dan Rather has described as a “flock of felons”) have faced in 2018, 2019 is likely to bring them even more legal headaches. On top of ongoing investigations from Mueller’s office and the U.S. Attorney’s Office for the Southern District of New York, they will have a Democrat-dominated House of Representatives to contend with. Trump’s legal worries will increase, not decrease, in 2019.

Here are five government entities that Trump and his associates, from a legal standpoint, will need to worry about in the new year.

Democrats enjoyed a net gain of 40 seats in the House of Representatives in the 2018 midterms, and that new Democratic House majority is sure to bring about an abundance of investigative committees and subpoenas in 2019. Some of the key House Democrats that Trump and his associates will need to be concerned about in the new year include Rep. Maxine Waters (who will head the House Committee on Financial Services) and Rep. Adam Schiff (who will head the House Intelligence Committee). Waters and Schiff have made it abundantly clear that Trump-related investigations will be a high priority for them in 2019.

It remains to be seen what Mueller’s final report for his Russiagate probe will reveal, but one important thing to remember is that the special counsel has been incredibly guarded with his information. Mueller has carefully avoided the media, and his recent sentencing memos on Flynn and Cohen were heavily redacted when they were made public. Although Mueller’s probe has led to an abundance of indictments, guilty pleas and prosecutions since 2017, Mueller has revealed only a fraction of what he knows—and it’s entirely possible that the biggest bombshells are yet to be revealed.

Mueller’s team are not the only federal prosecutors who have been paying close attention to Trump and his associates in 2017 and 2018—the U.S. Attorney’s Office for the Southern District of New York have been paying close attention as well. In fact, most of the federal crimes Cohen has pled guilty to were for charges brought about by the Southern District. When Cohen recently pled guilty to lying to Congress about plans to build a Trump Tower in Moscow, he did so for Mueller’s team. But all eight of the counts Cohen pled guilty to on August 22—which ranged from tax evasion and bank fraud to campaign finance violations—were part of his plea agreement with the Southern District of New York.

The legal woes of Trump and his associates not only exist at the federal level but also at the state level. And because so many of his business interests are in New York City, they fall under the jurisdiction of the state attorney general’s office for New York State. Barbara Underwood, New York State’s acting attorney general, has been a major thorn in Trump’s side; the president recently agreed to shut down his Trump Foundation after Underwood lambasted him for using the charity for personal and political benefit. But Letitia James, who will be replacing fellow Democrat Underwood in January, is likely to be even more aggressive when it comes to Trump-related investigations. Elected in the 2018 midterms, James campaigned on thorough, comprehensive investigations of the Trump Organization and the Trump family. James recently told NBC News that in 2019, “We will use every area of the law to investigate President Trump and his business transactions and that of his family as well.”

On December 13, Russian citizen and Washington, DC resident Maria Butina pled guilty to illegally acting as an unregistered foreign agent and agreed to cooperate with federal prosecutors. According to the U.S. Attorney’s Office Court for the District of Columbia, Butina was reporting to Russian politician/oligarch Alexander Torshin (who has close ties to President Vladimir Putin) when she infiltrated the National Rifle Association (NRA) and the Republican Party. Although the federal prosecution of Butina was separate from Mueller’s investigation, his team will no doubt be paying close attention to what she has to say in 2019 about the Russian Federation and the Republican Party.