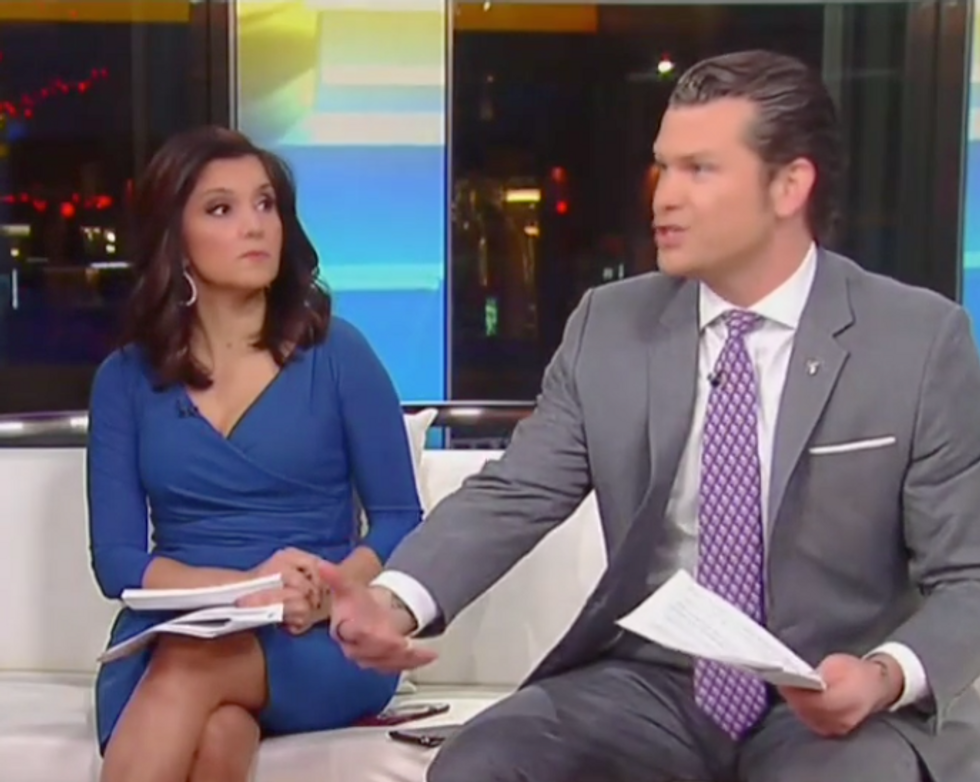 Three Fox & Friends hosts on Sunday disagreed about who is not killing migrant children at the border: the Trump administration or Democrats.

“You talk about a tragedy,” Fox News host Pete Hegseth opined. “There was the tragic death of two migrant children, which no one wants, everyone’s willing to talk about, obviously they were in bad shape when they went into custody but you still do everything you can.”

According to Hegseth, President Donald Trump took the issue “head on” with a tweet blaming “Democrats and their pathetic immigration policies” for the deaths of children.

“And neither did the Democrats,” co-host Ed Henry added, pushing back on Trump’s tweet.

“Well, they created policies that incentivize illegal immigration,” Hegseth shot back. “Not saying they killed them! But the policies are dumb.”

“Democrats are not the ones shouldering them being killed, let’s be clear,” Henry replied.

“I didn’t say that,” Hegseth complained.

“That’s what the president said,” Henry pointed out.

“Is it compassionate to have policies that incentivize people to bring children as a free pass to get in?” Campos-Duffy said, spinning the argument. “Because it’s easier, in fact, if you’re a smuggler — they are actually giving the immigrants that are coming over a lower price to bring them over if they bring a child with them. Because they are more likely to get over the border.”

“Children are definitely being used as pawns in this,” she continued. “And they’re dying. By the way, it’s not just dying. Thirty percent of girls are sexually assaulted, 20 percent of boys. This is a very dangerous journey. The compassionate thing to do would be to stop this.”

“I just think that this president doesn’t need to take the extra step of saying, the kids who died, it’s the Democrats’ fault,” Henry observed. “How do you get the Democrats to the table to negotiate when you accuse them of being to blame?”

“By pointing out the failure of their policies!” Hegseth quipped.

“Period, end of sentence,” Henry later added. “You don’t need to say, kids died because of you [Democrats].”