Will newly elected Democrats finally stand up for workers' rights -  or cave to corporate interests? 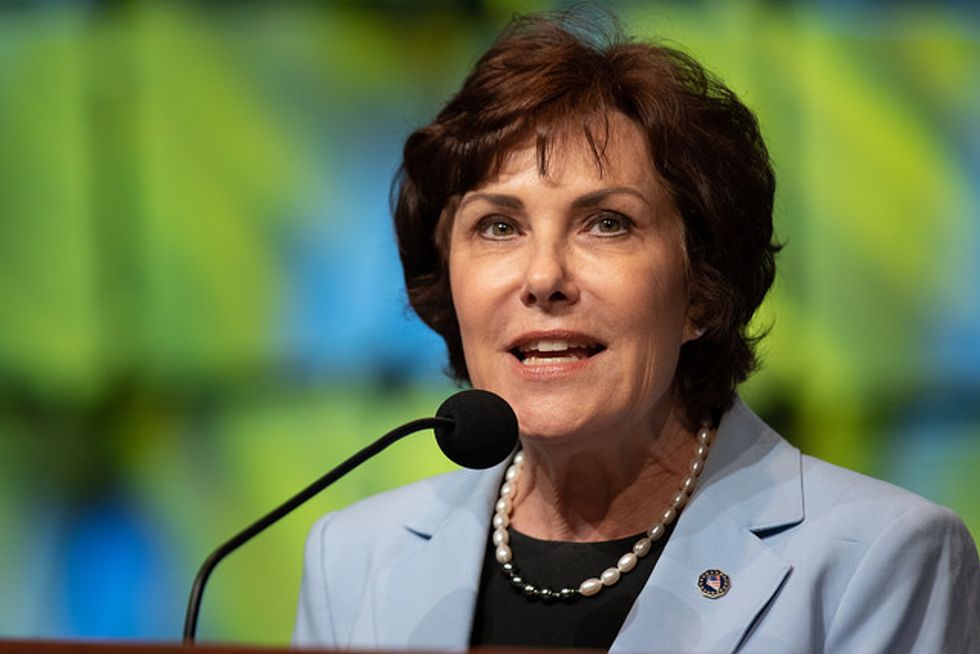 In his victory speech on election night, U.S. Rep. Conor Lamb said he would always remember the union members who helped him defeat two Republican incumbents in one year.

In his first contest last spring, in a district that went for President Donald Trump by nearly 20 points and that had elected a Republican to the House for 15 years, Lamb received massive support in the form of door knocking and phone banking from members of the labor union I lead, the United Steelworkers, and from several others, including the Service Employees International Union.

Lamb recalled that help when he listed his priorities on his website. They include, he wrote, “protecting Social Security and Medicare as well as fighting for good jobs and strong unions.” And he spoke with pride of his connection to labor at his victory party, “These unions have fought for decades for wages, benefits, working conditions, basic dignity and social justice. ... You have brought me into your ranks to fight with you... I am proud to be right there with you.”

Unfortunately, he’s an exception. Far too many so-called representatives of the people forget the working men and women who volunteered their valuable time to canvass and call and convince for them. They respond only to the demands of CEOs and Wall Street fat cats. Captured by big money, they neglect their roots, renege on their promises, obstruct organized labor.

That’s how workers get crushed with crappy trade deals like NAFTA. That’s how anti-union legislation gets passed. That’s how OSHA is underfunded and the minimum wage is emaciated.

In this election cycle, union workers knocked on more than 2.3 million doors and distributed 5 million fliers at more than 4,600 worksites to support labor-endorsed candidates. Many of them won. That includes more than 740 union members elected to political offices across the country, from Jacky Rosen for Nevada’s U.S. Senate seat to Gretchen Whitmer and Tim Walz for governor’s offices in Michigan and Minnesota. Like Conor Lamb, these newly elected officials can be expected to honor their labor roots.

This is important because even though Democrats won a majority in the U.S. House, some are talking crazy talk.

They’re pushing for “open trade” and a “post-industrial economy.”

Many of those workers voted for Donald Trump because he promised to save their jobs. And he did—not with lawless open trade, but with tariffs on steel and aluminum designed to preserve these American industries essential to national defense. He did it with $250 billion in tariffs on Chinese imports intended to pressure Beijing to stop stealing U.S. trade secrets and to stop compelling U.S. corporations to transfer intellectual property in exchange for access to the Asian market.

Those presidential actions are vital to American manufacturing. They must remain in force—except that Canada should be exempt from the steel and aluminum tariffs because it is an ally, not a threat.

But, in many other ways, the administration has injured workers.

Under this administration, the Labor Department has dawdled on qualifying more workers for overtime pay and diluted and delayed worker safety regulations. The National Labor Relations Board (NLRB) has proposed making it more difficult for fast-food workers to unionize and reversed a ruling that enabled small groups of workers to form unions.

The Supreme Court, with a Trump appointee, empowered corporations to strip workers of their rights to join together to sue employers and to sue them in public courts rather than submit to corporate-controlled arbitration. And the Supreme Court decided that public employees don’t have to pay dues—or even smaller payments in lieu of dues—to labor unions that are required to bargain for them and represent them in grievances. The unions, the court decided, must provide free services to those who choose not to join.

Then there is the minimum wage. After nearly a decade stuck in cement, it is a degrading $7.25 an hour. Starvation wages. Corporations that pay $7.25 are padding their payrolls with government benefits including food stamps and Medicaid.

And there are multiple problems for workers in the proposed new NAFTA, aka the U.S.-Mexico-Canada Agreement (USMCA). It’s better than NAFTA. But not good enough. For example, starting in 2020, to receive zero-tariff treatment, 30 percent of labor to build cars and trucks would have to performed by workers earning $16 an hour. That would gradually rise to 40 percent by 2023.

But $16 is too low to begin with, and it doesn’t increase with inflation. That won’t stop U.S. auto manufacturers from moving jobs to Mexico.

In addition, USMCA says Mexican workers must have the ability to organize unions and collectively bargain for better wages and working conditions. That’s great, but Mexico must pass—and enforce—legislation for that to happen. And it has not. Wages in Mexico have been virtually flat since NAFTA took effect in 1994. American manufacturing workers should not be put in the position of competing for jobs with Mexican manufacturing workers laboring for $2.30 an hour.

This is, however, a new day with labor union members and a diverse group of Democrats taking the majority in the U.S. House in January. Among their great challenges is reversing the measures that have battered workers and their families. They have a great guide in Conor Lamb, who made his priorities clear on election night:

“I am a Pennsylvania Democrat, a proud Western Pennsylvania Democrat. This is the party of my grandfather. He believed in FDR, who taught us all that people have a right to know that their government walks on their side of the street. What that means is I will work on the problems our people face, secure their jobs and pensions, protect their families.”