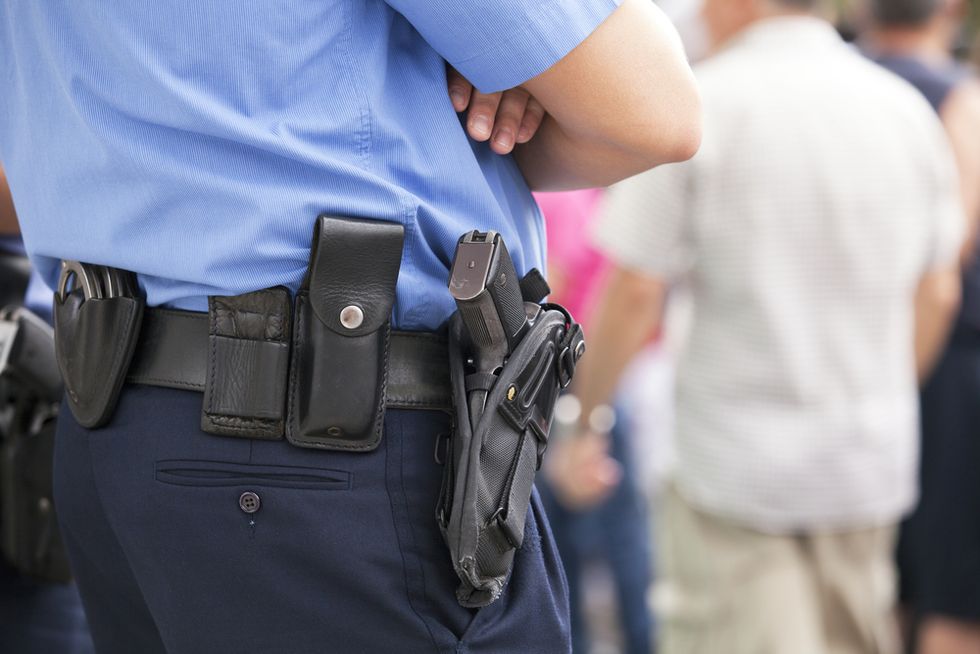 If there was any doubt that when the NRA says “good guy with a gun” it actually means “white guy with a gun,” that doubt was removed over the holiday. On Black Friday, police in the Birmingham suburb of Hoover were trumpeting how one of their officers killed an “active shooter” at a local mall, potentially stopping a mass shooting. The police issued a statement describing what had happened.

“...two males engaged in a physcal altercation on the second floor concourse area of the Riverchase Galleria, near the entrance to the Footaction. During the fight, one of the males produced a handgun and shot the other male twice in the torso. Two uniformed Hover Police officers providing security at the mall were in close proximity and heard the gunshots. While moving toward the schooting scene, one of the officers encountered a suspect brandishing a pistol and shot him. That individual, a 21-year-old male from Hueytown, was pronounced dead at the scene.”

As the Root reports, the police described this dead man as the shooter who had wounded both an 18-year-old man and a 12-year-old girl at the mall. But a few hours later, the police were forced to make a second statement after it became uncomfortably clear that the dead man had not fired a gun. In this statement, they admitted that Bradford had not shot either the 18-year-old or the 12-year-old, but still claimed he was “brandishing a weapon” and “fleeing the scene” when shot by the police. So …. good shoot.

But what police put down as “fleeing the scene” appears to actually represent chasing the real criminal. Emantic Fitzgerald Bradford Jr, the 21-year-old black man shot by the police in an Alabama mall, was the son of a Birmingham police officer and a decorated soldier who was uninvolved in the shooting, beloved by his community, and possibly attempting to stop the person who had opened fire in the mall. But after police shot him dead … they let the actual shooter get away.