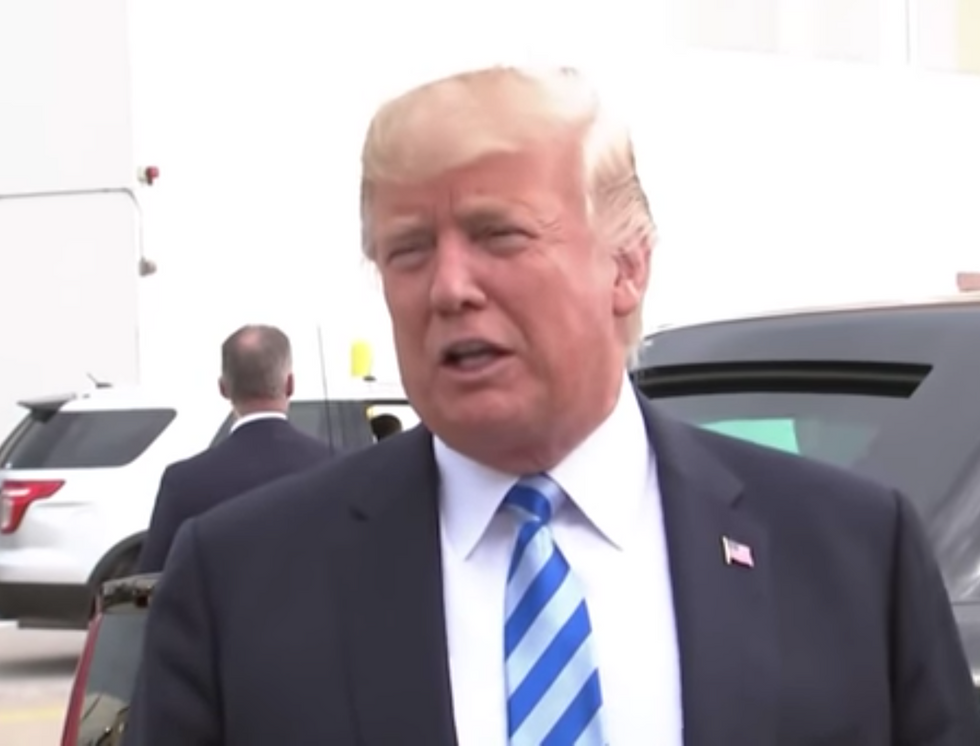 In yet another blow to President Donald Trump's reputation, the residents of a condo tower at 200 Riverside Boulevard in Manhattan, known as "Trump Place," have successfully removed the "Trump" signage from their building:

The residents of a Manhattan condominium called "Trump Place" have voted to remove the president's name from the tower's facade, the latest in a string of properties that have distanced themselves from the Trump brand since Election Day 2016.

Unit owners in the Upper West Side building, a 46-story tower at 200 Riverside Boulevard, were informed of the decision to remove the signs Wednesday afternoon in an email from the condo board.

According to the email, 69.3 percent of owners who participated in a vote in September and early October said they were in favor of taking down President Trump’s name. As a result, the board said, it had "passed a resolution to remove the Signage."

Per the Washington Post, the building, which is part of a development Trump financed in the 90s, was the focus of a legal threat from the Trump Organization in March 2017, after its residents were informally polled on removing the signage, claiming that doing so would breach their licensing agreement. The condo board responded by suing the Trump Organization. A judge ultimately ruled the condo board could remove the signage, as long as it was by a vote of the residents.

As Washington Post reporter David Fahrenthold notes, 200 Riverside Boulevard is the seventh Trump-branded property to ditch his name since he was elected president. Four other buildings in New York City have discarded the name, as have buildings in Toronto and Panama.