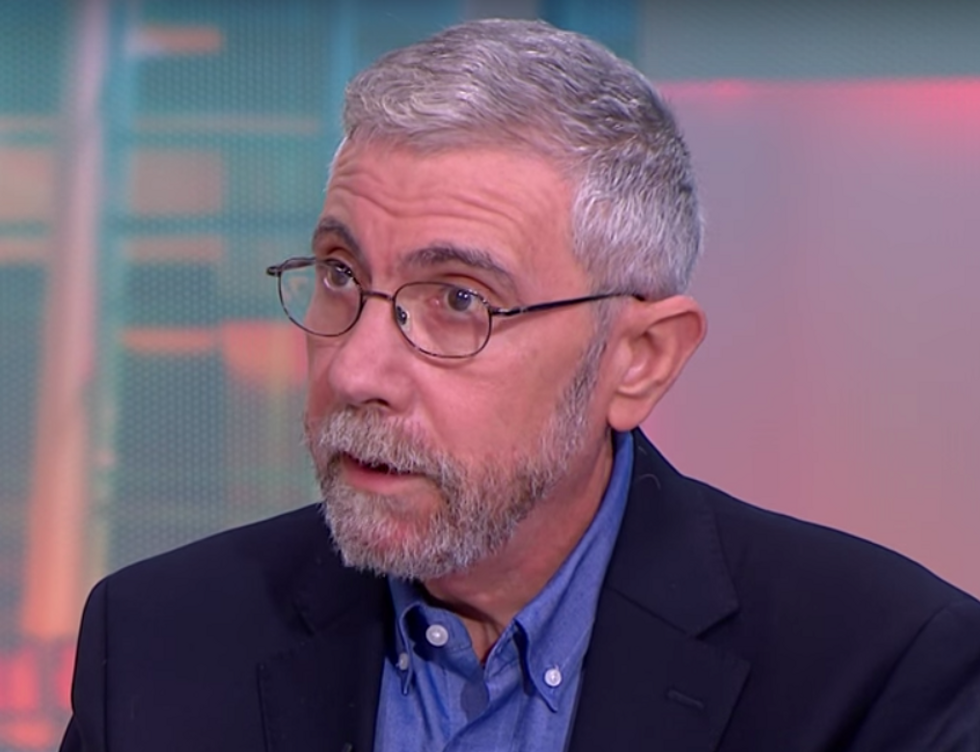 It's been ten years since Lehman Brothers collapsed — a seminal event at the start of the 2008 financial crisis and subsequent great recession that still haunt the world to this day.

As the experts continue to debate the causes, contributing factors, and quality of the response to the crisis, there's general agreement that while the official response mitigated some of the worst possible outcomes, much more could have been done to protect the American economy and the well-being of families across the country.

One key tool the administration had to mitigate the recession was a fiscal stimulus, which President Barack Obama enacted through the American Recovery and Reinvestment Act. But many argued at the time that the bill wasn't nearly big enough for the size of the problem and that more stimulus could have protected many more people from years of joblessness and financial strife.

Economist Paul Krugman argued in a New York Times op-ed Wednesday that there were three main types of villains in the story of the recession that prevented the government from unleashing more fiscal stimulus:

First, we can argue whether the Obama administration could have gotten more; that’s a debate we’ll never see resolved. What is clear, however, is that at least some key Obama figures were actively opposed to giving the economy the support it needed. “Stimulus is sugar,” snapped Tim Geithner at Christina Romer, when she argued for a bigger plan.

Second, Very Serious People pivoted very early from concern about the unemployed – hey, they probably lacked the necessary skills – to hysteria over deficits. By 2011, unemployment was still over 9 percent, but all the Beltway crowd wanted to talk about was the menace of the debt.

Finally, Republicans blocked attempts to rescue the economy and tried to strangle government spending every step of the way. They claimed that this was because they cared about fiscal responsibility – but it was obvious to anyone paying attention (which unfortunately didn’t include almost anyone in the news media) that this was an insincere, bad-faith argument. As we’ve now seen, they don’t care at all about deficits as long as a Republican is in the White House and the deficits are the counterpart of tax cuts for the rich.

He also faults the fact that the bank bailouts didn't just benefit the banks but the bankers who played a key role in the crisis. And he warns that there's little sign that the country as a whole has learned the right lessons from 2008.

"It’s a story that’s both sad and nasty," he said. "And there’s every reason to believe that if we have another crisis, it will happen all over again."