From the Legal Drinking Age When to When He Lost His Virginity: Here Are All the Lies Kavanaugh Told on Fox News 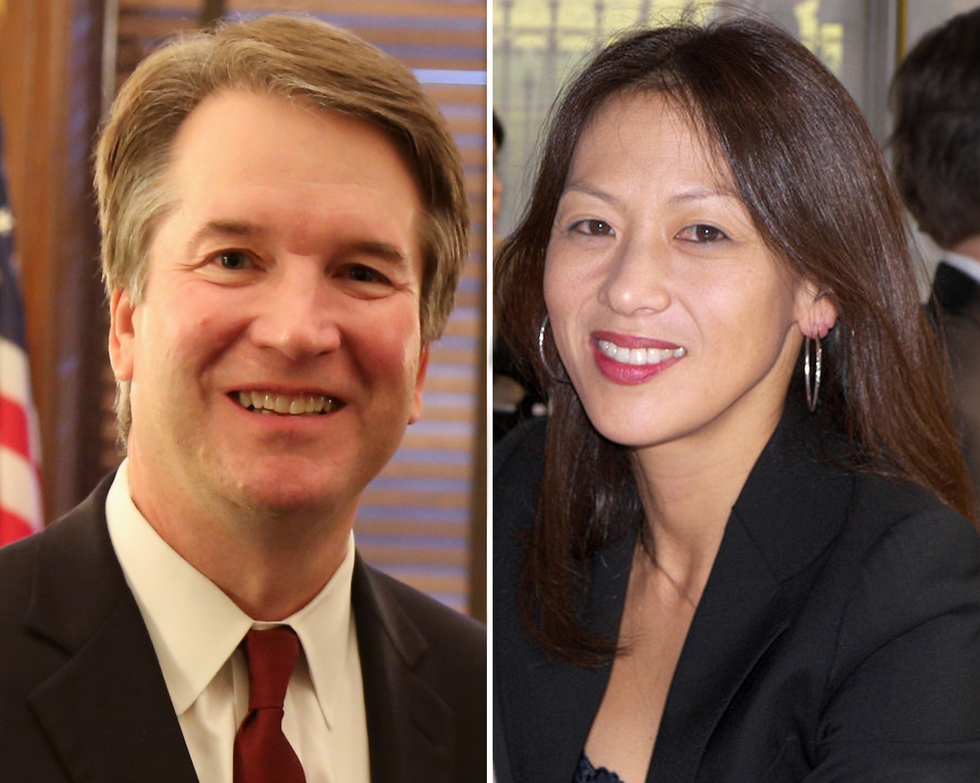 Ahead of Thursday’s hearing on Dr. Christine Blasey Ford’s assault allegation, Supreme Court nominee Brett Kavanaugh chose to take to Fox News with wife Ashley in tow. There, he struggled as much with the truth as he did during his confirmation hearings—maybe more.

To oversimplify, Kavanaugh claimed he couldn’t have sexually assaulted women in high school and college because he was a virgin.

In new excerpt from Fox interview, Kavanaugh says he was a virgin in high school and "many years thereafter."

Sir. Not only is that not a guarantee that you have not sexually assaulted anyone, but why do you keep coming up with all the wrong excuses for someone who allegedly didn’t do anything?

Having expanded from denying that he’d ever sexually assaulted someone to claiming that he hadn’t even had “anything close to sexual intercourse” into his mid-20s, Kavanaugh’s offered up yet another unforced statement that can be easily disproved if he’s lying.

Kavanaugh’s virginity claim is the least of it. We don’t know that he’s lying about that yet, whereas numerous other statements conflict with public record.

[Kavanaugh] tried to depict himself as a choir boy, telling MacCallum that in high school he was focused on “trying to be number one in my class and being captain of the varsity basketball team and doing my service projects, going to church… being a good friend to the boys and the girls that I was friends with.” But not only was he stiff and unconvincing, he also put information on the record that could be disproven by previous statements he’s made, both in speeches and in his high school yearbook.

The judge’s yearbook entry alone thoroughly discredits his claims about his behavior in high school.

Kavanaugh’s entire yearbook entry seems like a horrible frat brag about drinking and hooking up with girls, but sure, yeah, nothing about these allegations is ringing true for me. https://t.co/CMg7fIwoJ3pic.twitter.com/g08UIdaiOc

Then there’s the fact that, as Joan McCarter wrote this morning, Kavanaugh’s drinking age-based excuse is facially flawed.

Also unforced: “I was never at any such party” and Kavanaugh’s claim he’s never blacked out from drinking too much alcohol. With the latter statement, Kavanaugh forfeits any claim to not remembering the incident when Ford’s allegation is substantiated, as seems likely.

Kavanaugh’s one witness away from being exposed for having offered multiple needless lies independent of his guilt or innocence with respect to sexual assault.

The biggest lie that Kavanaugh’s Fox interview revealed, of course, is his claim to being above politics. What could be more political? He’s (a) on Fox, a friendly and hyper-political setting, (b) using his wife as a prop, and (c) doing something that only candidates to office do.

And, “I’m not going anywhere”? That’s about the least judicial thing he could have said. A nominee who cared about judicial independence and integrity—who could prove their innocence—would never have chosen Fox News over an FBI investigation.

Perhaps Brett Kavanaugh was a virgin for many years after high school. But he claimed otherwise in a conversation w… https://t.co/CN3Hmxsz5x
— Steve Kantrowitz (@Steve Kantrowitz) 1537886220