Here's How Much Trump's Golf Cart Rentals Have Cost US Taxpayers 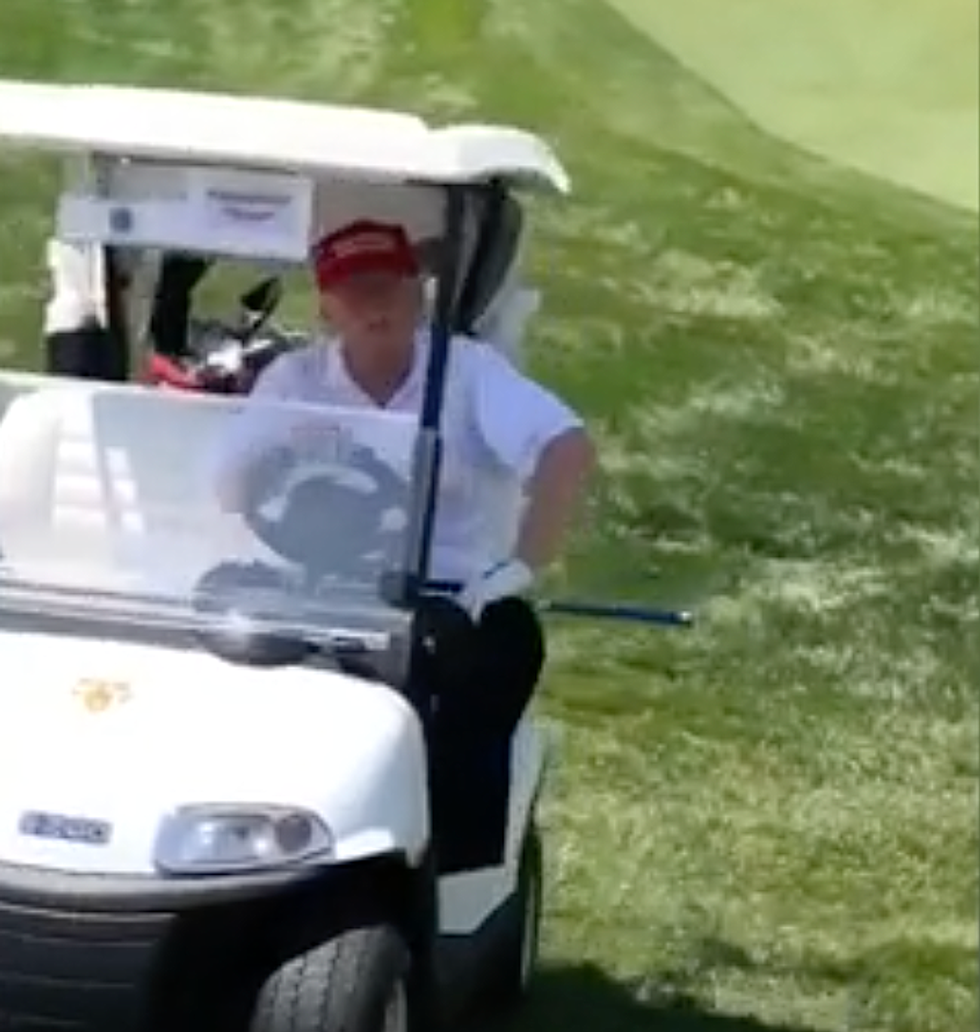 Everyone knows that President Trump likes to play golf. The white supremacist in chief is playing more golf than any previous president. Trump likes to reward world leaders and other people paying for golf with Trump by giving them tours of Air Force One. TMZ is now reporting that they have gotten their hands on federal documents showing taxpayers have had to pay out about $300,675 for golf cart rentals… alone.

Many of the expenses emanate from Trump's Mar-a-Lago excursions. And, get this ... since taking office Trump has reportedly spent 153 days at golf properties, which explains why the golf cart rental is sky high.

Since Trump took office, the total expense of his golf outings cost taxpayers an estimated $77 MILLION.

According to TMZ, those costs do not include all of the golfing Trump has done abroad. Trump’s “golfing prowess” is based on him cheating and lying and being a rather average person with lots of money and power. In fact, bestselling author Rick Reilly is going to release a book soon about the fact that Donald Trump is about as ethically challenged when it comes to golfing as he is in the rest of his life.

Hachette Books announced Wednesday that Rick Reilly's "Commander in Cheat: How Golf Explains Trump" will come out next May. Hachette is calling the book a close study of Trump's "ethics deficit" on the course and what it says about him as a leader. Reilly is a longtime contributor to Sports Illustrated and CNN. He's basing his book on firsthand observations, along with interviews with everyone from golfing partners to caddies.

TMZ founder Harvey Levin has up until recently been a very big Trump supporter, so this report ads to rumors from a couple of weeks ago—reported by Spin magazine—that the two yucky men have had a falling out. Either way, Trump’s been a terrible drain on our country, not only financially, but emotionally, psychologically, and philosophically.