'He Took a Page Out of the Donald Trump Playbook': MSNBC Legal Analyst Explains the Huge Mistake Kavanaugh Made in His Testimony 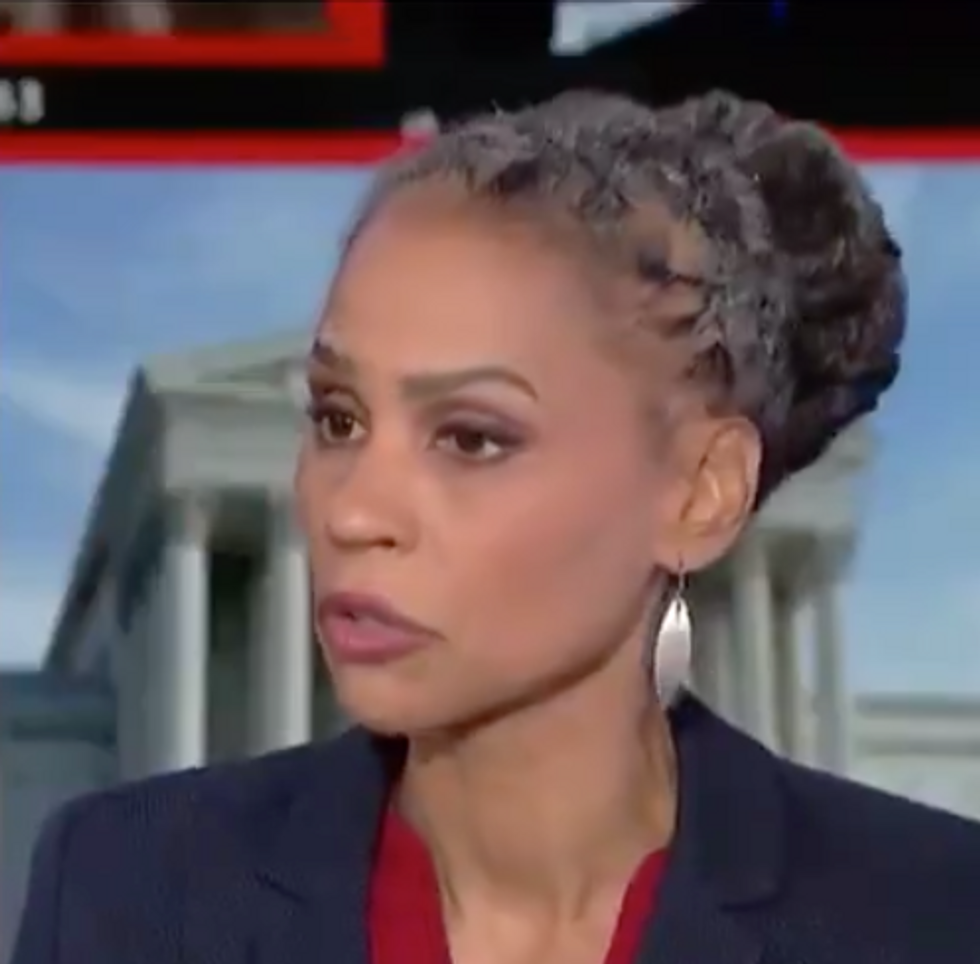 Judge Brett Kavanaugh surprised many observers Thursday in his testimony before the Senate Judiciary Committee about claims that he committed sexual assault by displaying wild swings of emotion, from full-on rage to weeping with grief. At different points during his testimony and his question periods, he shouted, engaged with hostility toward Democrats, and denounced the proceedings in fiery language.

Maya Wiley, an MSNBC legal analyst, noted that Kavanaugh's decision to display so much open anger was a startling choice — and one that would be considered a huge mistake in a criminal trial.

But she noted that this surprising reaction may not be much of a shock considering who nominated Kavanaugh for a Supreme Court seat.

"Watching it as an attorney, I was cringing," Wiley said. "Because if you have a client who is accused of a violent crime — and fundamentally, sexual assault is a crime of violence — the last thing you want is your client to go on a witness stand and show anger and belligerence and aggression. You want the Judge Kavanaugh that actually showed up at the previous hearings who was much more measured, much more judicial. And I think what that indicated is: Who was his audience?"

She continued: "It feels like he took a page out of the Donald Trump playbook in terms of responding to allegations of sexual assault, rather than a page out of a book of empathy and a book of balance."