In a case to be heard in the coming months, the U.S. Supreme Court could decide that state legislatures have control over congressional elections, including the ability to draw voting districts for partisan political advantage, unconstrained by state law or state constitutions.

At issue is a legal theory called the “independent state legislature doctrine,” which is posed through the court’s consideration of a dispute over gerrymandered North Carolina congressional districts. In early 2022, North Carolina state courts found the legislature violated the state constitution when it drew gerrymandered congressional districts favoring Republicans. The legislature has claimed that the U.S. Constitution gives it authority, unfettered by state courts’ interpretation of the state constitution or laws, to regulate congressional elections, and is asking the Supreme Court to agree.

If the court agrees, it could free state legislatures to take power away from voters – “We the People” in constitutional parlance – and reverse a two-century trend toward expanding the power of the people in congressional elections.

Power of the people in early America

The unamended Constitution required United States senators be chosen directly by their state legislatures, not by voters directly. That was the case until the 17th Amendment was ratified in 1913, which requires U.S. senators to be elected by the people.

The Constitution has always required United States representatives be chosen by the people, but who could vote was severely limited. 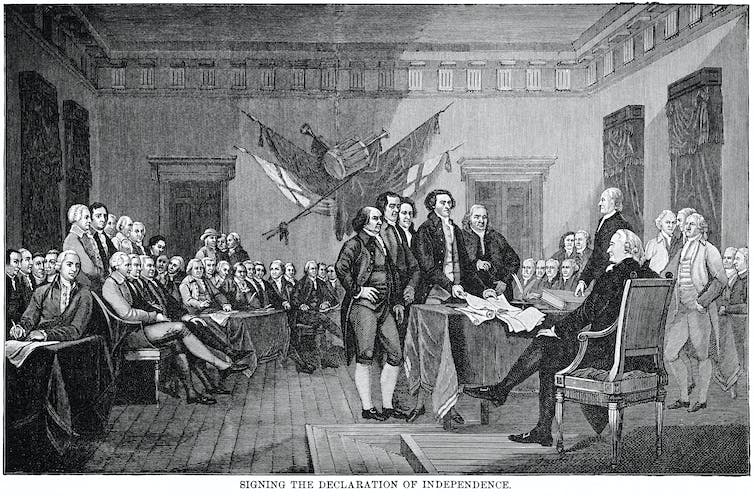 The Founders restricted voting to white men who owned property.

America’s late-18th century vision of democracy treated voting as a privilege to be doled out by the state, not a right. Voting was typically limited to a narrow band of people – adult white men with property.

Some states, including North Carolina and New Jersey, allowed women or free Black men, or both, to vote in the late 18th and early 19th centuries. Nonetheless, who could exercise power in congressional or state elections was a matter of grace provided by state legislatures.

Power of the people today

As U.S. democracy matured, the people gained power as the electorate expanded through various constitutional amendments.

Voting remains a right provided by each state. However, the states can no longer limit the right to vote based on race, sex, failure to pay a poll tax or age if a voter is 18 years or older. Functionally, adult citizens who have not been convicted of a crime have the right to vote in federal and state elections.

In addition, the value of a vote is protected. In the 1960s, the Supreme Court recognized the one-person, one-vote doctrine under the Constitution. That doctrine requires each congressional district in a state to contain approximately the same number of residents.

In the wake of the one-person, one-vote doctrine, each vote carries approximately the same weight.

Providing voting power to the people makes representatives more accountable and answerable to their constituents. Adopting the independent state legislature doctrine may reverse the accountability.

Those who advocate the legitimacy of this doctrine say it rests on the Constitution’s grant to state legislatures of regulatory power over congressional elections in Article I, Section 4.

That section reads: “The Times, Places and Manner of holding Elections for Senators and Representatives, shall be prescribed in each State by the Legislature thereof; but the Congress may at any time by Law make or alter such Regulations.” It gives state legislatures the primary authority to run congressional elections, subject to congressional regulation through federal law.

In addition, state legislative power has been treated as though it is constrained by other state governmental actors. In many states, governors may veto redistricting maps they deem unfair or improper. Similarly, as in the North Carolina case, courts may deem such maps unlawful or unconstitutional. 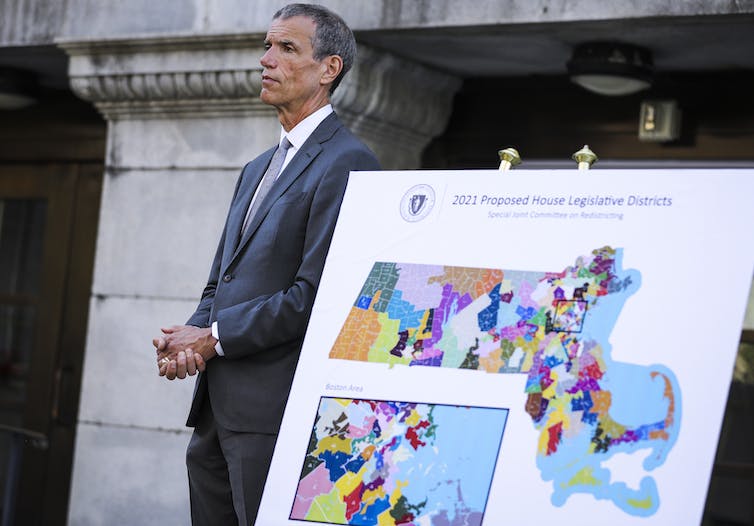 However, in a well-functioning democracy, state constitutional and statutory law should reflect the preferences of a state’s people. The Supreme Court reminded the Arizona legislature of this point in a 2015 ruling that allowed a citizen initiative in that state to bypass the legislature in redistricting, instead requiring congressional districts to be drawn by an independent commission. If the independent state legislature doctrine were to be adopted by the current Supreme Court, that power could not be exercised by citizens.

If the court adopts the independent state legislature doctrine, legislatures would still be subject to regulation by the U.S. Constitution and by federal law, such as the Voting Rights Act.

Over time, citizens have gained more control over state legislatures through an expanded vote and by becoming a larger part of the lawmaking apparatus of many states.

The independent state legislature doctrine threatens to make the power of the people a matter of grace again, reinstating an anachronistic vision of democracy long thought to have passed.