Maybe she had so much money she just lost track of it. Maybe it was all a misunderstanding.

That’s how Anna Sorokin’s marks explained away the supposed German heiress’s strange requests to sleep on their couch for the night, or to put plane tickets on their credit cards, which she would then forget to pay back.

The subject of a new Netflix series, “Inventing Anna,” Sorokin, who told people her name was Anna Delvey, conned over $250,000 out of wealthy acquaintances and high-end Manhattan businesses between 2013 and 2017. It turns out her lineage was a mirage. Instead, she was an intern at a fashion magazine who came from a working-class family of Russian immigrants.

Yet the people around her were quick to accept her odd explanations, even creating excuses for her that strained credulity. The details of the Sorokin case mirror those from another recent Netflix production, “The Tinder Swindler,” which tells the story of an Israeli conman named Simon Leviev. Leviev persuaded women he met on the dating app to lend him large sums of money with similarly unbelievable claims: He was a billionaire whose enemies were trying to track him down and, for security reasons, couldn’t use his own credit cards.

How is it that so many people could have been gullible enough to buy the fantastical stories spun by Sorokin and Leviev? And why, even when “[t]he red flags were everywhere” – as one of Sorokin’s marks put it – did people continue to believe these grifters, spend their time with them and agree to lend them money?

As a social psychologist who has written a book about our surprising power of persuasion, I don’t see this as an unusual glitch of human nature. Rather, I view the stories about Sorokin and Leviev as examples of bad actors exploiting the social processes people rely on every day for efficient and effective human communication and cooperation.

To trust is to be human

Despite the belief that people are skeptics by nature, primed to shout “gotcha!” at any mistake or faux pas, this simply isn’t the case. Research shows that people tend to default to trusting others over distrusting them, believing them over doubting them and going along with someone’s self-presentation rather than embarrassing them by calling them out.

Elle Dee, a DJ whom Delvey once asked to pick up a 35,000-euro bar tab, described the ease with which people went along with Delvey’s claims: “I don’t think she even had to try that hard. Despite her utterly unsound story, people were all-too-eager to buy it.”

It still might be hard to believe that people in Sorokin’s circle would willingly hand over their money to someone they hardly knew.

What’s fascinating about these studies is that most participants are cynical about ever seeing their money again – let alone any returns on their investment – and yet they still hand it over. In other words, despite deep reservations, they still choose to trust a complete stranger. 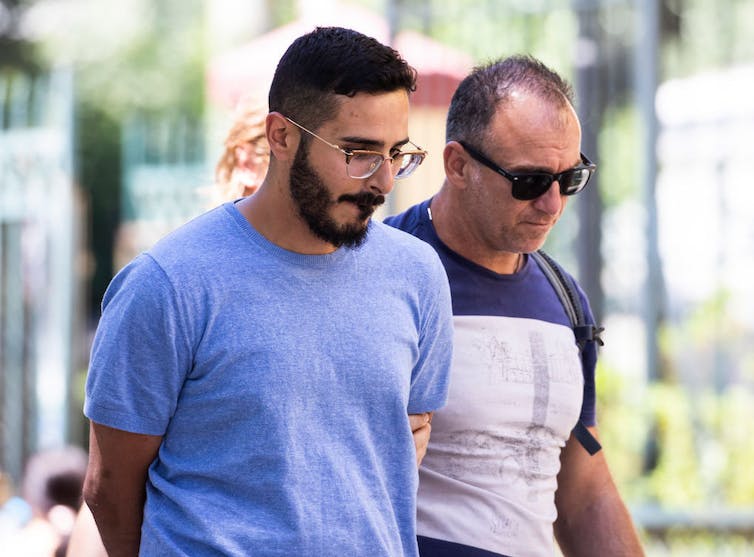 Simon Leviev wooed women on the dating app Tinder before persuading them to give him access to cash and credit cards.

There’s something deeply human about this impulse. Humans are social creatures, and trusting one another is baked into our DNA. As psychologist David Dunning and his colleagues have pointed out, without trust it is hard to imagine endeavors like Airbnb, car shares or a working democracy having any success.

Lies are the exception, not the norm

Of course, Sorokin’s requests were often accompanied by elaborate explanations and justifications, and you might wonder why so few people seemed to doubt the veracity of her claims. Yet just as trust is a default of human interaction, a presumption of sincerity is a default expectation of basic communication.

This maxim of communication was first proposed by Paul Grice, an influential philosopher of language. Grice argued that communication is a cooperative endeavor. Understanding one another requires working together. And to do that, there must be some ground rules, one of which is that both parties are telling the truth. 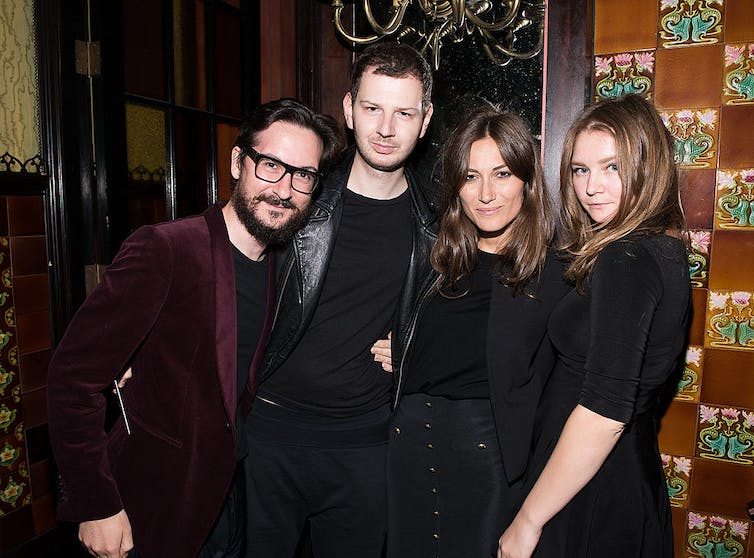 Sorokin – then known to her acquaintances as ‘Anna Delvey’ – appears, far right, at a fashion award ceremony in New York City in 2014.

In an era of “truthiness” and “fake news,” such a premise may seem absurd and naϊve. But people lie far less than you might think; in fact, if the default assumption were that the person you were talking to was lying, communication would be nearly impossible. If I challenged you on whether you read every book you claimed to have read, or whether the steak you had last night was really overcooked, we’d never get anywhere.

Researchers have found experimental evidence for what is sometimes called the “truth default.” In one series of studies, researchers asked participants to evaluate whether statements were true or false. Sometimes the participants were interrupted so they couldn’t fully process the statements. This allowed the researchers to get at people’s default assumption: When in doubt, would they default to belief or disbelief?

It turns out that when participants weren’t able to fully process statements, they tended to simply assume they were true.

A reluctance to accuse

Even if Sorokin’s marks were to doubt her story, it’s unlikely that they would have called her out on it.

[You’re smart and curious about the world. So are The Conversation’s authors and editors.You can read us daily by subscribing to our newsletter.]

The sociologist Erving Goffman’s classic theory of “facework” argues that it is as uncomfortable for us to call someone else out – to suggest they aren’t who they are presenting themselves to be – as it is to be the person called out. Even when people see someone doing something they disagree with, they’re loath to say anything.

Other studies have explored this phenomenon. One found that people hesitate to call others out for using racist language they disagree with or for sexual harassment.

As much as you’d like to believe that if you were in the shoes of Sorokin’s and Leviev’s targets you would have been emboldened to blow the lid off the whole charade, chances are that rather than make things uncomfortable for everyone, you’d simply go along with it.

The tendency to trust, believe and go along with other people’s explanations of events may seem disadvantageous. And it’s true, these inclinations can expose people. But without trust, there is no cooperation; without assuming others are telling the truth, there is no communication; and without accepting people for what they present to the world, there is no foundation on which to build a relationship.

In other words, the very features that look like glitches when exploited are in fact the very essence of what it means to be human.