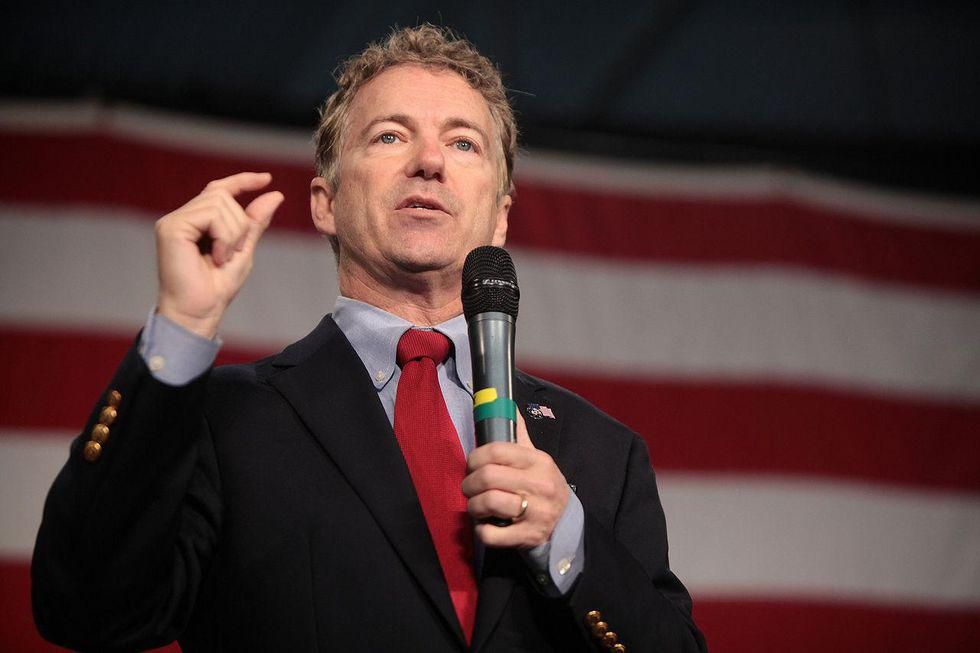 For months now, Sen. Rand Paul (R-Ky.) has insisted that face coverings do not protect against COVID-19. However, a new analysis published by The Washington Post has dismantled the senator's false claim.

The latest pushback against Paul's theory follows his remarks during a recent Fox News interview. During that appearance on Monday, November 29, the Republican senator cited the findings of a peer-reviewed study in Denmark that suggests mask-wearing "didn't work."

“When you talk about the peer-reviewed studies of masks, there was one done in Denmark, showed that it didn’t work. When you look at all of Sweden — 1.8 million children have not been wearing masks for the last two years, they’ve had zero COVID deaths. And you say, ‘Well, have the teachers been infected?’ Well, it turns out the teachers are infected at the same rate as the rest of the public. So, they’ve had no masks for a year, year and a half. And it has worked. And that’s a whole country.”

The Washington Post's Salvador Rizzo points out that Paul's reference to “peer-reviewed studies of masks” is actually based on one, isolated study and even with that, the senator has misconstrued some of the findings. Across various “peer-reviewed studies," masks are considered effective in mitigating the spread of the virus.

Rizzo noted that the study in Denmark, which consisted of 6,024 participants, was conducted closer to the onset of the pandemic during a time when most regions were under COVID lockdowns. At that time, the Annals of Internal Medicine study found that the group of participants wearing face coverings were "less likely to catch the virus than the unmasked group."

However, the study did not provide enough evidence to reach the conclusion Paul suggested. Despite the Kentucky senator's claims, the study actually did indicate that masks "could reduce coronavirus cases by up to 46 percent in circumstances like Denmark’s — or increase infections by up to 23 percent."

“Our results suggest that the recommendation to wear a surgical mask when outside the home among others did not reduce, at conventional levels of statistical significance, the incidence of SARS-CoV-2 infection in mask wearers in a setting where social distancing and other public health measures were in effect, mask recommendations were not among those measures, and community use of masks was uncommon,” the researchers wrote. “Yet, the findings were inconclusive and cannot definitively exclude a 46% reduction to a 23% increase in infection of mask wearers in such a setting. It is important to emphasize that this trial did not address the effects of masks as source control or as protection in settings where social distancing and other public health measures are not in effect.”