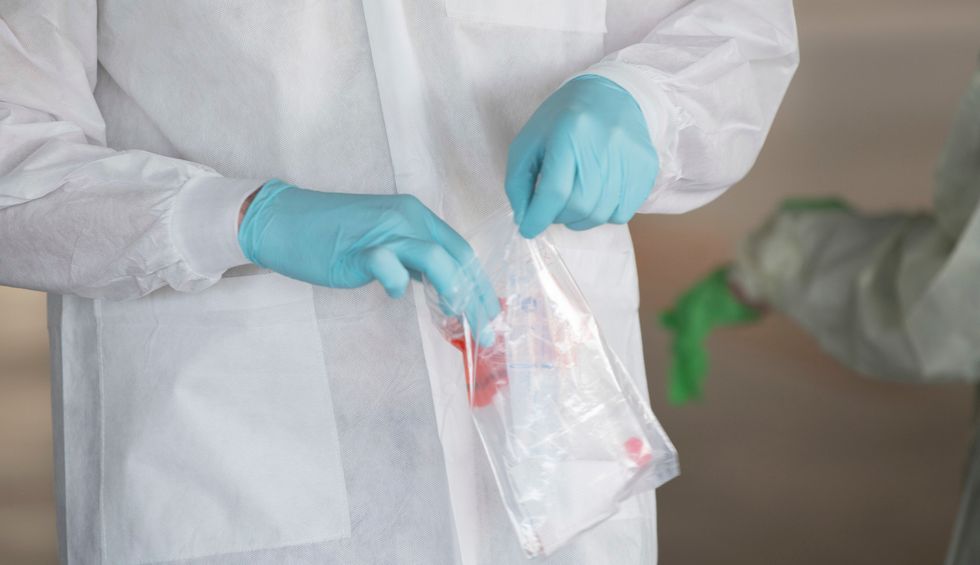 An 18th Medical Group Airman places a COVID-19 test sample into a sealed container at Kadena Air Base, Japan, March 20. Under the most current guidance from the Centers for Disease Control, the 18 MDG has increased its testing for the disease.

The omicron variant of COVID-19 has, according to the Centers for Disease Control and Prevention (CDC), reached the United States.

The virulent coronavirus strain, which was first detected in South Africa, was confirmed to have arrived in California via a person who had recently visited that country. According to President Joe Biden's health adviser Dr. Anthony Fauci, the individual was fully vaccinated but had not yet received a booster shot, meaning that theirs constitutes a breakthrough case. (Fauci added that policymakers may need to redefine what it means to be fully vaccinated.)

This person only displayed mild symptoms, which are now improving, and has self-quarantined since being diagnosed. Everyone who had close contact with that individual has tested negative, although the patient continues to test positive.

Speaking to the American public last week about the omicron variant, Biden closed America's borders to countries where the variant had been identified, urged fully vaccinated Americans to get booster shots so they could protect themselves, and pleaded with those who were not vaccinated to change that. He also suggested that the international community address the problem of vaccine inequality, noting that no one will be safe from outbreaks if only citizens of affluent countries have unfettered access to inoculations.

The omicron variant is alarming to medical experts because B.1.1.529 (omicron's formal name) has 50 mutations, 32 of which are in the spike protein. That protein, so-named because it constitutes the spikes that stick out of the virus' central sphere like spines on a sea urchin, helps SARS-CoV-2 viruses enter your cells and cause infections. Since mRNA vaccines work by helping the immune system identify SARS-CoV-2 spike proteins, any mutations to the spike protein could help coronaviruses evade the vaccines. This is why other strains with these mutations have also been labeled as "variants of concern."

The omicron strain also has new mutations, including one that may make it more effective at infecting cells. Another study (which has yet to be peer reviewed) points out that omicron shares a mutation with alpha and mu that might help the virus replicate more quickly.

"The 32 mutations across the spike protein doesn't mean that it evades immunity, but it is the most [mutations] we've seen," Dr. Monica Gandhi, infectious disease doctor and professor of medicine at the University of California–San Francisco, told Salon yesterday. "In one region in South Africa, cases [of omicron] are going up really fast — it's really just dominating the screens there — and that made some people say, 'it looks like this is really transmissible' because we thought that delta was the pinnacle of being transmissible right now."

In addition to the vaccine inequity caused by unequal vaccine access internationally, new COVID-19 outbreaks and mutations have also been facilitated by the fact that many people who have access to vaccines refuse to get them. Biden announced a round of vaccine mandates in September as a means of closing that gap.