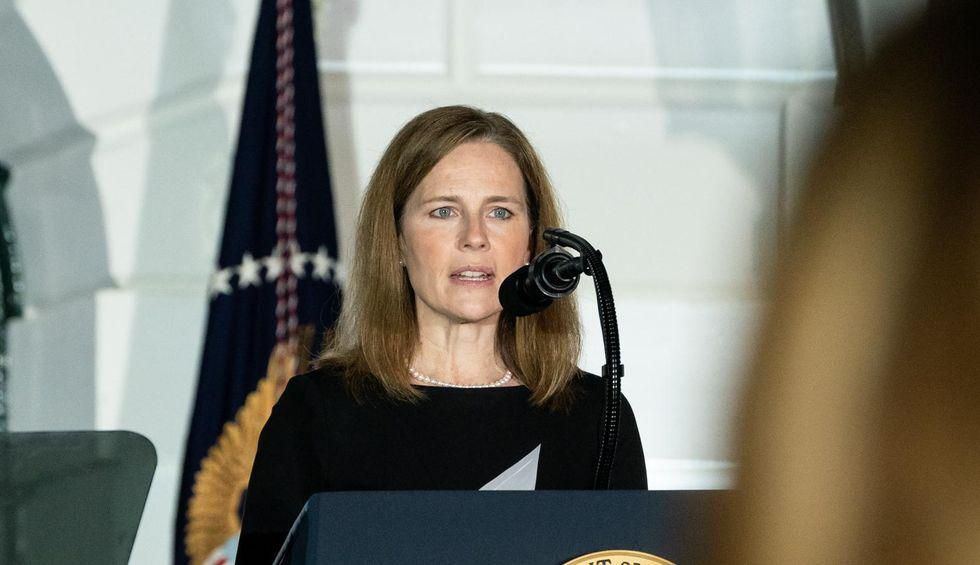 Another week, another terrifying abortion case at the Supreme Court. Today, the Supreme Court considered Dobbs v. Jackson Women’s Health Organization, which concerns a Mississippi 15-week abortion ban. Since 15-week abortion bans, and all pre-viability abortion bans, are unconstitutional under Roe v. Wade, the only reason to even hear this case is for the Court to strongly consider upholding the ban and overturning Roe. While anti-abortion activists have been working toward this moment since the late 1970s, it's no surprise they’re finding success in a moment of white backlash and growing white supremacy. The real history of abortion politics in this country should actually begin in 1662 with the first law codifying race and inheritable slavery.

The first 40 years of slavery in the North American British colonies treated slavery as it had been used previously in Europe. Slavery was mostly justified on the basis of religion or having conquered people and there were paths for slaves out of their enslavement. The slave system in Virginia completely changed with a 1662 law that made race and enslavement an inheritable condition through the mother. This law became the basis of the American racialized chattel system of slavery. It also clearly linked racial construction and the continuation of white supremacy to reproduction. Enslaved Black women would produce enslaved Black children while white women would produce free white children. The race of the fathers did not matter.

As a result of such a law, controlling the reproduction of women was vitally important both to produce more slave labor and to control white purity. White men had no downside to sexually abusing their slaves, as the resulting children would be considered Black. Alternatively, extreme social repercussions had to be placed on any white woman having sexual intercourse with a Black man, as the system could not tolerate Black kids being born free to white women.

For most of common law history, abortion was either explicitly allowed until quickening (when the baby moves) or ignored. Abortion, and most gynecological concerns, were the purview of women. While the laws might have only condoned abortions until quickening, there were rarely prosections for later abortions unless the abortion was a result of a violent assault against the mother. Abortions were performed by both tribal communities and early British colonies in the 1600s and used mostly safe herbal abortifacients. Anti-abortion laws began in the 1820s but only criminalized post-quickening. It wasn’t until after the Civil War that there was a focused movement to outlaw abortion.

The timing of a movement to criminalize abortion after the Civil War is not a coincidence. While Black people were enslaved, the supposed superiority of white people was evident through the difference in the legal treatment of the two races. However after the Civil War, Black people were no longer enslaved, and so white supremacy needed new tools to continue enforcing the racial hierarchy.

These efforts were dependent on a high white birth rate and strong prohibitions against interracial sex (for white women and Black men at least). The post-Civil War period also coincided with an increase of “less desirable” immigrants and concerns that ethnic minorities would take over cities if pure white women did not have enough children.

READ: The Supreme Court shows off its contempt for women

Abortion was mostly ignored as it was the purview of women, but as male doctors took over gynecology, they encouraged legislative responses to abortion. These doctors also joined with eugenicist movements and warned that abortion could result in “race suicide.”

These efforts were successful. Abortion was criminalized in every state by 1910. This was the Jim Crow period in the South and the height of anti-immigrant fervor in the North. Not only was it important to ensure white women were having pure white babies to protect white supremacy, but white supremacist ideology was also dependent on there being a contrast to Blackness. More Black children not only meant more laborers but also were necessary to support the hierarchical view of the United States with white men on top. The threat of lynching was used to enforce strict racial boundaries between white women and Black men so white women’s reproduction could be controlled, and the pure white bloodline could be continued.

The success of the pro-abortion movement with Roe v. Wade in 1973 came only five years after Loving v. Virginia, which ended all bans on interracial marriage. While de facto segregation continued, de jure segregation had been outlawed and public places and schools were all theoretically integrated, even if that didn’t play out in practice. Nixon’s Southern Strategy capitalized on the conservative Christian values. Anti-abortion politics served as a more palatable political cause than anti-integration motives. The movements became inextricably linked.

Today, Republican politicians and far-right personalities are openly embracing “white replacement theory,” which is the newest name for the fear that there aren’t enough pure white babies being born. This eugenicist fear has the twist that a secret Jewish cabal is conspiring to encourage the non-white birth rate in order to harm white people.

READ: Democrats will have a 'boatload of material' to use against 'unhinged, out-of-step' Republicans in 2022: conservative

While the anti-abortion and white supremacist movements are clearly intertwined, many anti-abortionists now claim abortion is really a Black genocide and it is racist to support it. Their narrative relies on misinformation and a racist paternalistic view of Black people.

In reality, white supremacy can’t survive without an alternative Blackness to condemn. They use fear-mongering about Black welfare queens to get elected. Taking reproductive control away from white men and putting it in the hands of women and pregnant people of all races is the biggest threat to white supremacist patriarchy. Anti-abortion sentiment is always just white supremacy in disguise.