The Daily Beast is reporting that Newsmax has taken a turn in their editorial content akin to the direction that Fox News is taking.

Despite the misinformation, Fox continues with personalities like Tucker Carlson and others, but as far back as February, the network was broadcasting reports that fact-checked lies about the 2020 election results. That month it also canceled Lou Dobbs the day after conspiracy theories from him led to Fox Business being sued for $2.7 billion. The network said that the two incidents weren't related.

Now Newsmax appears to be following suit, albeit only a little. The report explained that they have hired two Fox producers and reporter James Rosen.

"Between multiple billion-dollar lawsuits over its 2020 election-fraud lies and having a star White House reporter go all-in on satanic vaccine conspiracy theories, Newsmax seems to face a similar predicament Fox News has faced in recent years," said the Beast. "The fledgling MAGA channel's solution seems to be going on a hiring spree of former Fox News producers and reporters."

Newsmax hired some of former President Donald Trump's biggest names from his campaign in 2016 and administration like Sean Spicer, Sebastian Gorka, and Steve Cortes.

Over the past few weeks, however, the network came under fire after Emerald Robinson, Newsmax's White House reporter, told her Twitter followers that the COVID-19 vaccines contain a "bioluminescent marker called LUCIFERASE" that also serves as a tracking device. 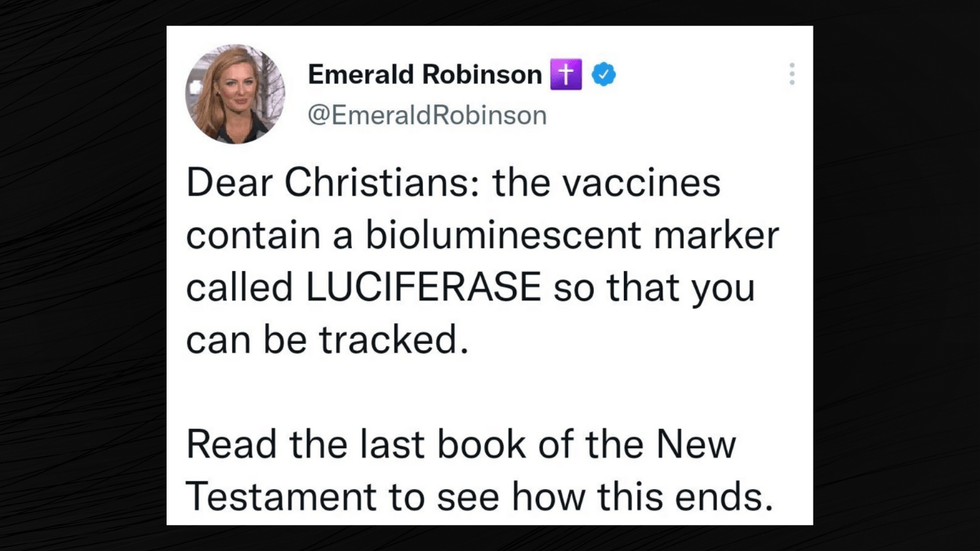 Robinson was suspended from Twitter and Newsmax denounced her saying that it "never reported [her] false claims." Then they benched her, saying that the network was reviewing her posts and during the investigation, she wouldn't be on air. Robinson previously worked for the One America News channel.

After returning to Twitter after the tweets, she was then banned permanently for continuing to tweet about the vaccine conspiracies.

"And now it appears Robinson's days as a Newsmax personality are numbered," the report said, citing multiple sources. "And Newsmax may already be lining up a far more seasoned reporter behind her to take over: former Fox News chief D.C. correspondent James Rosen, currently a political reporter for local TV giant Sinclair Broadcasting Group."

"Emerald Robinson remains off-air as Newsmax reviews matters relating to her posts made outside of the channel on her own social media," a Newsmax spokesperson revealed to the Beast. "As of yet we have not determined when she will return to the air."

The producers hired from Fox News are those the Beast called "straight news" producers. One staffer telling the site, "If we are going to be viewed as a news organization, we have to act like one."

Read the full report at the Daily Beast.