There's one MAGA Republican who doesn't want Donald Trump to run in 2024: report 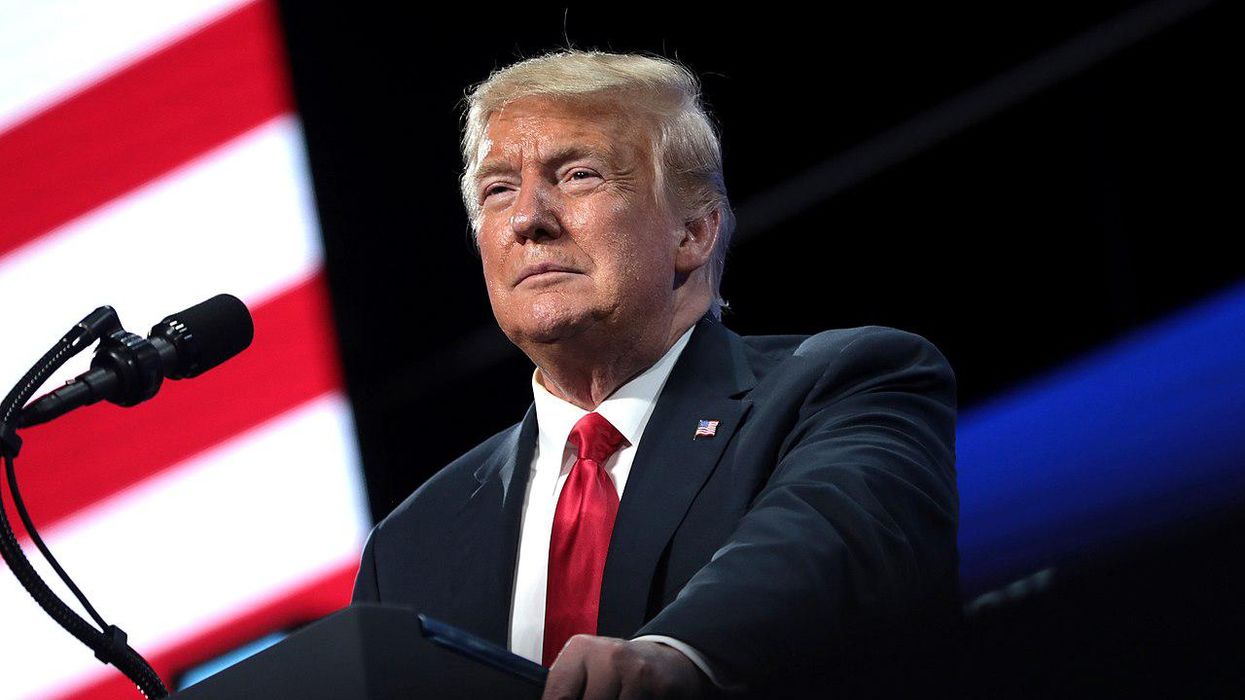 Although it remains to be seen whether or not Donald Trump will run for president in the 2024 election, his influence on the Republican Party is undeniable. Everyone from House Minority Leader Kevin McCarthy to "Hillbilly Elegy" author J.D. Vance (a candidate in Ohio's 2022 U.S. Senate race) to Florida Gov. Ron DeSantis is going to ridiculous extremes to show how MAGA they are. But according to The Guardian's Arwa Mahdawi, there is one MAGA Republican who doesn't want Donald Trump to run in 2024: former First Lady Melania Trump.

In an op-ed published by The Guardian on September 7, Mahdawi explains, "Say what you like about Melania Trump, the woman is consistent. She displayed zero interest in being first lady in 2016, and it seems she has zero interest in being first lady ever again. According to mysterious sources who recently spoke to CNN about Melania's mindset, she has no desire to ever return to the White House. Should her bitter half decide he wants to prove the losers and haters wrong and run for president in 2024, she won't be accompanying him on the campaign trail. Instead, CNN reports, one of his adult sons' partners will probably do the honors."

A source described by CNN's Kate Bennett as someone close to Melania Trump told CNN, "Being first lady again is not what she wants. For her, it was a chapter — and it's over, and that's that."

Another source close to Melania Trump told CNN, "You're not going to see her at rallies or campaign events, even if he 'officially' says he's running again. Instead, it's going to be Lara or Guilfoyle. They have that same urge Trump has to (run) again; Melania absolutely does not."

The Lara that CNN's source is referring to is 38-year-old Lara Trump, who is married to Donald Trump's son Eric Trump. And the Guilfoyle is 52-year-old Kimberly Guilfoyle, the girlfriend of Donald Trump, Jr. and ex-wife of Democratic California Gov. Gavin Newsom.

Although Mahdawi is decidedly anti-Donald Trump, she warns, in her Guardian op-ed, that a victory in 2024 is not out of the question if he decides to run.

Mahdawi writes, "Say Trump did run again — could he win? While I'd love to laugh at the idea, it's not impossible. He could certainly win the Republican nomination: a poll in February found 54% of Republican voters would back Trump in the 2024 Republican presidential primary. Mike Pence was the second-favorite, and he only got 12% of the vote. If the election were held now, a recent Emerson poll found, Trump would narrowly beat Biden, whose approval ratings have recently tanked."
From Your Site Articles
Related Articles Around the Web
Report typos and corrections to: feedback@alternet.org.
#story_page_post_article