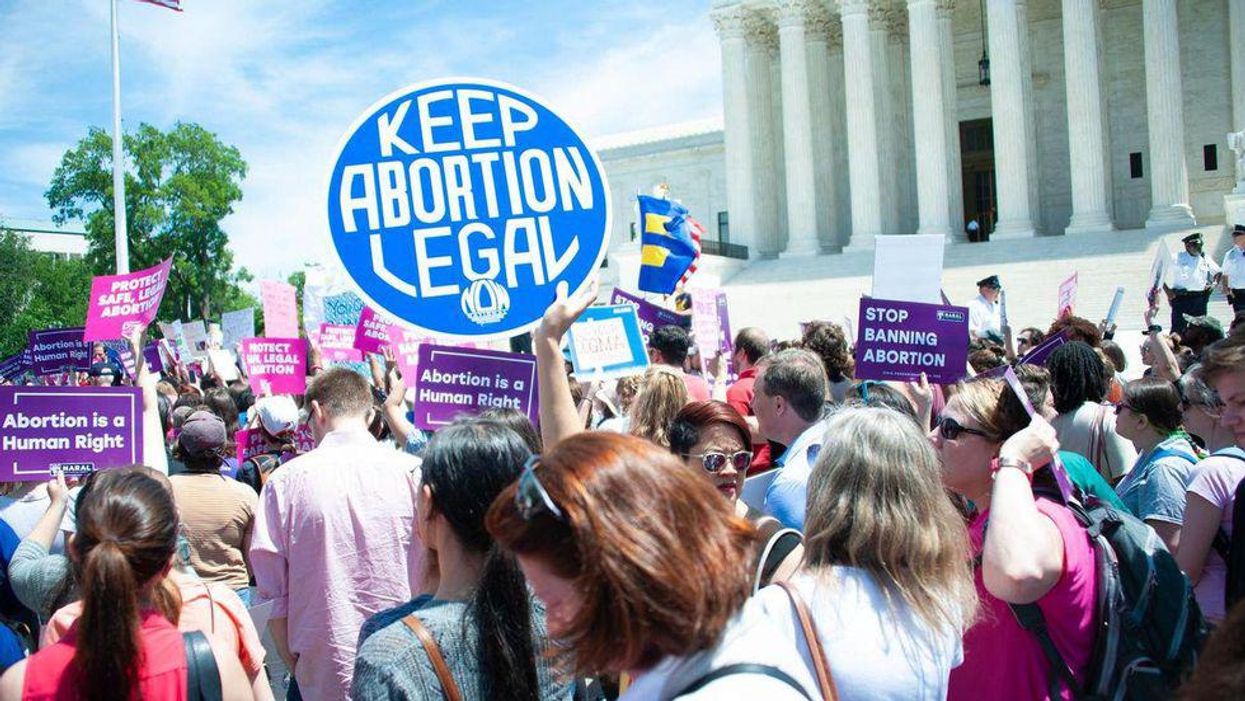 One legal expert is explaining just how dire the circumstances are surrounding the U.S. Supreme Court's refusal to block Texas' anti-abortion law and how it paves the way for more controversial legislation that could threaten democracy.

In a recent Los Angeles Times op-ed, Erwin Chemerinsky, the dean of Berkeley Law and a renowned legal scholar, explained his opposition to the new law which bans approximately 85% to 90% of abortions as women will no longer be allowed to abort after a fetal heartbeat is detected.

Chemerinsky noted one provision the law allows that could be potentially problematic later on down the line. The law gives private citizens the right to file lawsuits against "anyone who performs, aids or abets an abortion, or intends to do so." The potential $10,000 compensation also makes the provision more likely to be used by private citizens.

"Instead of requiring state prosecutors to enforce this clearly unconstitutional law, it gives private citizens the right to sue anyone who performs, aids, or abets an abortion, or intends to do so, for a $10,000 payment from that party," Chemerinsky wrote.

He added, "Because this law relies only on private civil lawsuits, a person targeted by this law (a clinic, a doctor, a person giving advice, a friend driving a woman to a clinic) cannot take the state or state officials to court to strike down the law. The state of Texas cannot be sued in federal or state court because it has sovereign immunity and it maintains that its officials cannot be sued because they are not involved in enforcing the law."

Chemerinsky also highlighted the unorthodox twist which restricts how doctors or individuals can challenge the constitutionality of the law in a civil suit. In short, plaintiffs have no rights as the law can only be challenged by defendants.

"The bizarre twist in this devious law is that a doctor or other persons targeted can only challenge the law's constitutionality as a defendant in a civil lawsuit," Chemerinsky wrote. "In other words, a courageous doctor or health professional would have to violate the six-week ban, be sued for money damages in Texas state court, and then argue as a defense that the law is unconstitutional. If a state judge rules in the defendant's favor and strikes down the law, the case could then go up to the U.S. Supreme Court."

"Under the Supreme Court's reasoning in the Texas case, the only way to challenge these unconstitutional laws would be to violate them, get sued by a private citizen, and then fight the lawsuit and the statute's constitutionality."

Like Chemerinsky, many legal experts and political leaders have also expressed concern and opposition to the law.