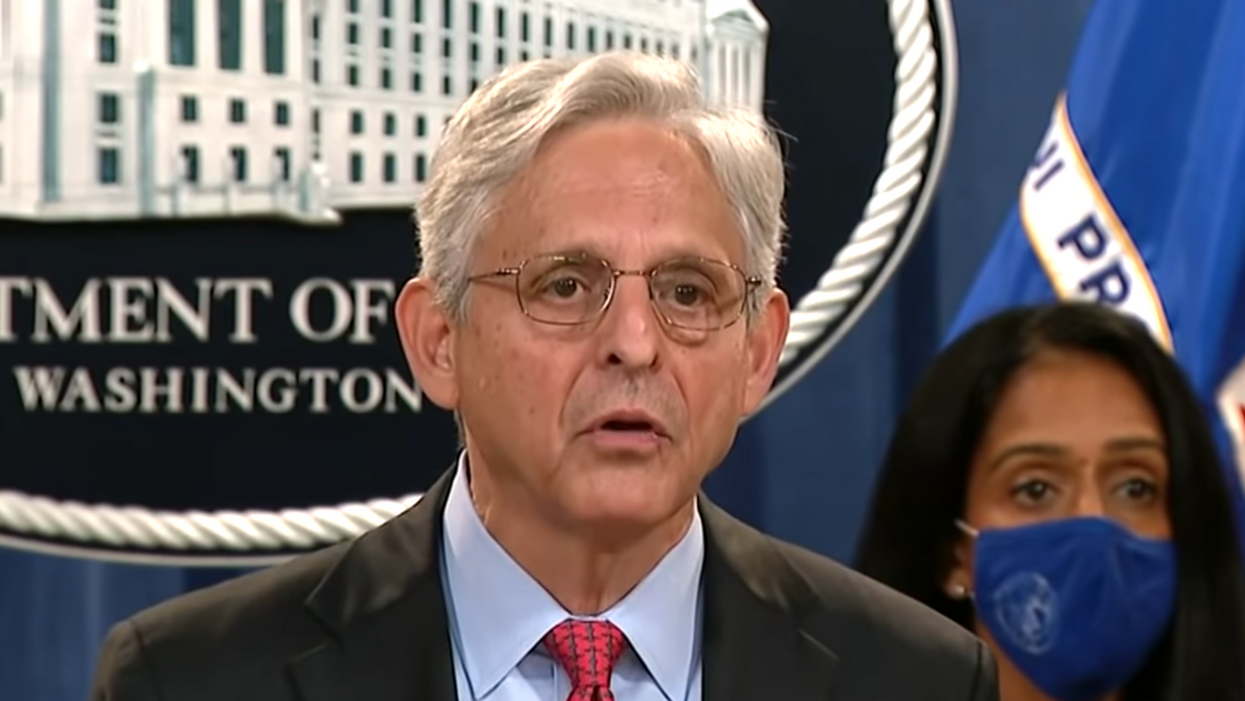 On Thursday, U.S. Attorney General Merrick Garland announced that the U.S. Department of Justice has filed a lawsuit against the State of Texas in response to its draconian new anti-abortion law, which went into effect on September 1.

The Texas law outlaws all abortion in Texas after about six weeks, even in cases of rape or incest. And it authorizes citizens to file civil lawsuits against abortion providers and anyone who "aids or abets" an abortion after a fetal heartbeat can be detected, possibly resulting in a $10,000 bounty. Critics of the law, including some conservatives who identify as "pro-life," have complained that even an Uber driver who drives a woman to an abortion clinic could lose $10,000 because of the law.

Garland, during a news conference on Thursday, explained, "The act is clearly unconstitutional under longstanding Supreme Court precedent. Those precedents hold, in the words of Planned Parenthood v. Casey, that, quote, 'Regardless of whether exceptions are made for particular circumstances, a state may not prohibit any woman from making the ultimate decision to terminate her pregnancy before viability. Texas does not dispute that its statute violates Supreme Court precedent. Instead, the statute includes an unprecedented scheme to — in the chief justice's words — quote, 'insulate the state from responsibility,' close-quote. It does not rely on the state's executive branch to enforce the law, as is the norm in Texas and everywhere else."

Garland continued, "Rather, the statue deputizes all private citizens without any showing of personal connection or injury to serve as bounty hunters, authorized to recover at least $10,000 per claim from individuals who facilitate a woman's exercise of her constitutional rights."

Merrick Garland, sounding like the grown up in the room compared to SCOTUS, announces a civil suit against Texas, s… https://t.co/WzztRi3tRf
— Joyce Alene (@Joyce Alene) 1631214767.0

The DOJ suit features a sweeping argument that the fed govt has an interest in protecting the rights of people to v… https://t.co/kya2xBn0aL
— Zoe Tillman (@Zoe Tillman) 1631216890.0

“This is going to be a very difficult lawsuit for the administration to win,” says CNN’s chief legal analyst Jeffre… https://t.co/j12nTTdXxZ
— CNN Newsroom (@CNN Newsroom) 1631217355.0