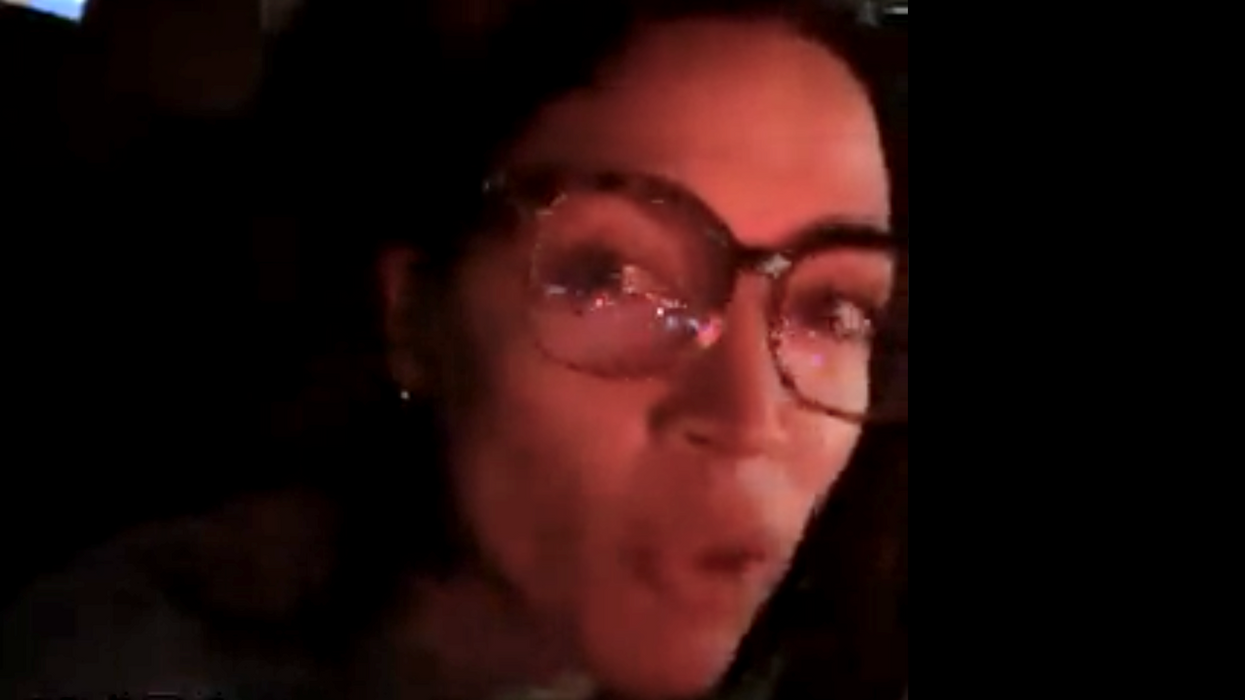 After Gov. Greg Abbott defended Texas' draconian new anti-abortion law at a press conference, he was lambasted by a long list of Democrats — including Rep. Alexandria Ocasio-Cortez of New York City. Former Alaska Gov. Sarah Palin rose to Abbott's defense during an appearance on Fox News, attacking AOC as a "fake feminist." And the Democratic Bronx/Queens congresswoman has responded to Palin with brutal mockery.

Palin, who was the late Sen. John McCain's running mate in the 2008 presidential election, is not known for being succinct; she rambles a lot. And Palin was doing exactly that when she told Fox News, "Wow, AOC, she's really milkin' this…. She's such a fake feminist that she would bring up an issue like this and try to use it to make some kind of political point. That's not equality, right? Oh, man, don't even get me started on this. It just makes my stomach sick what she has done. She should be embarrassed…. She's so off base politically, but even off base even in, um, this analogy or whatever it is that she's throwin' out there. She's milkin' the whole female thing. And as a real feminist, I'm embarrassed for her."

In response, Ocasio-Cortez sarcastically tweeted, "I'm so sorry Sarah Palin is mad at me! In fact, to address this I set up a special hotline just for her."

Ocasio-Cortez, in the video she tweeted, said — in a mocking tone — "Does my existence make you mad? Does the fact that, yes, I am a mouthpiece for the people of New York's 14th Congressional District upset you? Well, I have help for you. Call 1-800-CRY-NOW. That's 1-800-CRY-NOW."

Here are some responses to AOC's video:

@AOC I still remember the drunken Palin family brawl when they all crashed a birthday party in Anchorage. She was t… https://t.co/XoRPSLWsFu
— ArcticNW (@ArcticNW) 1631202188.0