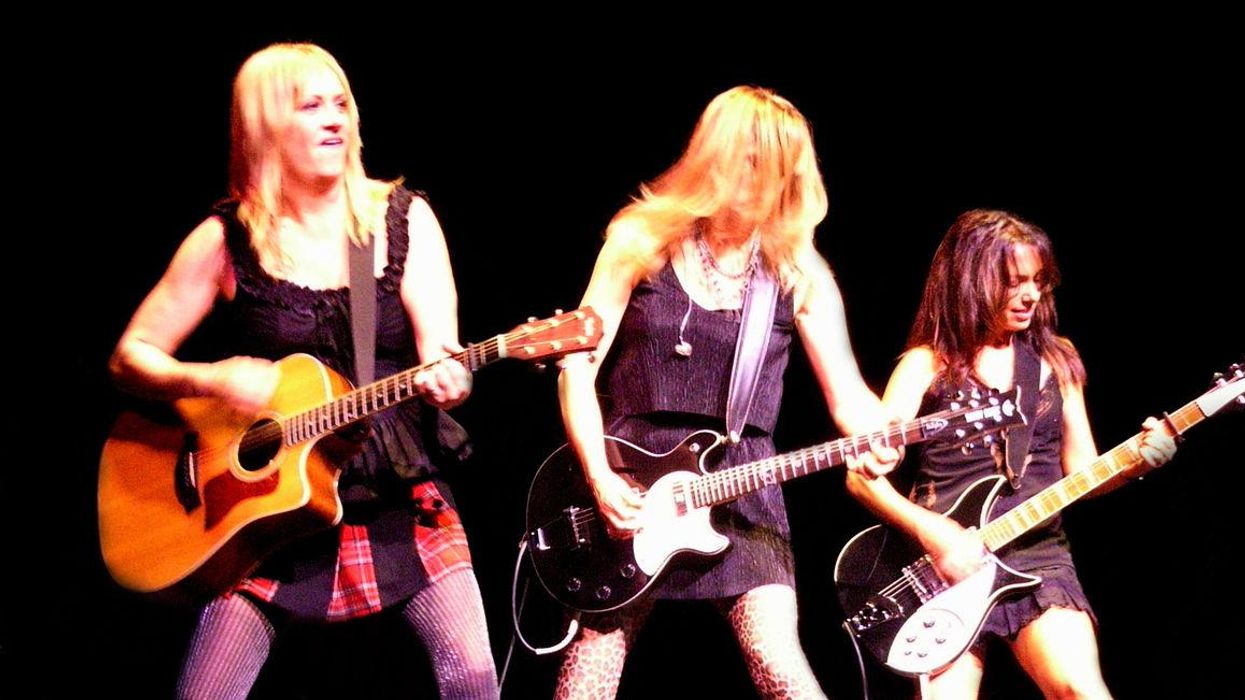 The term "political correctness" is often described by Republicans to attack liberals and progressives they view as hypersensitive, but Republicans have their own version of "political correctness" and ideas on what one should or should or shouldn't say. Right-wing political correctness was painfully evident in the months and years after the 9/11 terrorist attacks, and some of it came from the supporters of President George W. Bush who comprised the management at Clear Channel. Journalist Cheyenne Roundtree, in an article published by the Daily Beast on September 9, looks back on the songs that Clear Channel excluded following 9/11.

After 9/11, Roundtree recalls, "Even family-friendly Disney Channel played a part in hammering home the idea of nationalism in having a handful of its beloved child stars, including Hilary Duff, Shia LaBeouf, and twins Tia and Tamera Mowry, wax lyrical about the American flag…. It was in this same vein of thinly veiled propaganda wrapped up in patriotism that the country's largest radio company, Clear Channel Communications, now iHeartRadio, attempted to ban more than 150 songs from the airwaves across its roughly 1200 stations."

Roundtree continues, "Any song that mentioned airplanes was targeted, as well as war, death, and fire. The de facto ban seemed primarily to target rock, punk and heavy metal bands, such as Alice in Chains, System of a Down, and every single track by Rage Against the Machine. But relatively innocuous songs were included too, including 'Walk Like an Egyptian,' because of its references to the Middle East; the hopeful lyrics of John Lennon's 'Imagine'; Louis Armstrong's 'What a Wonderful World'; and Frank Sinatra's cheery 'New York, New York.'"

The Bangles' 1986 smash "Walk Like an Egyptian" is a fun, goofy song from the Ronald Reagan era — hardly an ode to jihadists. But as Roundtree points out, the very fact that it had "references to the Middle East" suddenly made it unacceptable to Clear Channel execs.

"At the time," Roundtree explains, "Clear Channel moved quickly to stamp out reports that it had issued a mandate that barred stations from playing these songs. But when the full list eventually leaked, top executives hurriedly placed the blame on those at the local level, calling it 'a grass-roots effort that was apparently circulated among program directors,' although the final compiled list, known as the 'Clear Channel memorandum,' was sent out by company management."

On September 17, 2001 — six days after the 9/11 terrorist attacks — Slate reported that Clear Channel's do-not-play guidelines included not only edgy heavy metal favorites like Metallica's "Seek and Destroy" and Ozzy Osbourne's "Suicide Solution," but also, Pat Benatar's 1983 hit "Love Is a Battlefield" and Bobby Darin's recording of "Mack the Knife" (an English-language version of a German cabaret standard from the 1920s). Slate observed that "many of the songs on the list are ridiculous in their tenuous connection to anything even remotely offensive to survivors of the September 11 attack."

Roundtree comments, "On the surface, it makes sense for stations perhaps not to play songs about death, airplane crashes, or anything doomsday-related out of an abundance of caution and sensitivity for freshly traumatized listeners — who had just witnessed a terrorist attack unfold in real time on their TVs. But in hindsight, it reeks of needless censorship."

Rage Against the Machine, a rap-metal band with a hard-left point of view, were totally banned from airplay under Clear Channel's do-not-play guidelines.

"It just reinforces this sort of nativist patriotism that is really troubling to see reinforced by private companies, because what it really suggests is that dissent is unpatriotic, when in fact, America is built on the right to disagree with the government," Pelizzari told the Beast. "We must be allowed to access dissenting views and opposing views to express our own dissent, our own confusion, our own anger, our own agreements. That's how our democracy functions. Disagreement and debate are crucial to thoughtful decision-making. In times of crisis, it's even more important to make sure that we're allowing dissenting voices to be heard."