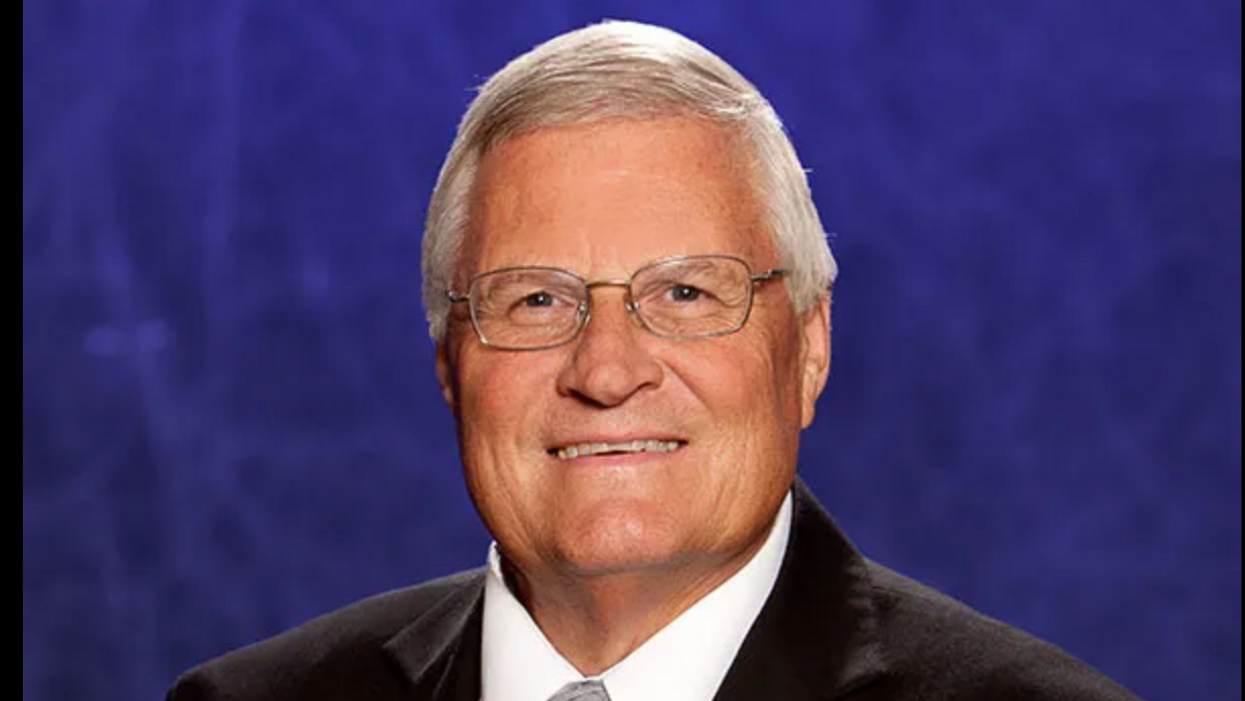 MAGA Republican Fred Lowry — a far-right Christian fundamentalist, conspiracy theorist and QAnon supporter who serves on the Volusia County Council — has been one of Central Florida's most unhinged COVID-19 deniers, railing against social distancing measures, slamming Dr. Anthony Fauci as "Dr. Falsey" and claiming numerous times that the pandemic is a hoax. And now, according to the Daytona Beach News-Journal, the 66-year-old Lowry is hospitalized with COVID-19.

Wheeler told the News-Journal, "He has been sick for around two weeks and got the antibody (treatment) last Friday and went to the emergency room late last night."

According to Brower, Lowry was being treated for double pneumonia in the hospital. Brower told the News-Journal. "He had pneumonia a couple years ago; so, his lungs were already pretty beat."

Nonetheless, doctors hoped that Lowry would be well enough to go home by this Thursday, September 9.

Lowry is a controversial figure in Volusia County, where he is a senior pastor at Deltona Lakes Baptist Church. The Orlando County Sentinel's editorial board slammed Lowry vehemently in a scathing editorial published on June 3.

Discussing a May 30 sermon, the Sentinel's editorial board described him as "unhinged" and wrote, "Somehow, in the course of a 45-minute sermon, Fred Lowry was able to tell enough lies and spout enough conspiracies to fill a garbage truck, which is exactly where his May 30 sermon belongs — everything from a stolen election to QAnon quackery to pandemic denial."

The publication called for Lowry to resign from the Volusia County Council, saying, "Lunatic fringe conspiracy theories are infecting this nation like a disease, and an elected member of the Volusia County Council is a carrier. Fred Lowry needs to resign. Now. And if he won't do that, the County Council needs to use whatever powers it possesses to condemn Lowry for bringing shame not only on himself, but on the office he holds…. Lowry's not only an embarrassment — his judgment is now in serious question."