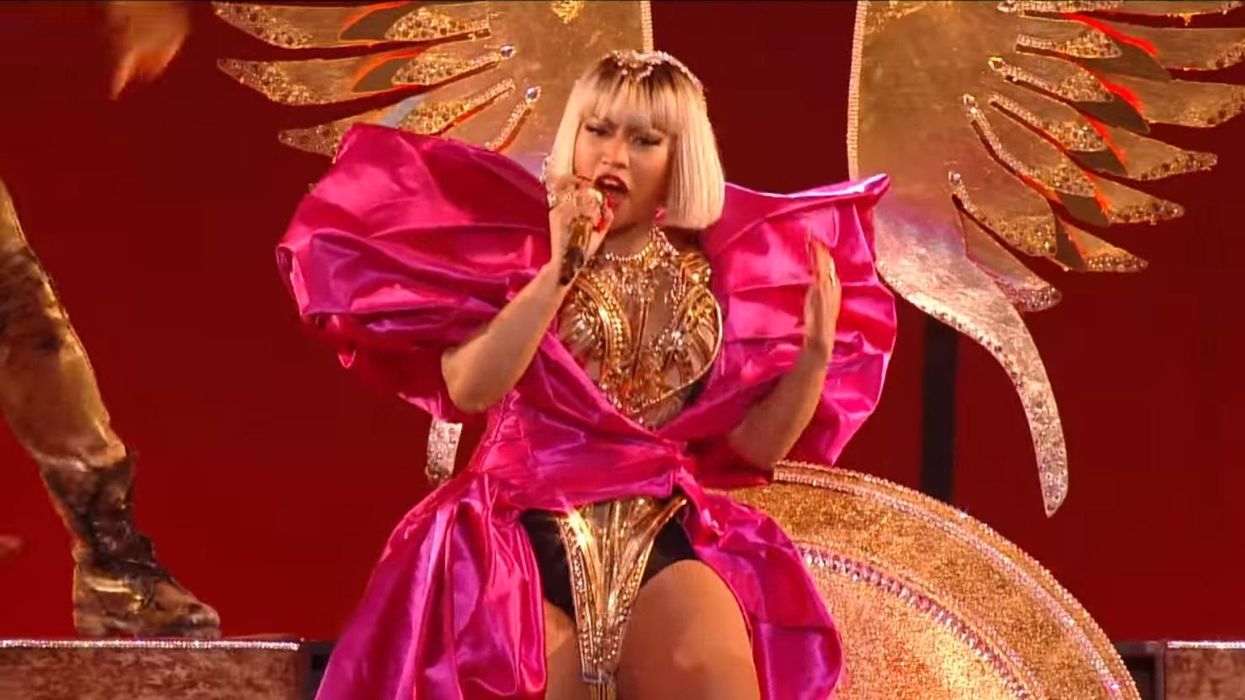 Everyone from Dr. Anthony Fauci to MSNBC's Joy Reid has been responding to rap star Nicki Minaj's anti-vaxxer claims — and now, the government of Trinidad & Tobago is weighing in as well.

Minaj claimed that the COVID-19 vaccine had caused the testicles of her cousin's friend — who lives in Trinidad — to swell and made him impotent, a highly dubious allegation that has no known precedent in the scientific research on the shots.

With obvious frustration in his voice, Trinidad and Tobago Health Minister Dr. Terrence Deyalsingh rebutted the story on Wednesday.

"One of the reasons we could not respond yesterday in real-time to Ms. Minaj is that we had to check and make sure that what she was claiming was either true or false. Unfortunately, we wasted so much time yesterday running down this false claim," He said. "As far as we know at this point in time, there has been no such reported either side effects or adverse event."

Deyalsing went on to say, "It wasted our time yesterday…. because we take all these claims seriously…. As we stand now, there is absolutely no reported such side effect or adverse event of testicular swelling in Trinidad."

This is the Minaj tweet that has inspired so much debunking:

My cousin in Trinidad won’t get the vaccine cuz his friend got it & became impotent. His testicles became swollen.… https://t.co/xQJa2xi9TX
— Nicki Minaj (@Nicki Minaj) 1631569446.0

Fauci, earlier this week, debunked Minaj's claim during an appearance on CNN. And MSNBC's Reid was quite forceful in her comments, lambasting Minaj for using her sizable platform to promote bogus conspiracy theories. Given all the misery and suffering that COVID-19 has caused in the African-American community, Reid stressed, the last thing Minaj should be doing is making her fans think that COVID-19 vaccines are unsafe when, in fact, those vaccines are saving lives.