​'Doomed French queen': Melania Trump lashes out as her ex-staffer prepares to release an explosive tell-all 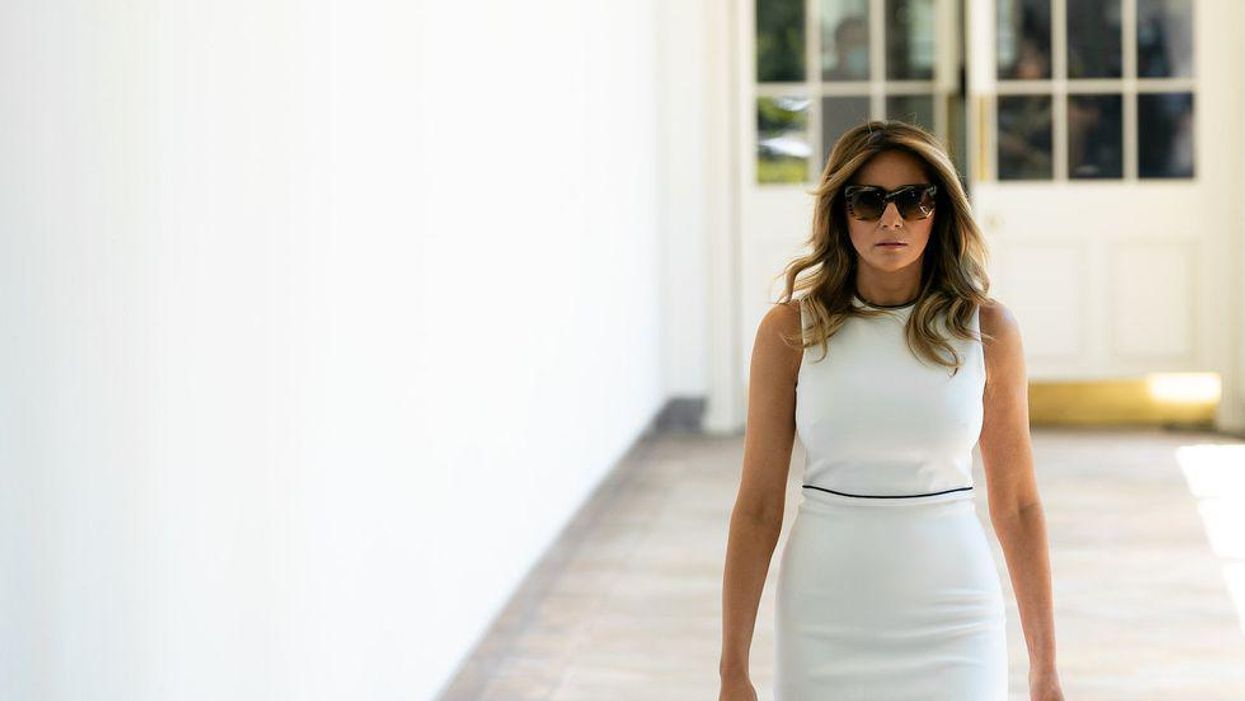 Stephanie Grisham, who worked as Melania Trump's press secretary both before and after her stint as White House press secretary, has written a tell-all book about the former first lady: "I'll Take Your Questions Now: What I Saw in The Trump White House," due out October 5. And according to Politico, Melania Trump is furious with the 45-year-old Grisham over the more unflattering parts of her book.

In "I'll Take Your Questions Now," according to Politico, Grisham describes Melania Trump as "detached" and "dismissive" and says she acted like a "doomed French queen" following the January 6 attack on the U.S. Capitol Building.

A source told Politico, "Stephanie has secrets about (former President Donald) Trump that even the first lady doesn't know — secrets that he doesn't want her to know. They will be in this book."

Stephanie Grisham is best known for never holding a press briefing. Now she's breaking her silence on what she saw… https://t.co/xbbY1lgyCd
— POLITICO (@POLITICO) 1631541262.0

In a statement to Politico, Melania's Trump's office lambasted Grisham, saying, "The intent behind this book is obvious. It is an attempt to redeem herself after a poor performance as press secretary, failed personal relationships, and unprofessional behavior in the White House. Through mistruth and betrayal, she seeks to gain relevance and money at the expense of Mrs. Trump."

Grisham served as Melania Trump's press secretary from 2017-2019 before becoming Donald Trump's third of four White House press secretaries. The first was Sean Spicer in 2017, followed by Sarah Huckabee Sanders from 2017-2019. Grisham took over that position in July 2019 and remained until April 2020, when she was replaced by Kayleigh McEnany. When Grisham returned to Melania Trump's office, she served as both her press secretary and chief of staff. But Grisham resigned following the January 6 insurrection.

According to Business Insider's Grace Panetta, the "failed personal relationships" insult against Grisham "appears to be a reference to Grisham's reportedly turbulent and even abusive 18-month relationship with former White House official Max Miller, who is now a candidate for Congress in Ohio." Miller has flatly denied being abusive with Grisham.

Politico's Daniel Lippman reports that Grisham, in her book, says that after rioters broke through barricades outside the U.S. Capitol Building on January 6, she asked Melania Trump, via text messaging, "Do you want to tweet that peaceful protests are the right of every American, but there is no place for lawlessness and violence? — to which the then-first lady replied, "No."

Axios journalists Jonathan Swan and Mike Allen have also reported on Grisham's book. A source described by Swan and Allen as someone "close to" the book told Axios, "Grisham knows where all the bodies are buried because she buried a lot of them herself."