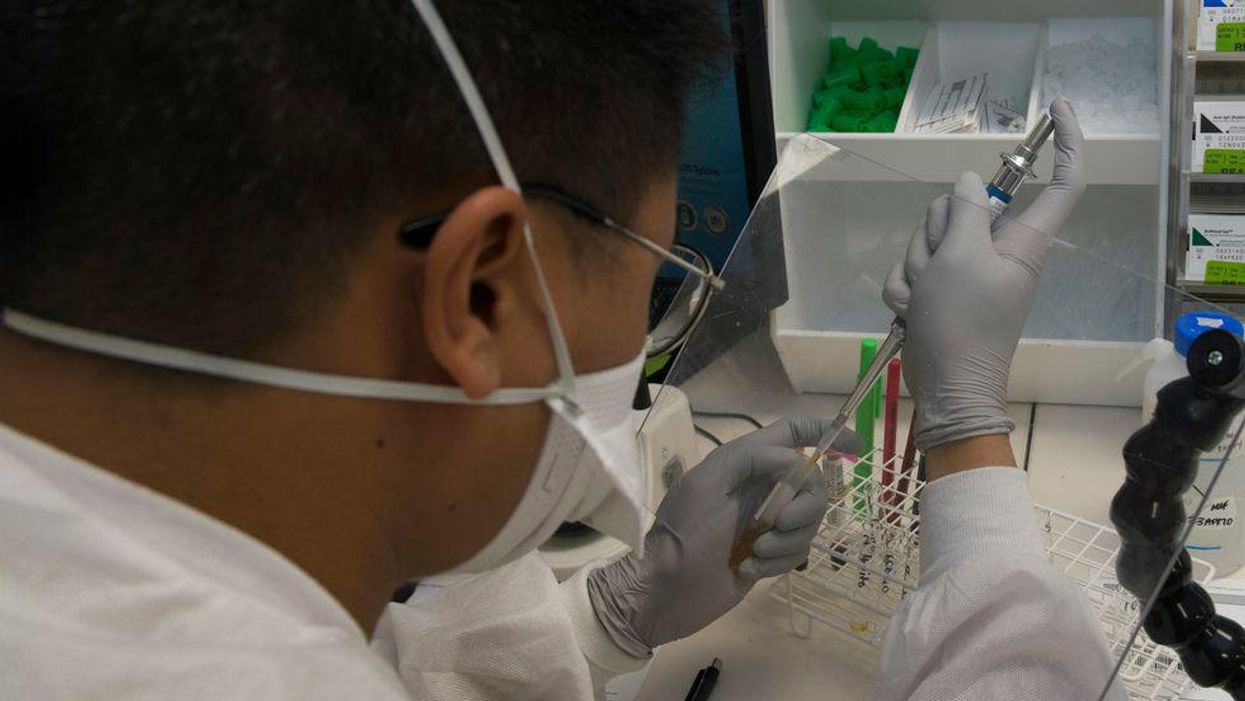 America's spies still don't know where covid came from. In May, President Joe Biden called for a three-month sprint to discover the origins of Covid-19, but according to a recently-released report by the Office of the Director of National Intelligence (ODNI), the body that oversees the 18 agencies that comprise the US Intelligence Community (IC), little progress has been made toward that goal. This shouldn't surprise anyone. It was sheer hubris to expect the IC to crack one of the major scientific mysteries of our time over the summer.

It's fair to ask why the president gave this mission to the IC in the first place. We normally look to epidemiologists and virologists to explain the origins of viruses, not spies. And the unclassified summary of the report implies that the spooks are leaning heavily on the same body of scientific literature as everyone else.

If covid spread from wild animals to people, like SARS, MERS and every other new human virus you care to name, the IC would have little to add to the discussion. They can't prove a negative. What evidence could prove that Covid didn't leak from a lab? Even finding covid in the wild and describing a plausible path of transmission to from the wilderness to Wuhan wouldn't definitively rule out the possibility that the virus leaked from the Wuhan Institute of Virology (WIV).

However, if there were a lab leak, the IC would be as well-positioned to prove it as anyone in the world. The IC's expertise is uncovering secrets, and if covid leaked from the WIV, there are a lot of people keeping secrets. Scientists at the WIV would know. Elements within the Chinese government would probably know, too — either because they were monitoring the institute the whole time or because their own investigations later uncovered it. China has a lot of raw data about the earliest phase of the pandemic that it's not sharing with the rest of the world. Lab leakers speculate that China is hiding the data because they're covering up a lab leak, but there are many possible motives for secrecy, starting with the fact that China is a leading purveyor of conspiracy theories that a lab in the United States leaked covid.

If anyone were keeping the secret of a lab leak, IC's job would be to hack, bug, wheedle or bribe that secret loose. So far, they've come up short. It's been almost two years. Not a shred of concrete evidence has emerged to tie covid to a lab. The unclassified summary tacitly admits as much. The one agency arguing for a lab leak reached this conclusion based on "the inherently risky nature of work on coronaviruses." They're not claiming to have eyewitness accounts, intercepts, genomic analyses or anything specific to back up this hunch.

Even if bat coronavirus research is risky in the abstract, a lab can't leak what it hasn't got. There's no evidence the WIV ever had covid or any virus similar enough to covid to genetically engineer it from spare parts. Last month, the IC revealed they were using supercomputers to mine a database of viral sequences that the WIV took offline in September, but apparently those efforts haven't panned out.

Meanwhile the body of scientific evidence pointing to natural origin continues to expand. More and more viruses similar to covid-19 are being found in the wild. The emergence of increasingly infectious covid variants casts doubt on the lab leak boosters' claim that covid was pre-adapted to be maximally transmissible to humans. The fact that covid can infect species as different as otters and tigers is further evidence it's a natural virus. It's hard enough to make a virus that can sicken one kind of animal, let alone many. Plotting early cases of covid on the map doesn't show them spreading outward from the WIV.

You often hear that "absence of evidence isn't evidence of absence," often from people who have little evidence for a cherished hypothesis. But if you keep looking for something and never find it, that should raise doubts about whether you're looking in the right place.

An all-out push by the entire US Intelligence Committee failed to uncover one iota of evidence of a lab leak. How long must we keep searching before we pull the plug on a hypothesis once and for all?