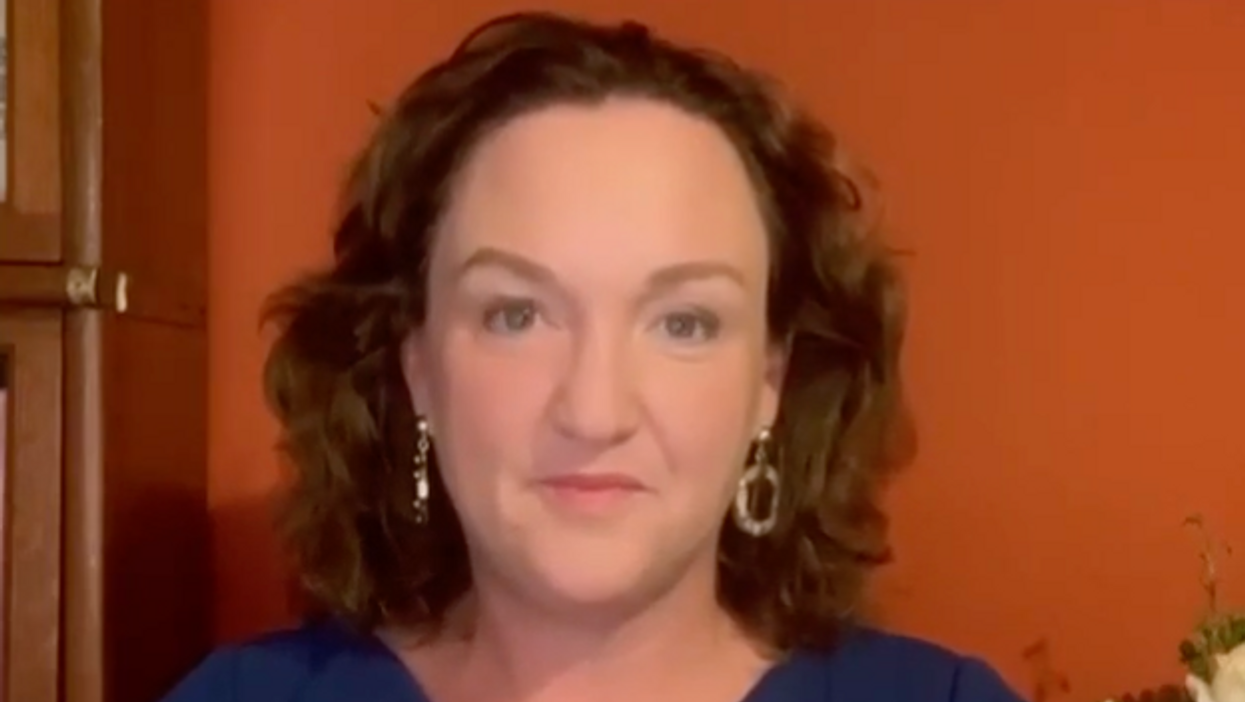 Speaking to MSNBC's Stephanie Ruhle, Porter explained that one of the key pieces of the budget bill deals with paid family leave and child care. While some have said that the bill could be a "stand-alone" bill, Porter explained that it's an absurd idea because what was learned in wake of the pandemic is that the lack of childcare can stop the economy.

"I am going to be honest, I have no earthly idea where the stand-alone bill is coming from," said Porter. "Chris Cuomo asked me about it last night. I have no idea who has given you this crazy talking point. Let me be clear. women, parents, child care aren't some special need, they're a building block of our budget and of our economy and the exact same way that environmental standards are, the exact same way that dealing with clean energy investment, dealing with health care. This needs to go in the same bill because it is about the same things."

Ruhle suggested that Manchin isn't the only official against the new budget bill being as large as it is, she said he's just the one willing to stand up publicly and say it.

"Let me take it in two separate pieces. The first piece, why should child care be part of the bill," Porter began. "I partially addressed this. Let me make a practical point to you, Stephanie. If we had the men who have run this country for hundreds of years, the wealthy men whose wives and others have taken care of child care so convinced it was important, we would have done something about child care 10, 20, 30, 40, 50 years ago when other countries did it. So, I am not today all of a sudden convinced we have the will to deal with child care when we put off the issue decade after decade after decade."

She noted that her colleagues pretend to support women and families, they promote equal pay and do Twitter advocacy, but when push comes to shove, they don't actually care enough to do something about it. Here, Porter is telling her colleagues to put up or shut up.

"With regard to Sen. Manchin and others that want to talk about the price tag for this. Let me be clear, you're a business person, you get it, you can do the math," Porter continued. "If something costs 'A,' you have two options. You can negotiate down from 'A' or find the money. We have revenue options on the table. There are a huge number of corporations that pay zero taxes and by making savvy revenue choices, for example, using real corporate profit approach to dealing with those corporations that pay zero, we can generate $700 billion. If we use the corporate minimum tax approach, we generate $40 billion. right there. Right there, Sen. Manchin."

She went on to shame the West Virginia Senator, whose state is among the poorest in the country. His state, for example, relies on the federal government for over 31.35 percent of their entire budget, reported MoneyGeek. They're the fifth most federally dependent state in the country.

"Anyone that's worried about spending, we can generate revenue so it isn't about $3.5 trillion in spending," said Porter. "We will generate revenue to pay for things. I have the will to do it. The question is does Sen. Manchin or is he more concerned about corporate donors, including the oil and gas industry, big pharmaceutical industry and others getting away with paying nothing under the current tax system."

An OpenSecrets search of Manchin's political donations reveals that his campaign and PAC dollars come primarily from Wall Street investment firms and lobbying companies. They are among those who would likely be forced to pay taxes.