Jan. 6 insurrectionist wants ankle bracelet removed because it embarrasses him in front of clients 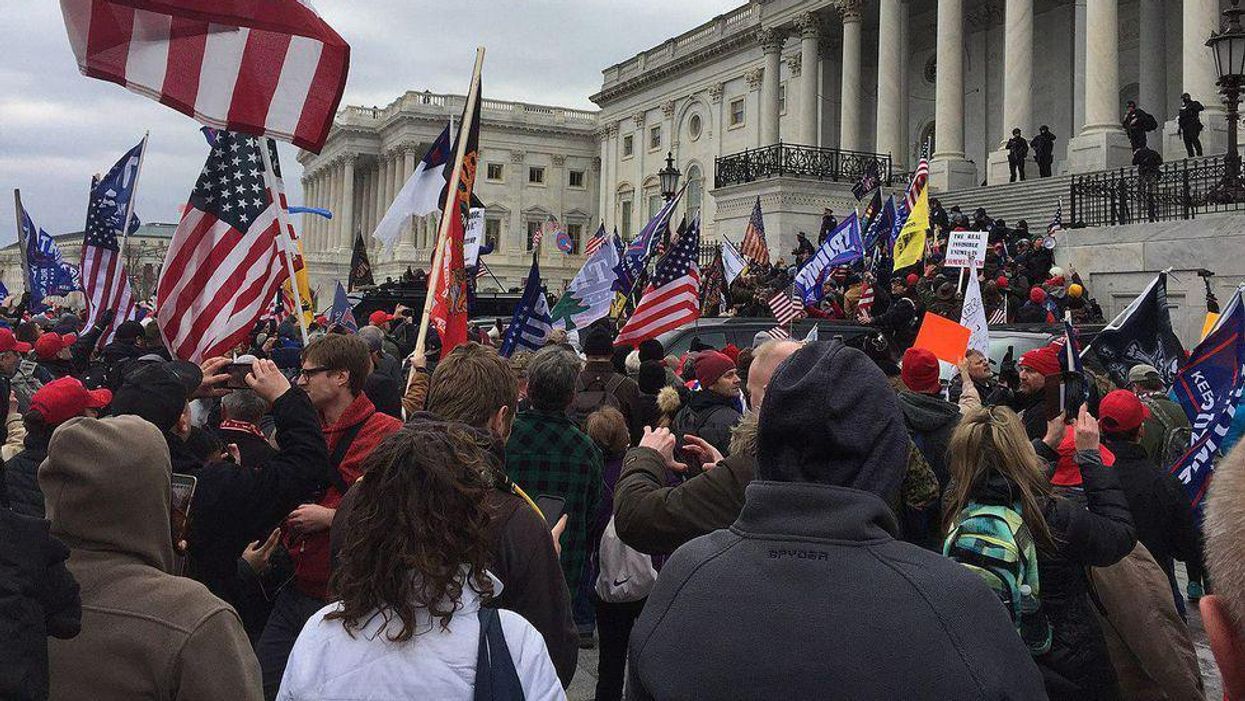 The blizzard of snowflakes that stormed the U.S. Capitol on Jan. 6 is rapidly melting under the klieg lights of consequences. It's hard not to laugh sometimes, and of course the funniest part is that these salty traitor tots' putsch not only failed to keep their wayward wad of amoral protoplasm in the White House, it also inconvenienced them so egregiously you'd think they were involved in serious lawbreaking or something.

Of course, historically speaking, these insurrectionists are being treated with the velvetiest of kid gloves. It's not like they're all being crucified along the Appian Way—or whatever the modern American equivalent of that would be.

Well, if you ask alleged Jan. 6 insurrectionist Gabriel Augustin Garcia, the 21st century take on the ancient Romans' cruel and unusual punishment would be "wearing an ankle bracelet that beeps too much." Oh, yes. And the dude is outraged, apparently.

Attorneys for a former Army captain charged with breaching the Capitol on Jan. 6 are asking that his ankle monitor be removed because its random beeping could lead to embarrassing interactions with prospective business clients.

The GPS device also is a safety hazard, said lawyers for Gabriel Augustin Garcia, a Florida man who was arrested in January.

"The monitor has randomly started beeping loudly around potential clients, immediately followed by an embarrassing phone call from pretrial services asking for his exact location," the lawyers said in court documents filed earlier this month.

Holy shit. How many of the Planck-length violins currently playing for Garcia could fit on the head of a pin? I really want to know.

His lawyers continued: "The monitor around his ankle is unsafe and a work hazard; he climbs ladders and the GPS monitor often gets stuck on the next ladder step when climbing; one time, he almost fell off a ladder."

He almost fell off a ladder? I almost lost my democracy. His perfidious pelvis would have healed eventually. Our country, not so much.

Garcia, who owns a roofing business in Miami, has been charged with several crimes related to his role in the Jan. 6 insurrection, including civil disorder, obstructing an official proceeding, and disorderly conduct in a Capitol building. He's currently free on bond and has pleaded not guilty.

According to the FBI, Garcia posted videos on Facebook during the uprising. In one, he allegedly said, "We just went ahead and stormed the Capitol. It's about to get ugly." He also allegedly told his fellow Trumpies to "storm this shit," referred to Capitol Police as "traitors," and shouted, "Nancy, come out and play!"

So, yeah, he needs to run free like the proud, majestic lion he is.

I don't know about you, but I kind of thought the whole point of the criminal justice system was to keep people from doing criminal shit. Trying to overthrow the legitimate government of the country you live in certainly qualifies as criminal.

He should thank his lucky stars that he wasn't immediately clapped in chains and disappeared to a work camp. In other words, he's lucky he lives in America. And if we all do our part, maybe we can keep this country more or less intact for the foreseeable future, no thanks to folks like Garcia.