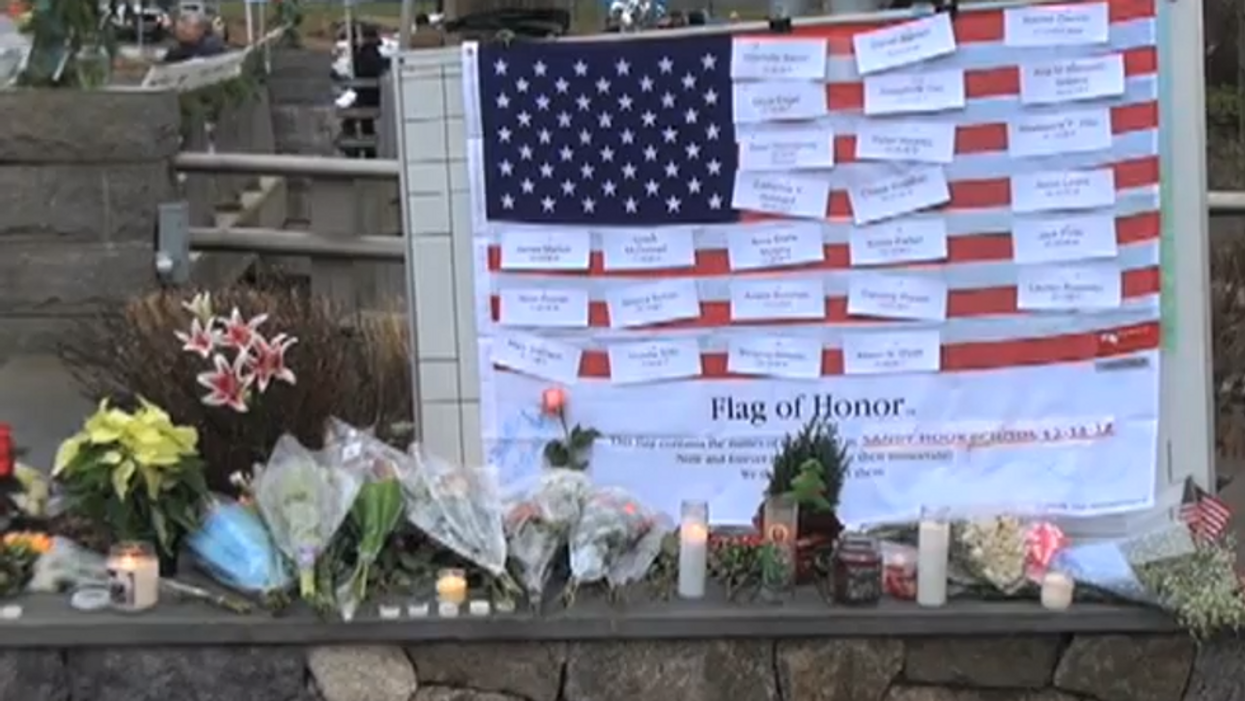 On Dec. 14, 2012, 26 people, including 20 children were murdered by a young man using an AR-15 inside of Sandy Hook Elementary School in Newtown, Connecticut. In 2014, nine families of the victims of this unimaginable event filed a lawsuit against Bushmaster Firearms International, the manufacturer of the gun; Camfour, a company that distributes Bushmaster products; and Riverview Gun Sales, an East Windsor, Connecticut, gun shop that sold the rifle to Nancy Lanza, the murderer's mother.* Bushmaster is owned by Remington Outdoor Co. The lawsuit calls for this chain of gun manufacturers and suppliers to be held liable for the children's' deaths.

Remington has been fighting the lawsuit ever since. In 2019, the Supreme Court denied the weapon maker's appeal to block the lawsuit. The plaintiff's filing highlighted the gun companies' advertising and promotion of lone gunman fantasies of power. At the end of July 2021, news broke that the now-bankrupt Remington Arms had offered the families a settlement deal of $33 million. On Thursday, Motherboard reports that Remington lawyers have "subpoenaed the report cards, attendance records, and disciplinary records of five kindergarten and first grade students murdered in the Sandy Hook Elementary School shooting." Think about that for a moment.

*Nancy Lanza was also murdered by her son.

According to a motion filed today by the families' attorneys, Remington's lawyers "served a subpoena on the Newton Public School District seeking: 'Any and all educational records in your possession including but not limited to, application and admission paperwork, attendance records, transcripts, report cards, disciplinary records, correspondence and any and all other educational information and records pertaining to' each of the five first-graders whose Estates are plaintiffs in this case," in mid-July. The motion filed on Tuesday was one the plaintiffs hope will end any further frivolous and painful subpoenas by the defense.

What's important to understand here is that this is simply a move to clog up the machinery. It is a war of attrition on the part of Remington and their legal defense. They may be in bankruptcy court but they have tons more resources than the plaintiffs do. Asking for these records is simply forcing resources and time to be dedicated to nothing. The only thing it may produce is a delay in the court proceedings. To fully consider how low this is, imagine what and why these "records" could be of use to Remington's defense in this case. Even if each one of these records included evidence of elementary school children saying that they hope to some day be brutally murdered by a person who should never have had access to a gun just so that their parents could sue a gun manufacturer, and even if these children's elementary school records showed that they hoped that their families would sue Remington Arms, it would have zero—I repeat, ZERO—bearing on this case.

And let's be crystal clear on this point: Motherboard reported on the Sandy Hook Parents v. Remington Arms case at the beginning of July when a discovery request by lawyers from the parents was met with truly loathsome lawyer bullshit. Asking for potentially relevant corporate emails from the weapons manufacturer, the parents received "tens of thousands of random cartoons, videos, memes, and emojis."

According to the lawyers who filed the complaint, the 46,000 documents contained no metadata or easy method of sorting or attribution. There were several thousands emails buried among the gender reveal videos and Minion memes, but far fewer than the lawyers expected.

One of the lawyers representing the families, Josh Koskoff, told Motherboard regarding this grotesque request by Remington for these school documents: "The records cannot possibly excuse Remington's egregious marketing conduct, or be of any assistance in estimating the catastrophic damages in this case. The only relevant part of their attendance records is that they were at their desks on December 14, 2012."

There may not be a hell, but if there is, I promise you there is a special place there for people who believe that there are any ends that justify these means.