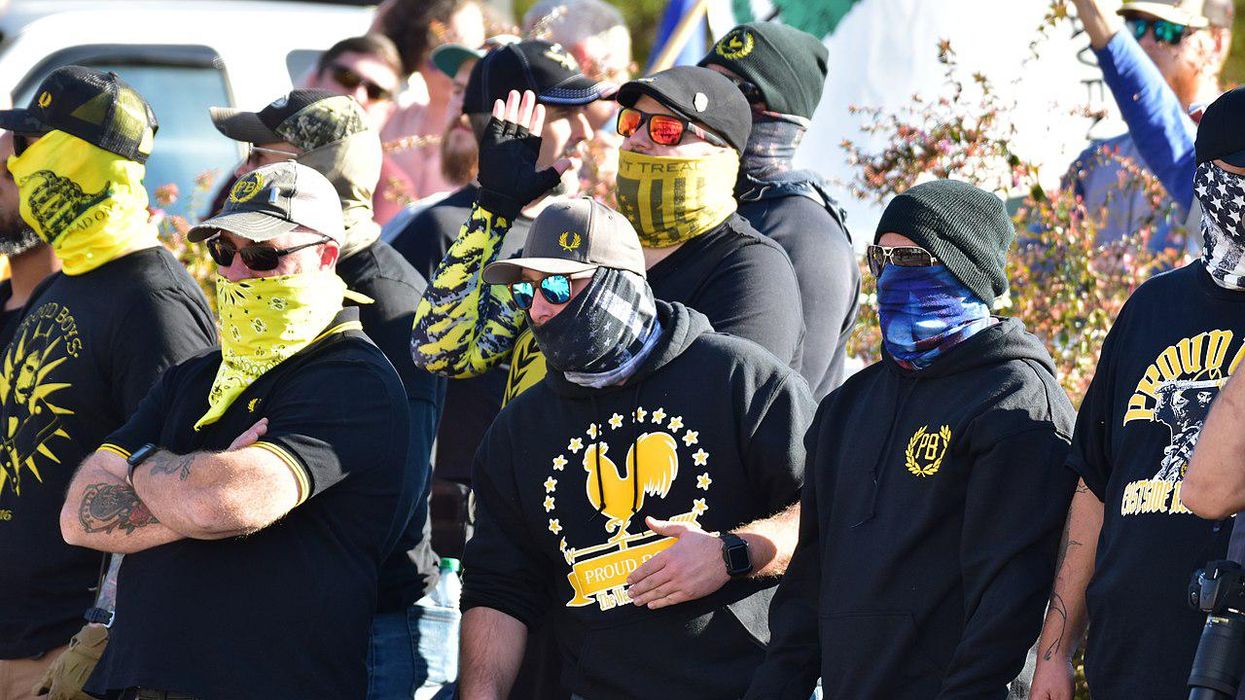 Anarchists and authoritarians are two different things. While authoritarians want a heavy-handed government — whether they're far-right fascists or far-left communists — dedicated anarchists have an intense disdain for government in general. But Never Trump conservative Max Boot, this week in his Washington Post column, argues that MAGA Republicans have managed to combine elements of anarchy with far-right authoritarianism.

Boot, a former Republican who supported now-President Joe Biden in the 2020 presidential election, writes, "Are Republicans anarchists or authoritarians? They are both…. Most on the right refuse to accept the authority of any institution they do not control, and they will go to any lengths to undermine it…. Once right-wingers take command of an institution — whether the Supreme Court or the 23 states where Republicans control the governorship and both chambers of the legislature — they will do everything possible to ensure compliance with their diktats."

Republicans are fighting to establish a state in which conservative white Christians are in charge. But until tha… https://t.co/FY0Bs6ZX8M
— Max Boot (@Max Boot) 1631045624.0

The 51-year-old Boot is politically right-wing himself, but he believes that the Republican Party took a dangerously authoritarian turn when it embraced Trumpism in 2016. The Post columnist has often said that one doesn't have to be a liberal to support liberal democracy. And in his Post column, Boot argues that the Trumpified GOP is combining elements of anarchy and far-right authoritarianism — at least for now — in the hope of establishing a "white Christian" state in the U.S. But they would gladly do away with the anarchy part after taking control, according to Boot.

"Republicans are fighting…. to establish a state in which conservative white Christians are in charge," Boot explains. "But until that happens, they will undermine every institution that they perceive as being under the control of their progressive foes. That is a long list, since Republicans are ludicrously convinced that the left has hijacked even institutions such as big business and the military."

MAGA Republicans, according to Boot, behave like anarchists when they support "attacks on the police officers who defended the U.S. Capitol on January 6" and "even oppose mask and vaccine mandates while COVID-19 is ravaging red states." But they show their authoritarianism, Boot writes, by supporting Texas' draconian new anti-abortion law, which forbids abortion after about six weeks even in cases of rape or incest.

"What can appear to be a contradictory outlook is actually typical of authoritarian movements," Boot observes. "When they are out of power, they will attack the state with every weapon at their disposal. Once they take power, however, they will entrench their own authority and repress dissent. Look at the right-wing ruling parties in India, Turkey, Hungary and Poland, which the GOP increasingly resembles. Like them, Republicans combine support for the free market — or at least crony capitalism — with an illiberal social agenda."

Boot concludes his column by warning that Trump "came perilously close to overturning the 2020 election results."

"Republicans could achieve greater success in toppling U.S. democracy in the future under a more disciplined demagogue," Boot warns. "They are maligning and undermining one 'liberal' institution after another so they can enshrine in power a regime that imposes the values of white, rural, conservative America on a fast-changing, urban, diverse and progressive nation that will soon be 'majority minority.' You might say they are practicing tactical anarchism with the strategic goal of instituting right-wing authoritarianism."