Donald Trump Jr. might actually be held accountable for his lies: analysis 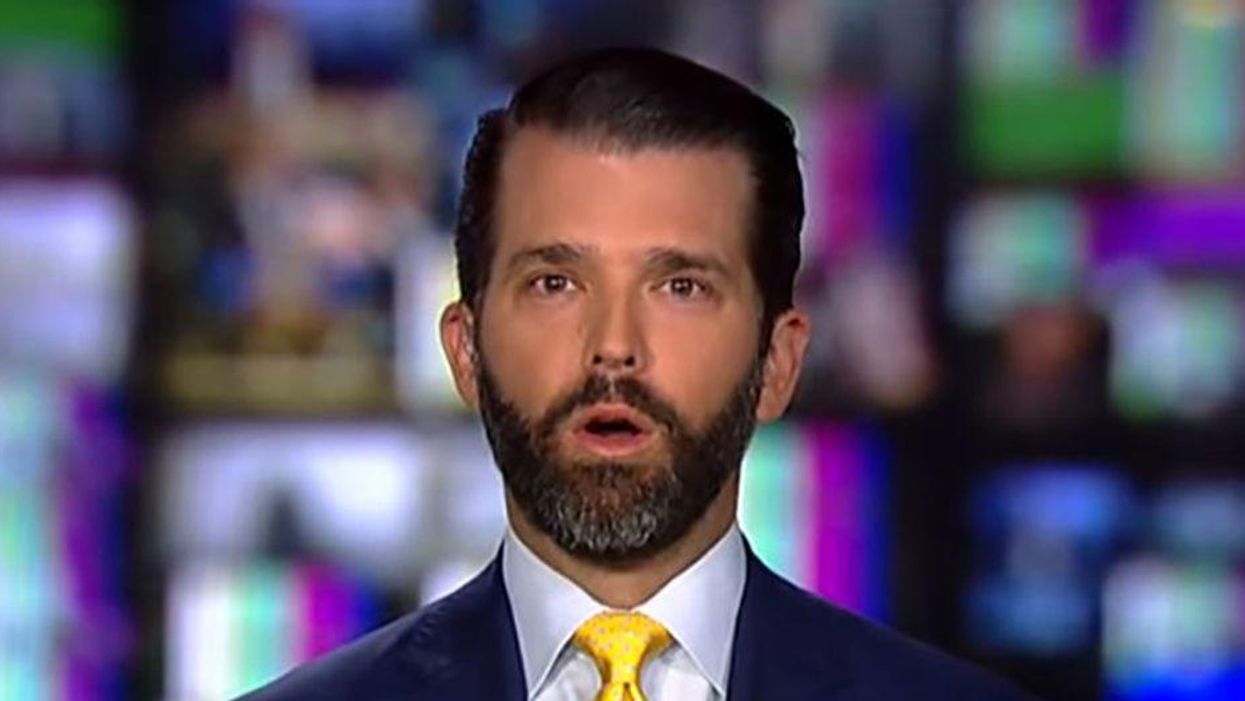 Donald Trump Jr. stands accused of defaming 2018 candidate Don Blankenship when he claimed that the former coal CEO was a "felon." In fact, Blankenship was convicted of a misdemeanor.

"Trump Jr.'s lawyers sought to have the case dismissed, but U.S. District Court Judge John Copenhaver rejected that Wednesday and said the case could move ahead," said the report. The decision was made, in large part, because Copenhaver believes that Don Jr. may have been aware that he was lying.

"To plead actual malice, therefore, [a plaintiff] must plausibly allege that [the defendant] [published] the [material] with a 'high degree of awareness' that it was 'likely' false," the decision read. "Recklessness may be found where there are obvious reasons to doubt the veracity or accuracy of information.[P]laintiff alleges facts in support of the inference that Trump, Jr. issued the tweet with knowledge of its falsity: (1) Trump, Jr. was involved in high-level discussions about the primary campaign in West Virginia, (2) he made the statements shortly after one such meeting, (3) the comments were made as part of a string of false comments by sophisticated party operatives, (4) the true facts were widely available on the internet and had been widely reported, and (5) he never retracted or corrected the false tweets, despite being informed of their falsity."

Blake drew attention to the part of the judge's comments saying that Trump Jr. "never retracted or corrected the false tweets, despite being informed of their falsity." Ironically, the judge noted that Trump Jr. promoted a CNN report saying that Blankenship was convicted only of a misdemeanor.

"That sounds familiar," he said.

In fact, the Trump family frequently refuses to admit they were wrong. Such was the case this week when Trump Jr. was told that the video of a person dangling from a helicopter in Afghanistan wasn't a person being "hanged by the Taliban." Trump Jr. doubled down, even going so far as to change his social media cover photos to remake President Joe Biden's logo with the person dangling from the helicopter.

Donald Jr. has been caught in several lies. There was the claim his father was better for Black Americans than Barack Obama; another was that his father's policies "were like jet fuel" to the economy. Trump Jr. was caught in the lie about meeting with a Russian lawyer in the now-infamous Trump Tower meeting, and he may have perjured himself when deposed in the Washington D.C. attorney general's criminal investigation of the Trump Inauguration Committee.

It's unknown if the West Virginia lawsuit will succeed, but Blake noted that the media corrects and the world moves forward with most of the Trump fact-checking.

"Trump Jr.'s M.O., by contrast, is to press forward even after his many false claims are debunked," wrote Blake. "The judge also goes further in this case in stating that there is evidence Trump Jr. would have known the truth."