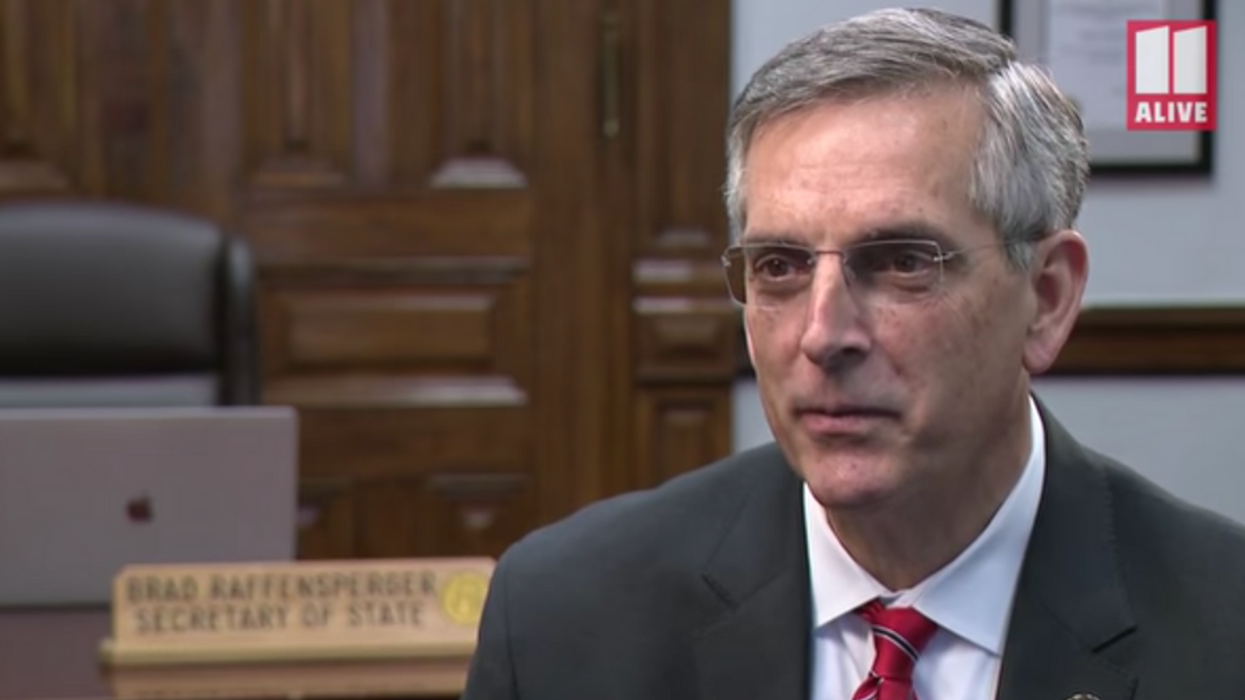 Georgia's secretary of state is using a sunshine law typically used by journalists to hunt for evidence of collusion between the federal government and civil rights activists against his state's new voting restrictions.

The U.S. Justice Department filed a lawsuit in June challenging the new law, and secretary of state Brad Raffensperger is using the Freedom of Information Act to seek evidence that government lawyers are "bowing to pressure" from "liberal activist organizations" who have opposed the restrictions, reported The Daily Beast.

"We want to find out exactly: Are they listening to these outside organizations?" Raffensperger told the website. "Are they taking their orders from high command — which is actually Stacey Abrams and these liberal activist organizations -- or are there actual liberal activists in the Department of Justice spinning these lawsuits out of whole cloth?"

A number of civil rights groups sued to block SB 202 in May, and the Justice Department followed the next month with a suit that alleges GOP legislators enacted the law to intentionally deprive Black Georgians of their right to vote, and Raffensperger complained that Georgia was "being continually targeted" when other states, including Minnesota and New York, also request identification for absentee ballots or prohibit handing out food and drinks to voters in line.

"The Department of Justice has taken the position that it's OK for some states to do what they're doing, but in Georgia you can't do that," Raffensperger said. "That' s a patently ridiculous position. Why are we held to a different standard?"

But civil rights activists say Raffensperger's FOIA requests intentionally single out Black churches and organizations and that his accusations lead to death threats, and all the targeted organizations deny collusion with federal officials.

"He knows there are no witches," said Marilyn Marks, executive director for the nonprofit Coalition for Good Governance. "We haven't been to the DOJ. We don't have any correspondence with the DOJ."

SCLC President Charles Steele Jr. also denied communications with the Justice Department, but said he supports their challenge to a "racist law."