Biden's statement on the Supreme Court's destruction of Roe v. Wade is not enough 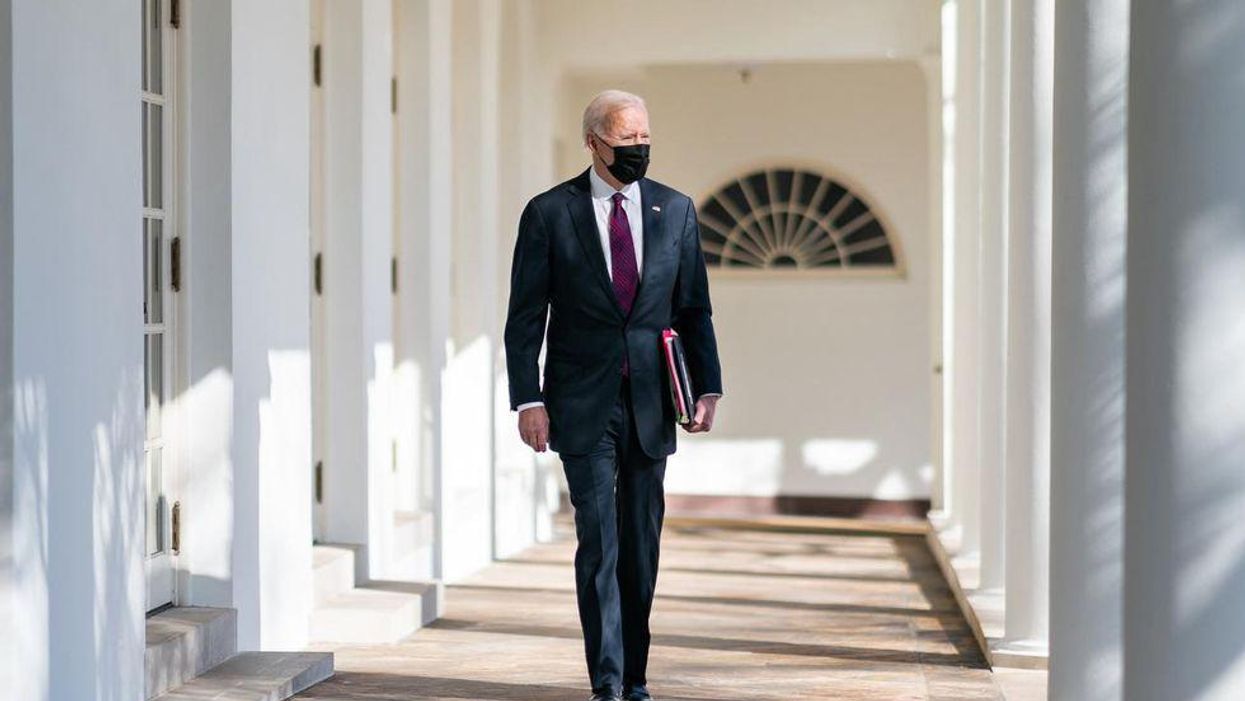 It has taken a lot of right-wing think-tanking and a lot of anti-democracy maneuvering, but the United States Supreme Court has successfully ended the decades of legal protections afforded women by Roe v. Wade. They were able to do this "without lifting a finger" by choosing not to act on Texas's draconian law that bans abortions after 6 weeks—a time frame in which most women do not have any idea that they are pregnant, and much sooner than most doctors tell you to even come in for a checkup. Also important to note, Texas's law codifies real Orwellian vigilante justice.

Conservatives in this country would like to maintain their ill-gotten Supreme Court majority. Aside from the three conservatives placed on the court by a minority-elected Donald Trump, two other conservative judges were put on the court by dubiously elected George W. Bush; and Clarence Thomas, nominated by Bush Sr., was a dirtbag that shouldn't have made it through the nomination process in the first place. On top of all of that, the Supreme Court's recent conservative decisions run in the face of most Americans' beliefs and moralities. They match closer to a corporate Christian theocracy. On Wednesday, with calls for President Biden and the Democratic Party to fight fire with actual governmental action, Press Secretary Jen Psaki reiterated President Biden's call for Congress to write Roe v. Wade into law. It isn't enough.

PRESS SECRETARY JEN PSAKI: Our focus, and the President's focus, is to reiterate our deep commitment to the Constitutional right, of course, established by Roe v. Wade nearly five decades ago and to continue to call for the codification of Roe—something the President talked about on the campaign trail, the Vice President talked about on the campaign trail, and this highlights even further the need to move forward on that effort.

President Biden has been a proponent of using Congress instead of expanding the Supreme Court to create a federal law that would supersede outrageous rulings like the one recently passed and upheld in Texas. In January, on the 48th anniversary of Roe v. Wade, Biden wrote, "Now is the time to rededicate ourselves to work ahead. From codifying Roe to eliminating maternal and infant health disparities, our Administration is committed to ensuring everyone has access to the health care they need."

That was January. This isn't enough, and not enough is what we've had for far too long. Whittling away at Americans' actual rights while frightened and superstitious shit-for-brains screech about masks stealing their dignity leads to these genuine human rights losses. Kids having to wear masks in schools is orders of magnitude not comparable to women being unable, by the punishment of jail, to make reproductive decisions about their own bodies.

The responses to the Supreme Court's and Texas' perverse Christian fundamentalism came fast and furious. Legal analyst Joyce Alene, a Professor at the University of Alabama School of Law, wrote that "If the Texas statute survives judicial scrutiny, other states can adopt similar laws. That means no safe harbors for women & especially a horrible impact on those who are poor." Congresswoman Ayanna Pressley called on her colleagues to pass The Women's Health Protection Act.

But as many have pointed out. Saying a lot of stuff isn't the same as doing a lot of stuff, and right now, all the hemming and hawing that people have done over the years—like saying that Roe v. Wade was settled law—is moot.

There is an awful lot of word salad coming from Democratic politicians today who say they are going to fight back a… https://t.co/iik1CbKChF
— Brian Fallon (@Brian Fallon) 1630524351.0

But we know what needs to be done. Former Chief of Staff for Sen. Harry Reid makes it clear:

From President John Adams to president Thomas Jefferson to President Abraham Lincoln, everyone has expanded or contracted the court.

The three branches of our government are supposed to check and balance powers for majority rule to win the day, not the other way around.

To be clear, an actual anonymous "whistleblower" website has been created to get people to throw their neighbors under the bus.

And some advocates are making sure to work as hard as possible to spam the shit out of that digital Salem witch trial website.

Hey everybody, there’s a whistle blower website to report women getting abortions in Texas and I have been working… https://t.co/zhBklXzwPc
— Cam (@Cam) 1629814614.0

And finally. It's not just this. It's not simply "abortion" that the Christian right and this Supreme Court want to curtail. They want to clip everyone who isn't willing to say the eye of the needle is larger than a camel.