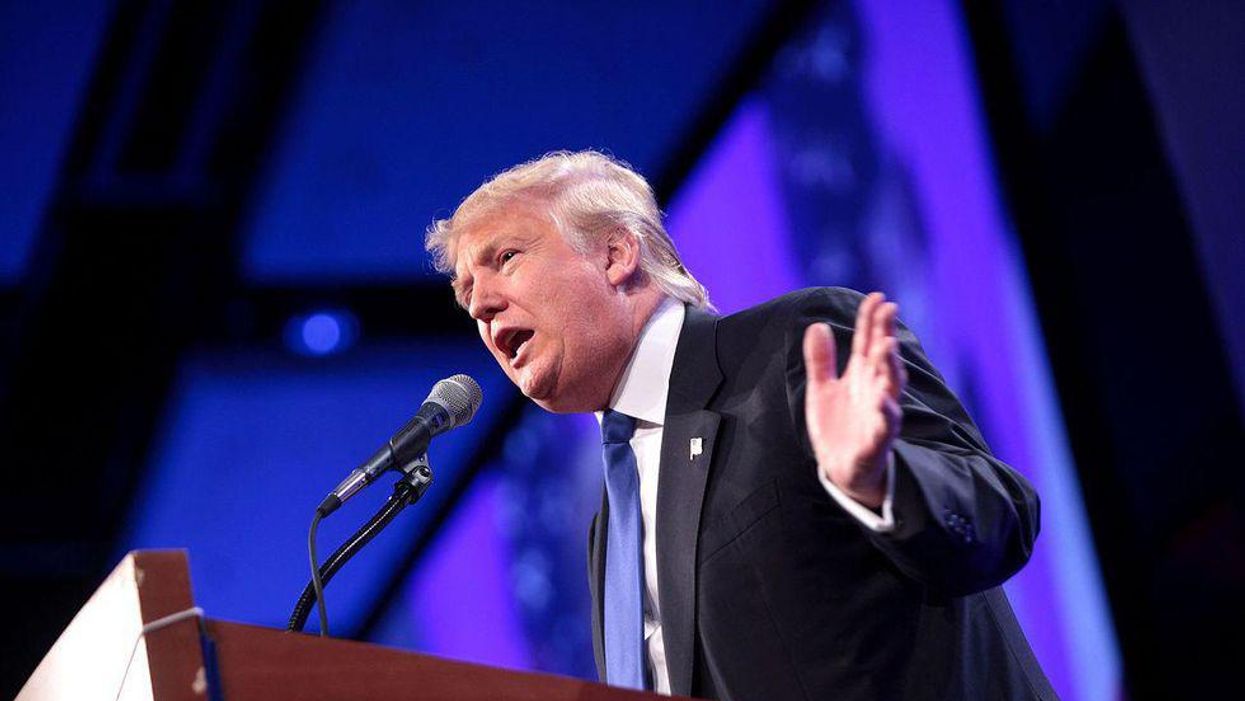 Donald Trump is succeeding in mainstreaming his fringe politics at the state level just like he did at the federal level.

Originally, the Arizona sham audit was an outlier—replicated in no other state and only gaining prominence among Trumpy bit players at the state level. Now, however, GOP leaders in Wisconsin and Pennsylvania have put the full weight of their legislative bodies behind the Arizona-style investigations, giving them a veneer of import despite the fact that they are nothing more than exploratory boondoggles.

These so-called "audits" won't overturn the election results, and they are coming on the heels of multiple recounts in both states. So the likelihood that the reviews will reveal anything approaching a significant finding is sheer fantasy. But at the end of the day, they needed to be on Trump's good side, and putting the full force of government behind the effort was the surest way to do that.

Senate President Pro Tempore Jake Corman, who had been dragging his feet on opening an investigation, finally bowed to Trump pressure campaign in late August.

"I am 100% behind it," Corman told a pro-Trump media personality after Trump loyalists began calling for primary challenges to any GOP lawmakers standing in the way of a review. Corman ultimately sidelined one of the state's chief proponents of the audit, Sen. Doug Mastriano, and put a loyalist in charge of the effort—Sen. Cris Dush.

In Wisconsin, GOP Assembly Speaker Robin Vos made a similar calculation. In June, Vos tapped a former conservative Supreme Court Justice Michael Gableman to lead a state audit after Trump had attacked Vos and several other GOP lawmakers as "working hard to cover up election corruption."

Late last month, Wisconsin Republicans on a key Assembly committee voted along party lines to pump nearly $680,000 in taxpayer funding into the effort. Vos later bragged to a conservative radio host that Trump was "comfortable" with "where we're heading."

Ultimately, GOP lawmakers like Vos and Corman have mainstreamed Trump's corruption to save their own hides.

"It's disappointing, because part of the burden of leadership is killing bad ideas that might be popular with the base," Trey Grayson, former Kentucky GOP secretary of state, told Politico. "When they put their imprimatur on it, it's a signal to everybody that they think that this is important."

In the meantime, the Arizona fraudit has produced exactly nothing—no results—and no one has any idea when it will.

Corman said that he hoped the Arizona results would "give us momentum, make it harder for courts to shoot us down, if results have happened in other states that have seen this." Corman has also indicated subpoenas are in the offing if they become necessary. Hearings on the matter are set to begin later this week.