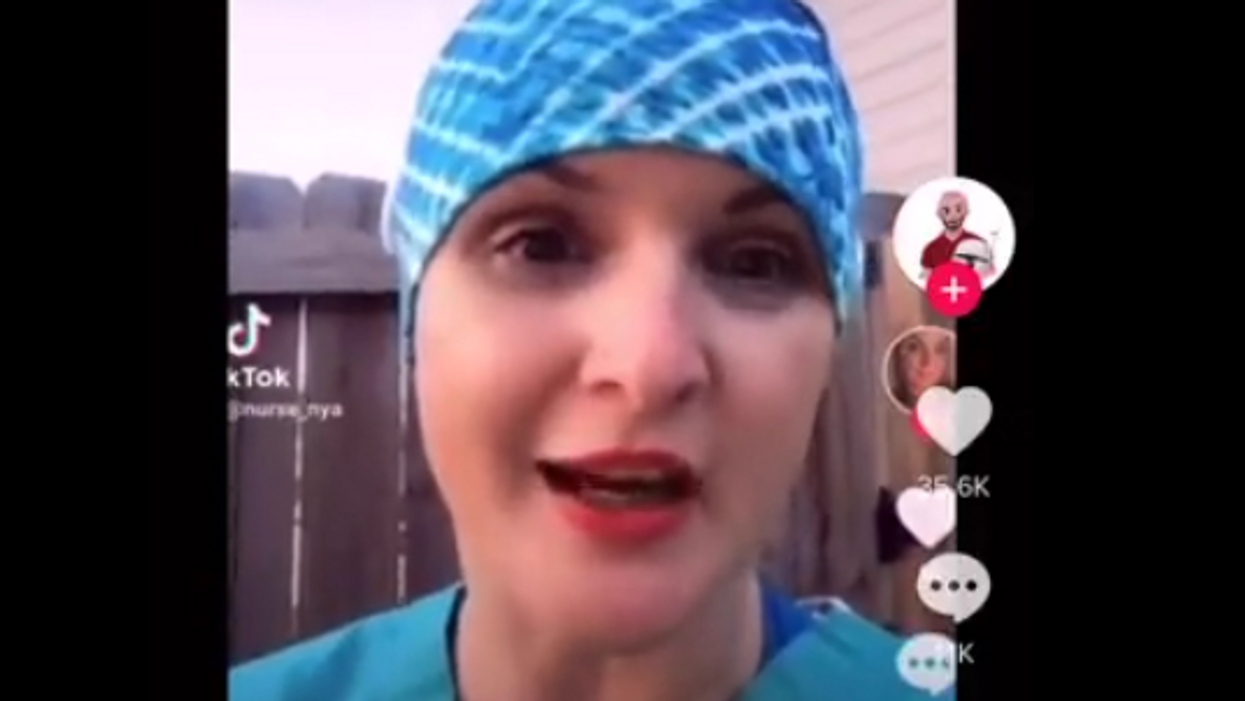 A surgical tech at a Georgia hospital no longer has a job after she posted a video where she compared the hospital's vaccine mandate to the Holocaust, WSB-TV reports.

Jessica Renzi was a surgical technologist with the Wellstar Healthcare System. Since her firing, all her social media accounts have been deleted. In the video that was posted to TikTok, Renzi had a hand-drawn tattoo on herself that was her vaccine lot number, which apparently was meant to mimic the tattoos given to concentration camp prisoners.

In a statement, hospital officials announced that Renzi no longer works for them.

"Jessica Renzi is no longer an employee of Wellstar Health System," the statement read. "At Wellstar, we stand strongly against anti-Semitism as well as comments or behavior of any kind that do not serve our commitment to diversity, equity and inclusion. We are dedicated to fostering an environment where all team members treat others with compassion and respect. Wellstar remains steadfast in our mission to enhance the health and wellbeing of every person we serve."

All Wellstar employees must be fully vaccinated by Oct. 1. Protests against the mandated have taken place at the hospital throughout the week.

"Call it unconstitutional, call it whatever you want," protester Darrell Hester told WSB-TV. "You've got medicine out here that's taking years, decades to be approved and then you see you on TV now they say, 'Hey, if you or your loved one has taken such a such a product, call this lawyer.' Well, this has only taken months and it pushed through, yeah, that's a little scary."

The Anti-Defamation League also put out a statement regarding the incident, condemning Renzi's use of Holocaust imagery.

"The use of Nazi and Holocaust analogies is deeply offensive, even traumatizing, especially to the families of those who perished and lost loved ones in World War II," the statement read. "For Jewish families, Holocaust analogies trigger fear around one of the darkest, most antisemitic times in recent history, and these present day analogies come at a time of heightened antisemitism in the US felt very clearly by American Jews. Especially as the world deals with fear around the fragility of the pandemic, invoking Holocaust analogies only functions to further distrust and anxiety, not bring us together forward."