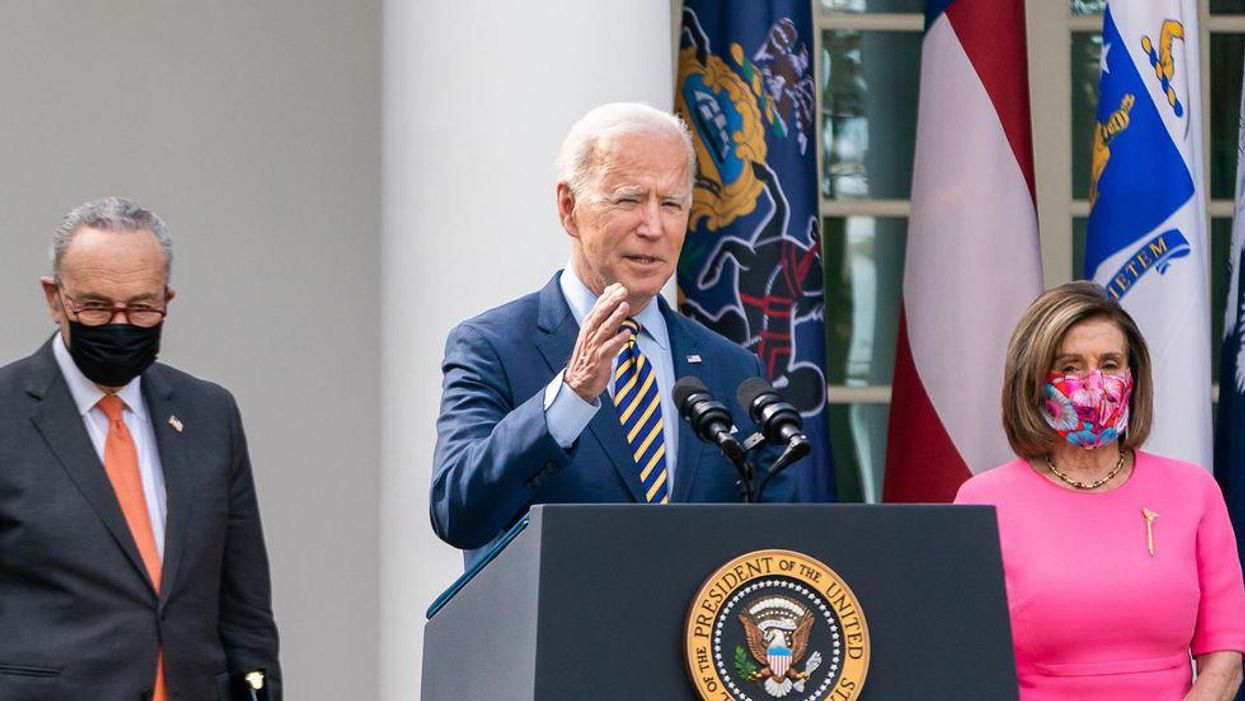 Throughout the COVID-19 pandemic, additional unemployment benefits have helped keep some 6.7 million people out of poverty. As of September 7, those expanded benefits will expire along with the $300 weekly federal boost to traditional unemployment insurance (UI). As of now, it doesn't look likely that the White House or Congress will be able or willing to extend them once again.

About 7 million people will be losing the benefits, and as usual, it's going to be people of color who are disproportionately harmed. In July, the unemployment rate for white people was 4.8%, but for Blacks, it's 8.2% and 6.6% for Hispanic people. "Our long-term unemployed, our Black and Latinx workers continue to need these benefits because, due to systemic racism, they face longer periods of unemployment," Jenna Gerry, senior staff attorney with the National Employment Law Project, told The Hill. "By cutting this off, we're going to exacerbate the inequity that already exists within our economy."

Three programs boosted unemployment benefits provided by states and extended them to gig workers and the self-employed for the first time. The programs are Pandemic Unemployment Assistance (PUA), which covers freelancers and gig workers and others not traditionally eligible; Pandemic Emergency Unemployment Compensation (PEUC), which extended aid to long-term unemployed who exhausted their state's benefits period; and Federal Pandemic Unemployment Compensation (FPUC), the $300 weekly boost to help people recover more of their lost wages (for 2020, that weekly boost was $600). The programs were enacted in March 2020 in the CARES Act, and in the American Relief Plan passed in March of this year, they were extended again.

The White House and Democratic leaders had agreed to an October deadline for the programs to expire, but last-minute obstruction from West Virginia's Democratic Sen. Joe Manchin blew that up, and the expiration date moved up a month to a date when Congress was scheduled to be in recess.

Manchin remains opposed to extending benefits. "I'm done with extensions," he said earlier this month in an interview with Insider. "The economy is coming back," he said, ignoring the fact that thanks to the delta variant, so is COVID. "Look, guys, read your own print. Read your own print. The economy is stronger now; the job market is stronger. Nine million jobs we can't fill. We're coming back."

That's Manchin buying into the myth that expanded unemployment benefits have created "labor shortages." Data from June and the real-world experience in 26 states that ended benefits early shows that ending early didn't significantly increase hiring. In fact, job gains in the states that maintained the expanded benefits were about the same as in those states where they ended early.

"We find only a marginal effect" of the benefit cut and the supply of labor, Gregory Daco, chief U.S. economist at Oxford Economics, said. "As such, benefits discontinuation may end up doing more bad on the personal income ledger than good on the employment ledger of the economy." That's the consensus among other economics, including Ronnie Walker at Goldman Sachs, who said: "on net … benefit expiration did not provide a boost to June employment."

The programs for the remaining states end just after Labor Day, and it doesn't seem likely that that can be prevented right now. The White House doesn't appear to be ruling out future extensions. On August 6, Press Secretary Jen Psaki said "At this point, they're expiring at the beginning of September. Nothing has changed on that front, but a final decision has not been made."

If there's any good news in this, it's that the Biden administration has boosted food assistance benefits significantly this week. That can help cushion the blow for the 7 million losing unemployment somewhat.