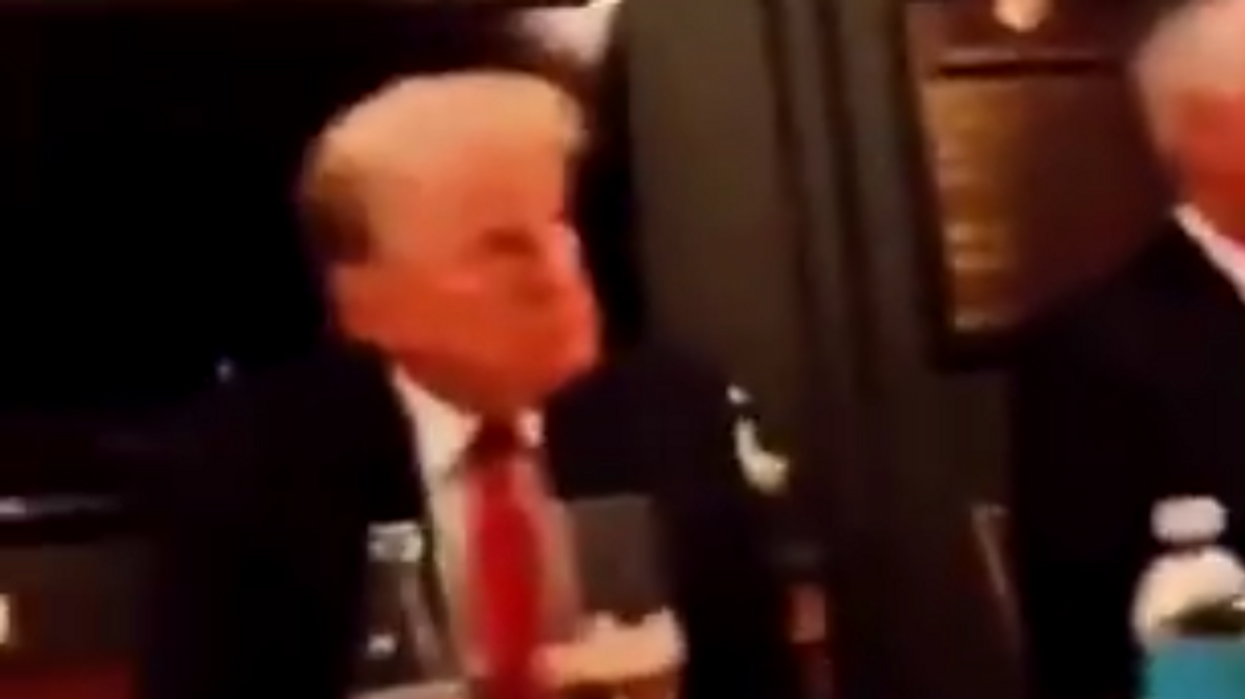 U.S. Rep. Madison Cawthorn (R-NC) posted a short video clip of himself in a "round table" meeting with Donald Trump and over a dozen people, which he labeled, "Creating the Plan to Win," and captioned: "Behind the Scenes."

The video, since disappeared but captured by some savvy internet users, shows Trump at his usual place whenever he's seated at a table, dead center. One man can be heard saying something about "half a million dollar salaries for four years," and asking, "What do we do? We're a little bit of a special group."

It’s like Madison Cawthorn is treating his meeting with Trump today like a reality show, while Trump is trying to g… https://t.co/yPMJRfnFCt
— Ron Filipkowski (@Ron Filipkowski) 1627868242.0

It's all eerily reminiscent of Trump's White House cabinet meetings setup, more so after Trump's former White House Chief of Staff went on right wing cable news Friday talking about how the former president is currently holding meetings with his "Cabinet," as if he were a president in exile.

The New York Times' Maggie Haberman was so stunned she weighed in on Twitter:

I can’t stop thinking about this interview. The former chief of staff is talking as if there’s a shadow presidency… https://t.co/qVvoNcvDXd
— Maggie Haberman (@Maggie Haberman) 1627746802.0

Cawthorn, a member of what some call the "Sedition Caucus," held a $50,000 a plate fundraiser at Bedminster Saturday, one day after that curious video was taken, with "special guest" Donald Trump. Cawthorn desperately needs the cash. He's reportedly spent $1.5 million of his $1.8 million fundraising haul this year.

One of Cawthorn's Democratic opponents mocked him on Twitter:

Some are responding to the "Cabinet" video and photos. Filipkowski says, "I think it's about the second rally at the Capitol they are planning on Sept 18."

@RonFilipkowski Wonder if this is the "cabinet meeting" which insurrection enabler Mark Meadows was referring to?… https://t.co/V5rIJ8QcUz
— John Yap (@John Yap) 1627873040.0

@RonFilipkowski A Shadow cabinet meeting, setting up a platform for a new insurrection to seize the government!! Ho… https://t.co/gLot9WUPZM
— Patti Rod (@Patti Rod) 1627879004.0

@CawthornforNC Planning you're next attack on the Capitol??? It looks like the dinner scene from the Godfather🙄 https://t.co/LVtH3AqSZN
— Maureen Schroeder (@Maureen Schroeder) 1627902644.0