'Too much of the wrong news': Hawaii Lt. Gov. is fed up with COVID misinformation 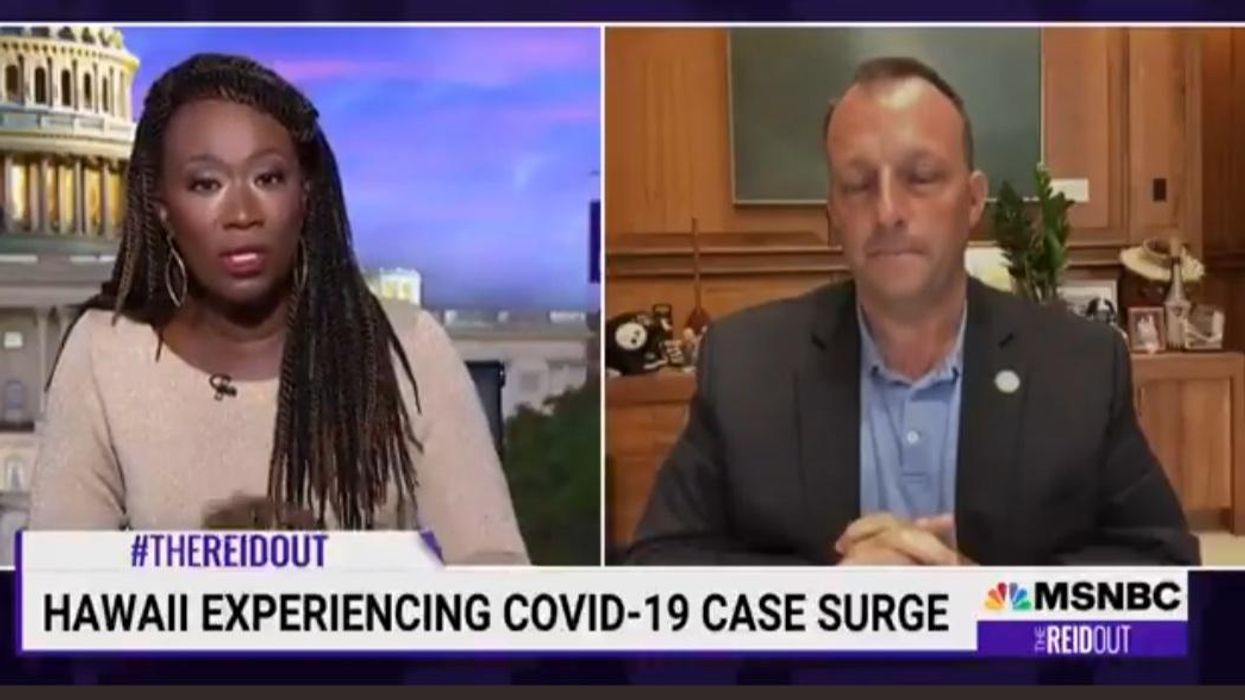 Hawaii Lt. Gov. Josh Green (D) is voicing concerns about the spread of misinformation while offering details about the COVID reality he witnesses working in a hospital emergency room on a daily basis.

Speaking to MSNBC's Joy Reid, Green described the health crisis unfolding at the hospital where he works. According to Green, the vast majority of COVID patients he is treating are unvaccinated.

"Everyone in the hospital that I'm caring for is now, well, they're unvaccinated," said Green.

"And they're usually very tearful because they realize they could have prevented it. I have not had a single patient yet who has been vaccinated, so all of my Covid patients have been unvaccinated."

He added, "They all are beside themselves because they know now they could die because they could've done the one simple thing, which was to get vaccinated."

Reid also chimed in as she cited the Covid situation unfolding in Mississippi. In the southern state, misinformation is running rampant, and some residents are turning to a livestock drug called Ivermectin as an alternative treatment for COVID-19. Green attributes that situation to watching the wrong news and following the wrong feeds on social media.

"I have had even educated people who watched too much of the wrong news and who watch feeds on social media yell at me for not prescribing Ivermectin or other treatments that don't work" Green said.

"So it's really sad because, once again, people who should be getting the right information, who should be capable of doing the right things," he continued, "and making the right decisions to not catch covid are now completely confused because of the rhetoric that's become political."

While Green did not specifically point out examples of misinformation, Mediate reports that he may have alluded to recent segments that aired on Fox News. The publication notes that one host "suggested ivermectin can be an effective treatment for Covid, despite a lack of credible scientific evidence."

At a later point during the MSNBC segment, Green added, "At the end, it's going to be science, not some some kind of science fiction, that stops this pandemic."