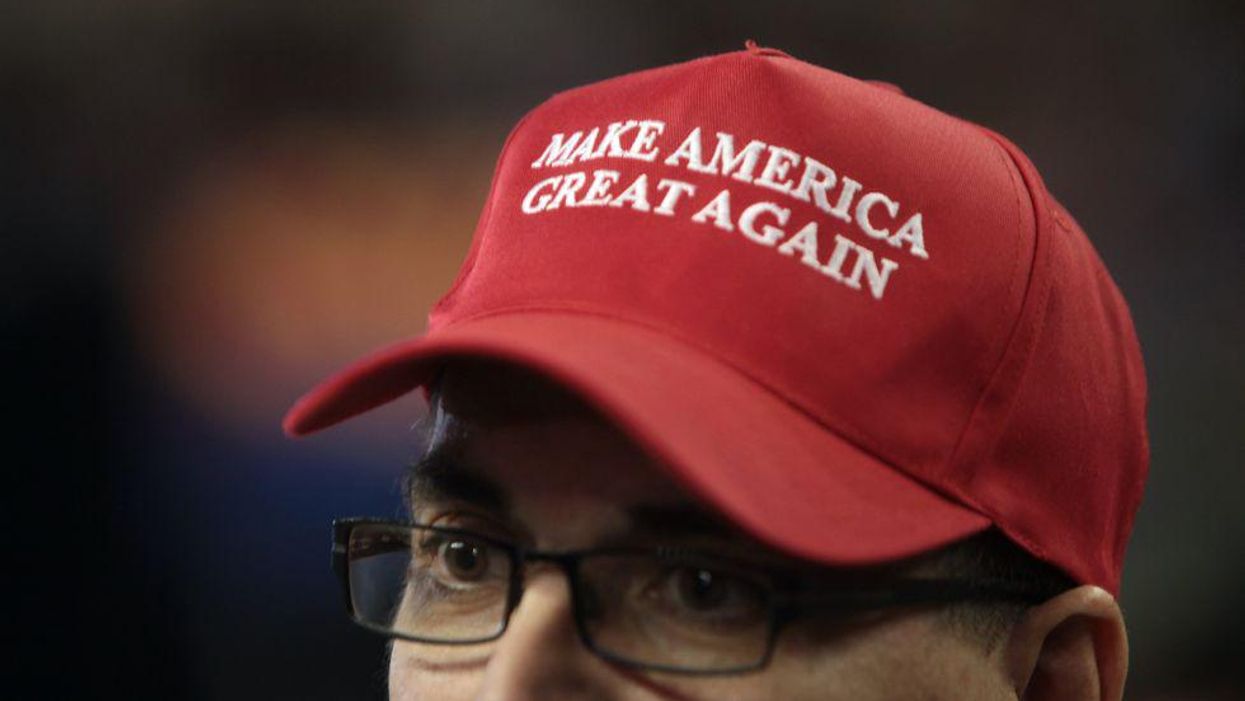 Make America Great Again hat in support of Donald Trump at a rally at Veterans Memorial Coliseum at the Arizona State Fairgrounds in Phoenix, Arizona. // Gage Skidmore
Trump's delusions and conspiracies are one aspect of a distinctive American bias against reality
Meaghan Ellis
August 21, 2021

As the Republican Party looks to restructure after former President Donald Trump's damning defeat in 2020, many leaders and lawmakers within the party are setting their sights on the White House. However, there is just one problem: they are ignoring the biggest 'elephant in the room,' according to author Ben Jacobs.

Since his departure from the White House in January, Trump has remained relatively mum about his future political aspirations. But he and some of his allies have hinted at the possibility of another presidential run in 2024. Could it really happen? It's still possible.

However, the former president's lurking presence may cast a dark cloud over the party and its future. Despite being exiled from social media, Jacobs acknowledged Trump's political influence and how he remains a key figure for the Republican base. Although the former president has mostly stayed out of the public eye, he has still endorsed candidates during this year's special election and maintained some form of relevance among voters.

So, how would Trump's presence impact the Republican Party's chances of regaining control of Congress? It's a critical situation GOP leaders need to address before they officially begin campaigning. However, some Republican strategists aren't so sure Trump's Republican popularity, alone, is enough to win another presidential election.

"Even the base that loves Trump is not so sure he should run," said Vander Plaats. "I don't know that he's going to be able to win. He'll be able to win the primary but will he win the general? And the calculation of so many of the base is that we love what President Trump has done … but we need to win."

John Brabender, a veteran Republican strategist also put the United States' voter demographic into perspective. "The group of people who believe wholeheartedly in the Trump agenda and thought his style and manner was exactly what we needed to have happen, versus the group that was wholeheartedly in support with his agenda but uncomfortable with his style and manner."