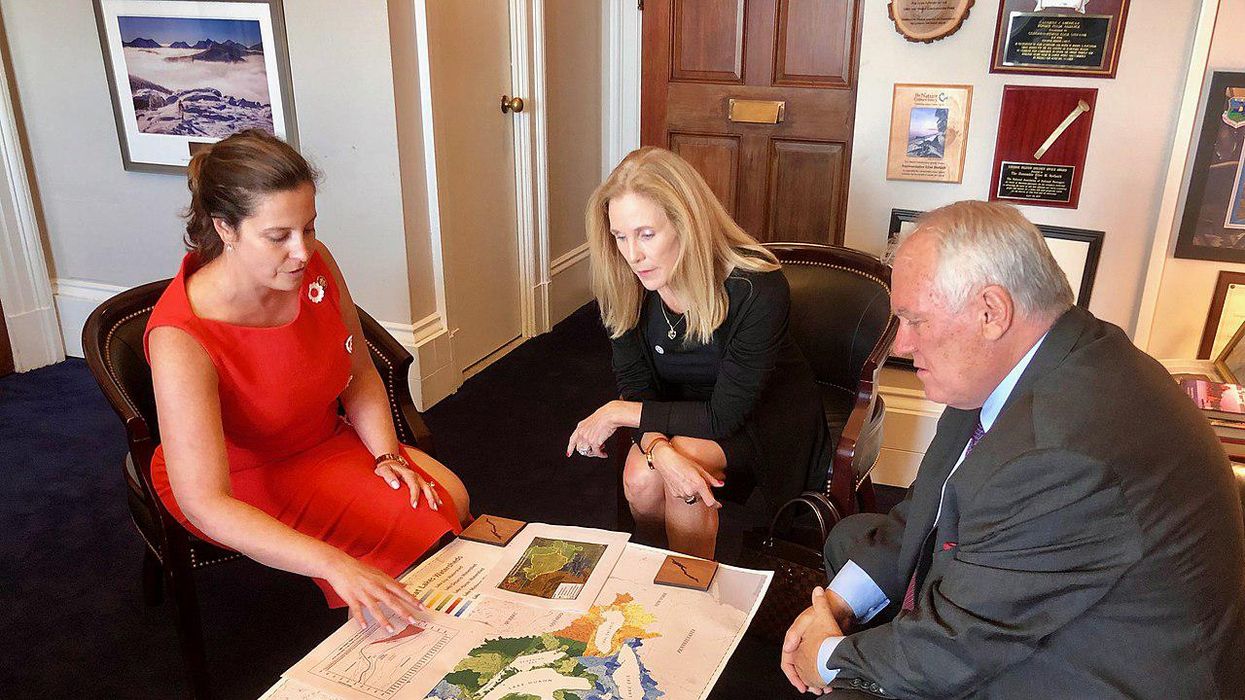 When Rep. Elise Stefanik of New York was first elected to the U.S. House of Representatives in 2014, she was often described as a moderate Republican and stressed that she was happy to find common ground with Democrats. The Stefanik of the mid-2010s was conservative-leaning but not far-right, and she was chosen as co-chair of the moderate Tuesday Group. But Stefanik, who was critical of Donald Trump in 2016, has since flip flopped and gone total MAGA — and the more powerful she becomes in the GOP, the worse she becomes.

Politically, Stefanik's antics have paid off. When the arch-conservative Rep. Liz Cheney of Wyoming voted in favor of Trump's impeachment following the January 6 insurrection, Trump supporters were furious with her — and every time Cheney acknowledged that President Joe Biden legitimately won the 2020 election, she enraged House Minority Leader Kevin McCarthy. Cheney's anti-Trump statements caused her to lose her position as House GOP Conference Chair, and she was replaced by someone who has reinvented herself as an in-your-face Trump loyalist: Stefanik.

The Stefanik of 2021 is radically different from the Stefanik of 2015 or 2016. The 37-year-old congresswoman obviously decided that becoming a full-fledged Trump supporter was the best way to advance politically, and it worked. Stefanik, as House Republican Conference Chair, is now the third highest-ranking Republican in the U.S. House of Representatives. And she repeatedly debases herself with actions that would make the Stefanik of six or seven years ago cringe.

House Speaker Nancy Pelosi is now holding hearings as part of her select committee on the January 6 insurrection, and Pelosi has welcomed bipartisan participation by picking Cheney and Rep. Adam Kinzinger of Illinois, both conservative Republicans, for the committee. Stefanik has responded by claiming, ridiculously, that Pelosi was responsible for the January 6 attack on the U.S. Capitol Building because of inadequate security.

Stefanik is being inundated with criticism for a ridiculous July 30 tweet in which she wrote that the way to "protect" Medicare and Medicaid is to "reject socialist healthcare schemes" — an idiotic assertion in light of the fact that Medicare, established in 1965 as part of President Lyndon B. Johnson's Great Society, is the closest thing the United States has to a socialized health care plan. Sen. Bernie Sanders of Vermont, a self-described "democratic socialist," has often said that because Medicare is both overwhelmingly popular and a raging success, it should be expanded to Americans of all ages rather than being limited to those who are 65 and older.

Today’s Anniversary of Medicare & Medicaid reminds us to reflect on the critical role these programs have played to… https://t.co/IfTQCBMPSK
— Elise Stefanik (@Elise Stefanik) 1627655199.0

One of Sanders' allies, Rep. Alexandria Ocasio-Cortez of New York City, another self-described "democratic socialist," mocked Stefanik's comments on Twitter when she posted, "Totally agree. In fact, to further protect Medicare from socialism, let's strengthen it to include dental, vision, hearing, & mental healthcare and then allow all Americans to enjoy its benefits. Trust me, Medicare for All is the #1 thing you can do to own the socialists."

Sure, the statement is ludicrously stupid on it's face, but it also shows Stefanik has internalized one of the main… https://t.co/rgN7EqDv2e
— Jordan Weissmann 🗽 (@Jordan Weissmann 🗽) 1627659610.0

I agree with @EliseStefanik, we should reject socialist healthcare schemes and support Medicare for all. https://t.co/ETqRPxvSCx
— Ted Lieu (@Ted Lieu) 1627661033.0

Another way in which Stefanik is debasing herself is her attacks on expert immunologist Dr. Anthony Fauci. While the highly infectious Delta variant of COVID-19 rages in Republican-controlled states, Stefanik and her allies would rather take cheap political shots at Fauci than try to save lives during a deadly pandemic that, according to Johns Hopkins University in Baltimore, has killed more than 4.2 million people worldwide.

Criticism of Stefanik's shameless MAGA antics are not only coming from the left, but also, from some on the right — including CNN's S.E. Cupp, a Never Trump conservative. In a scathing video released on July 28, Cupp attacked Stefanik's comments blaming Pelosi for the January 6 attack on the U.S. Capitol Building as "a shameless and ridiculous attempt at obfuscation."

Cupp told CNN viewers, "The speaker of the House, of course, is not responsible for the security of Congress. The Capitol Police are. Stefanik knows this. She's not stupid. She is, however, disgraceful…. It's the only word that can describe her spectacular misuse of power and platform."

SE Cupp: Stefanik a disgrace and a disappointment youtu.be

During her blistering commentary, Cupp noted how dramatically Stefanik has changed since 2015 and 2016 and slammed her as a total opportunist.

"Stefanik got a little taste of power, and boy, did she like it," Cupp explained. "Now, it seems, power and staying in Trump's good graces, is all that matters. As the old adage goes, power tends to corrupt — and absolute power corrupts absolutely. What a shame, what a disgrace."

Stefanik has clearly chosen power over principle, making herself a star in MAGA World while renouncing most of what she stood for when she first entered Congress.