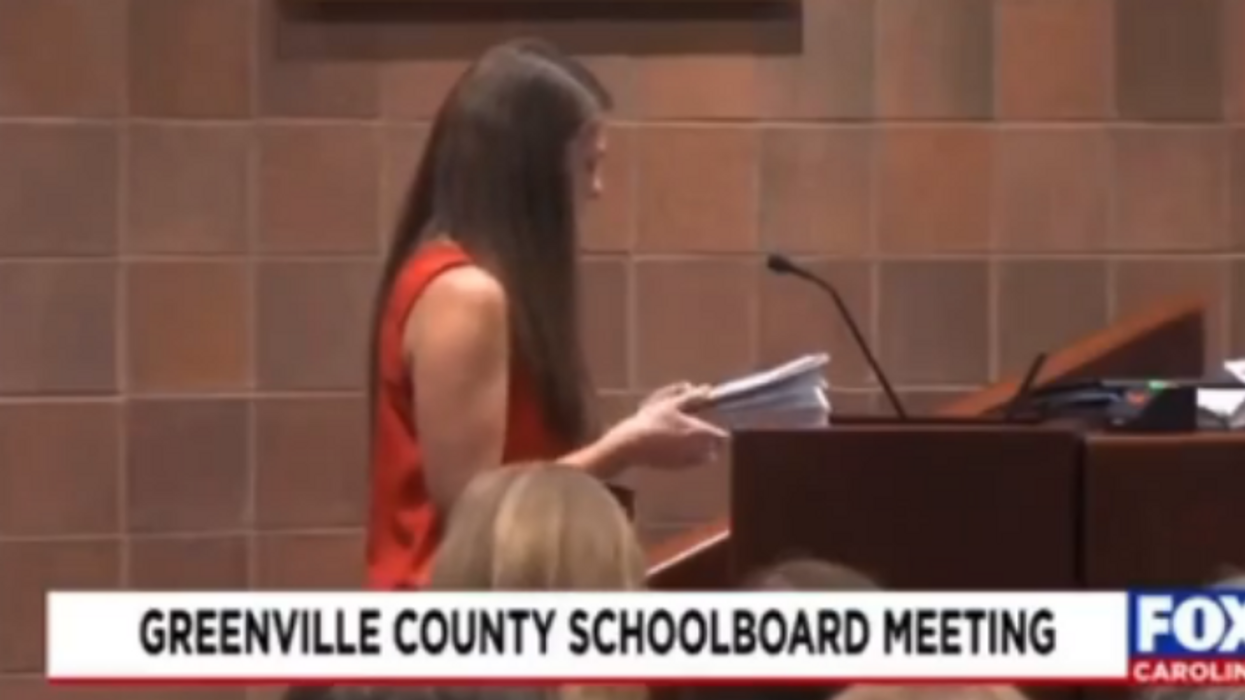 A South Carolina parent told the Greenville County School Board the CDC is considering using the coronavirus pandemic to develop Nazi-style "concentration camps," and wanted to know if the board would "comply" with the health agency's alleged order.

There is no evidence that the CDC is creating concentration camps, nor has the authority or even interest to do so.

The unnamed parent described the alleged CDC program as "a plan to shut down schools, and to use them as camps to physically isolate men, women, and children" (video below.)

"The plan talks about the loss of freedoms and personal interactions, it talks about taking children away from their parents, families, away from each other and separating each separate everyone by genders," she indicates.

"My question is, will the school board comply to this CDC shielding approach, aka 'concentration camps' now being renamed as green zones. And if you, if you want a copy, I'll be more than happy to give you one to look into, to do your own research on to see what you think about it."

Under the Trump administration CDC did produce a document discussing the "shielding approach" the woman mentions, but it does not correspond to the dystopian and fascistic world she describes. In fact, the document begins by mentioning the concept "has raised questions and concerns among humanitarian partners who support response activities in these settings," and it effectively argues against the idea.

The video from Tuesday night's school board meeting was posted by attorney Ron Filipkowski. He adds that she is "reading off an article that was posted on GETTR," which is the new social media site flooded by the far right, and run by former Trump advisor Jason Miller.

A woman reveals to the Greenville, SC School Board tonight that she has uncovered a plot by the CDC to shut down sc… https://t.co/UA6GRbksKe
— Ron Filipkowski (@Ron Filipkowski) 1629855470.0