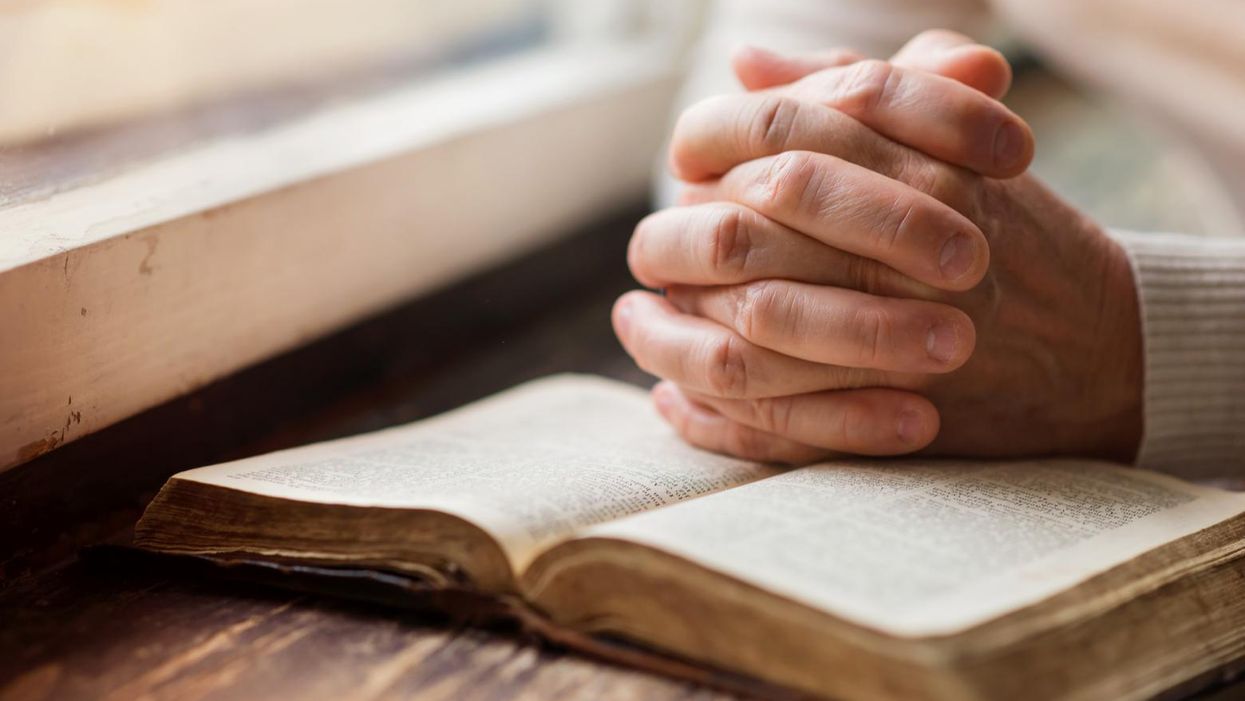 Two recent events have shed an illuminating light on who is and who isn't moral in today's world.

First, Cardinal Raymond Burke, a leader in the U.S. Catholic Church and a staunch anti-masker/vaxxer, was put on a ventilator as a result of his suffering from COVID-19. Second, the Intergovernmental Panel on Climate Change of the United Nations released its latest data-rich report, warning that "unless there are rapid and large-scale reductions in greenhouse gas emissions, limiting warming to close to 1.5 degrees Celsius or even 2 degrees Celsius will be beyond reach."

The global pandemic and the rapidly warming of our planet — these dire phenomena are, above all, deeply moral matters in that they both entail care for the well-being of others and a desire to alleviate misery and suffering.

Now, while most people assume that such a morality is grounded in religious faith, and while it is certainly true that all religions contain plenty of moral ideals, in our nation today, it is actually the most secular among us who are exhibiting a greater moral orientation — in the face of deadly threats — than the most devout among us, who are exhibiting the least.

Before proceeding, let me make it clear: When I say the "most secular among us," I mean atheists, agnostics, people who never attend religious services, don't think the Bible is the word of God, and don't pray. Such self-conscious and deliberatively irreligious people are to be distinguished from the lackadaisically unaffiliated — often called "nones" — who simply don't identify with a religion.

And by the "most devout among us" I mean religious fundamentalists who believe in God without any doubts, who attend church frequently, who consider the Bible the infallible word of God, who pray a lot, and who insist that Jesus is the only way, the only truth, and the only life. These strongly religious folks are to be distinguished from moderately religious Americans, who are generally liberal and tolerant.

Think of it like two ends of a spectrum, with one end representing the staunchly secular and the other end representing the deeply devout. Most Americans fall somewhere in the middle; both the "nones" and the moderately religious together comprise the majority of Americans. But as to those who occupy the end points of the spectrum, it is — as stated above — the affirmatively godless who are exhibiting greater moral proclivities in our nation today than the proudly pious.

We can start with the global pandemic. COVID-19 is a potentially deadly virus that has caused — and continues to cause — dire woe. Surely, to be moral in the face of such a dangerous disease is to do everything one can — within one's limited power — to thwart it. No moral person would want to willfully spread it, bolster it, or prolong its existence. And yet, when it comes to the battle against COVID-19, it is the most secular of Americans who are doing what they can to wipe it out, while it is the most faithful among us, especially nationalistic white Evangelicals, who are keeping it alive and well. Taking the vaccine saves lives and thwarts the spread of the virus. So, too, does sheltering in place as directed and wearing protective face masks. And yet, here in the U.S., it is generally the most religious among us who refuse to adhere to such life-saving practices, while it is the most secular who most willingly comply. For example, a recent Pew study found that while only 10% of atheists said that they would definitely or probably not get vaccinated, 45% of white Evangelicals took such a position.

Consider climate change. The best available data shows that — as a direct result of human activity — we are destroying our planet. The results are already manifesting with greater and deadlier frequency: poisoned air and water, massive wildfires, stronger hurricanes, brutal mudslides, quickly melting glaciers, rising sea levels, the wanton disappearance of forests and coral reefs. Such developments do not bode well for the future; more suffering and death are on the rapidly approaching horizon. And, yet again, what do we see? It is the most staunchly secular among us who understand the science behind climate change and want to do what needs to be done in order to prevent it, while it is the most pious among us who dismiss the science and don't want to address the dire threat. For example, a recent PRRI study found that over 80% of secular Americans accept the evidence that human activity is causing climate change — and they place addressing climate change at the top of the list of their political priorities — while only 33% of white Evangelicals accept such evidence, and thus place is towards the bottom of their list of political priorities.

But it's not just the pandemic and climate change that illustrate this widening religious/secular moral divide. Take gun violence. Currently, more Americans die annually from firearms than automobile accidents; since 2009, there have been 255 mass shootings in the U.S.; every few hours, a child or teen dies from a gun wound. When the founders of the country passed the Second Amendment, they couldn't have imagined the instantaneous devastation a semi-automatic rifle can do in the hands of one vicious person. And there is no question that Jesus — who taught an unmitigated message of non-violence — would denounce the existence of such weapons. And yet, who is more pro-gun in today's America? Not the hardest of atheists. Rather, it is the most fervent of Christians. For but one example: While 77% of atheists are in favor of banning assault rifles, only 45% of white Evangelicals are.

In terms of who supports helping refugees, affordable health care for all, accurate sex education, death with dignity, gay rights, transgender rights, animal rights; and as to who opposes militarism, the governmental use of torture, the death penalty, corporal punishment, and so on — the correlation remains: The most secular Americans exhibit the most care for the suffering of others, while the most religious exhibit the highest levels of indifference.

But wait — what about the rights of the unborn? While many people oppose abortion on decidedly moral grounds, it is also the case that many others support the right of women to maintain autonomy over their own reproductive capacities, on equally moral grounds. Hence, the deep intractability of the debate. And yet, most Americans — both religious and non-religious — do not see the abortion of a non-viable fetus as being akin to the murder of a living human being. And let's be frank: It is impossible to square the assertion that the strongly religious are "pro-life" while they simultaneously refuse to get vaccinated, to wear a mask, to fight climate change, to support universal healthcare, or to support sane gun legislation. To characterize such an agenda as "pro-life" renders the label rather insincere, at best.

Admittedly, how morality plays out in the world is always complex, with numerous exceptions to the correlations above. For example, African Americans tend to be highly religious and yet are also extremely supportive of gun control. The Catholic Church, which has deftly overseen the most extensive pedophile ring in history, and continues to ban the life-saving use of condoms, also happens to morally oppose the death penalty. One study has found that Evangelicals actually get vaccinated at higher rates than the religiously unaffiliated (though not at a higher rate than agnostics). And members of religious congregations tend to donate more money to charity, on average, than the unaffiliated. And of course, the 20th century has witnessed the immoral, bloody brutality of numerous atheist dictatorships, such as those of the former USSR and Cambodia.

However, despite such complexities, the overall pattern remains clear: When it comes to the most pressing moral issues of the day, hard-core secularists exhibit much more empathy, compassion, and care for the well-being of others than the most ardently God-worshipping. Such a reality is necessary to expose, not simply in order to debunk the long-standing canard that religion is necessary for ethical living, but because such exposure renders all the more pressing the need for a more consciously secular citizenry, one that lives in reality, embraces science and empiricism, and supports sound policies — not prayer — as a way to make life better, safer and more humane.