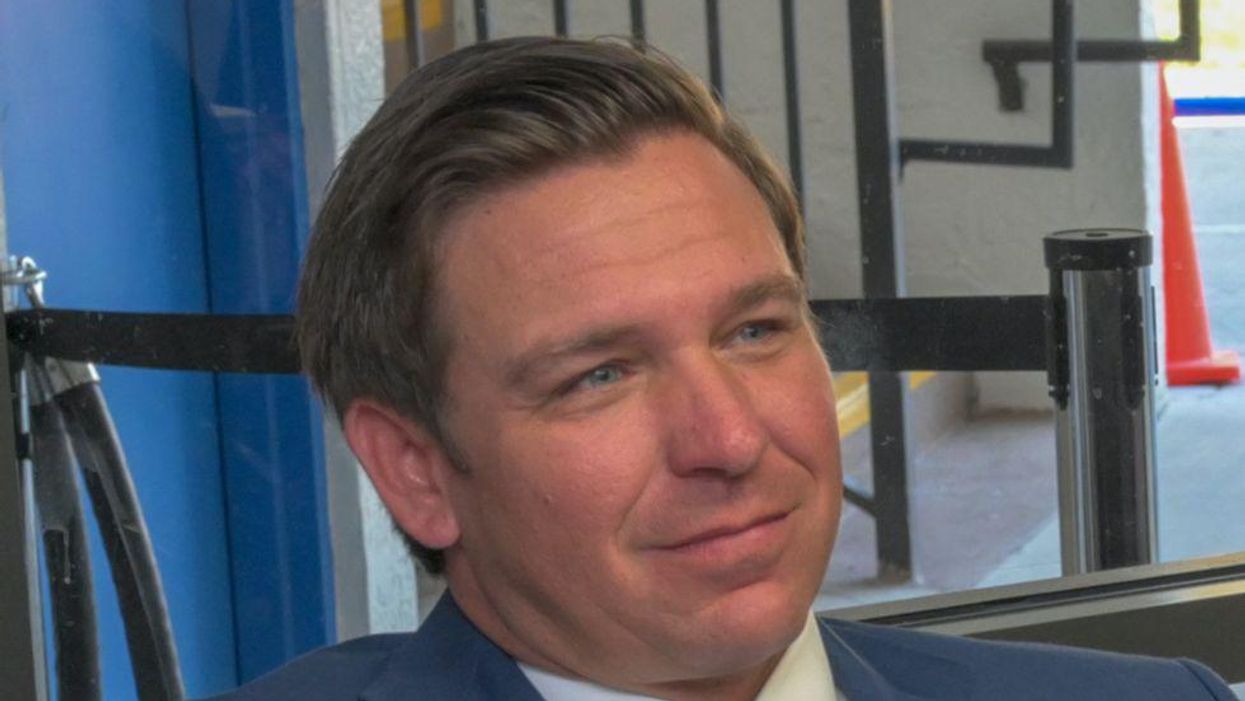 Florida education officials blasted Gov. Ron DeSantis' "irresponsible" order banning schools from requiring masks, which flies in the face of the Centers for Disease Control and Prevention's guidance for all school children to wear masks in classrooms.

DeSantis, a Republican who has repeatedly defied federal public health guidelines as he positions himself for a likely 2024 presidential run, announced the order on Friday just before Florida set a record high in new COVID infections, accounting for one of every five new cases in the U.S.

The CDC last month recommended that all children over 2 years old should wear masks in schools. On Friday, DeSantis on Friday dismissed the guidance as "unscientific" and "inconsistent," saying he didn't believe masks were necessary to prevent children, most of whom are not yet eligible to be vaccinated, from spreading the virus. Florida reported more than 21,000 infections among people under 19 just last week. Though children have a very low risk of severe illness compared to adults, more than 19,000 children have been hospitalized in just 24 states.

"Why would we have the government force masks on our kids when many of these kids are already immune through prior infection, they're at virtually zero risk of significant illness and when virtually every school personnel had access to vaccines for months and months?" DeSantis told reporters on Friday.

Public health experts have universally rejected DeSantis' argument. Dr. Caitlin Rivers, an epidemiologist at Johns Hopkins, said the order was "appalling" as the state leads the nation in infections, arguing that masks are necessary to protect unvaccinated children.

The order came after Broward and Gadsden counties announced that they would comply with the CDC recommendation, in defiance of the governor's order.

"Many Florida schoolchildren have suffered under forced masking policies, and it is prudent to protect the ability of parents to make decisions regarding the wearing of masks by their children," DeSantis argued. His office said in a statement that the order was intended to "protect parents' freedom to choose whether their children wear masks."

The order threatens to cut funding from school districts that do not comply with the ban, giving Education Commissioner Richard Corcoran the ability to "pursue all legal means available to ensure school districts adhere to Florida law, including ... withholding state funds from noncompliant school boards."

Miami-Dade Schools superintendent Alberto Carvalho, who oversees the largest school district in Florida, told CNN he was "worried" that the governor's order will force schools to strike a difficult balance between protecting their funding and public health.

"I believe that generalized pronouncements via executive order or state statute that basically don't differentiate between conditions which may vary significantly from South Florida to Central Florida to the Panhandle, that don't take into account how differently those conditions may be and the impacts that they may have, may not necessarily be in the best interest of our communities," he told the Miami Herald.

The Miami-Dade teachers union accused DeSantis of fighting "culture wars that endanger the lives of Floridians."

But school districts say their hands are tied after the executive order.

"If he makes an emergency rule and we are not legally allowed to mandate masks, then we will have to change our policy," Broward County School Board member Debbi Hixon told the South Florida Sun Sentinel. "I am not looking to defy the governor. I believe it is an irresponsible decision but if it is the law, I will agree to follow it."

The Broward Teachers Union said it is "extremely disappointed" that DeSantis rejected the CDC guidance.

"He advocated for people to get the vaccine," said union president Anna Fusco. "Why is he against masks?" She said the union "will continue to advocate for mask wearing by staff and students while COVID numbers and hospitalizations are surging."

DeSantis stressed that he is not banning masks in school, and framed the issue as a matter of freedom for parents.

"If a parent really feels that this is something that's important for their kid, we're not stopping that," he said Friday.

But Andrew Spar, president of the Florida Education Association, said the governor's order makes clear that "he does not respect the freedom of locally elected officials to do what they feel is best for their communities, based on input from parents, school employees, the available Covid data, and guidance from the medical community."

"Gov. DeSantis continues to think that Tallahassee knows best what all Floridians need," Spar said in a statement. "We reject that kind of thinking. Instead, we ask Gov. DeSantis to allow all Florida's citizens to have a voice by empowering the elected leaders of cities, counties and school districts to make health and safety decisions locally based on their unique needs and circumstances."

DeSantis said in a statement after the CDC guidance was issued that "COVID is not a serious risk to healthy children," even though more children have died from COVID than have died during worst flu seasons in memory, and even mild infections can potentially lead to long-term symptoms. The governor argued, without citing evidence, that "masking children can negatively impact their learning, speech, emotional and social development, and physical health."

"One of the things that's so frustrating about this whole experience is some of the people that are advocating for mitigation measures, mandates and stuff, they never acknowledge the harms that come with that," he said at Friday's news conference.

State Republican leaders on Friday issued statements backing DeSantis' order after he previously lifted all COVID restrictions in May, shortly before infections in the state exploded. In June, DeSantis signed a bill passed by the Republican-led state legislature that bans local governments from imposing any new COVID restrictions.

DeSantis enjoyed a wave of favorable national publicity earlier this year, with Politico announcing in March that he had "won the pandemic." It's not entirely clear he is winning now, and some legal experts suggest he may have overstepped his authority with the latest order.

Ron Meyer, a Florida education attorney, told the Miami Herald that since DeSantis lifted Florida's state of emergency, local boards have the constitutional authority to control schools in their districts.

"I don't know how Article IX of the Constitution could be more clear," he said, arguing that DeSantis pulled his most recent anti-mask order "out of thin air" to score political points.

Democrats accused DeSantis of playing politics with the health of children.

"Our Governor continues to prioritize his own political agenda over the health and well being of Floridians by going after masks," tweeted state Rep. Anna Eskamani, an Orlando Democrat. "Meanwhile homelessness and poverty are legitimate issues he could be focused on. But NOPE, let's keep on w/the culture wars & endanger lives."

State Agriculture Commissioner Nikki Fried, the only statewide elected Democrat — who is planning to run against DeSantis next year, repeatedly called out the governor for an "absence of any leadership" on the issue as cases of the delta variant continue to surge.

"Ron DeSantis is willing to defund our schools to get his way. This is the stuff of dictators," Fried said on Twitter after the governor issued the anti-mask order. "Don't say I didn't warn you."