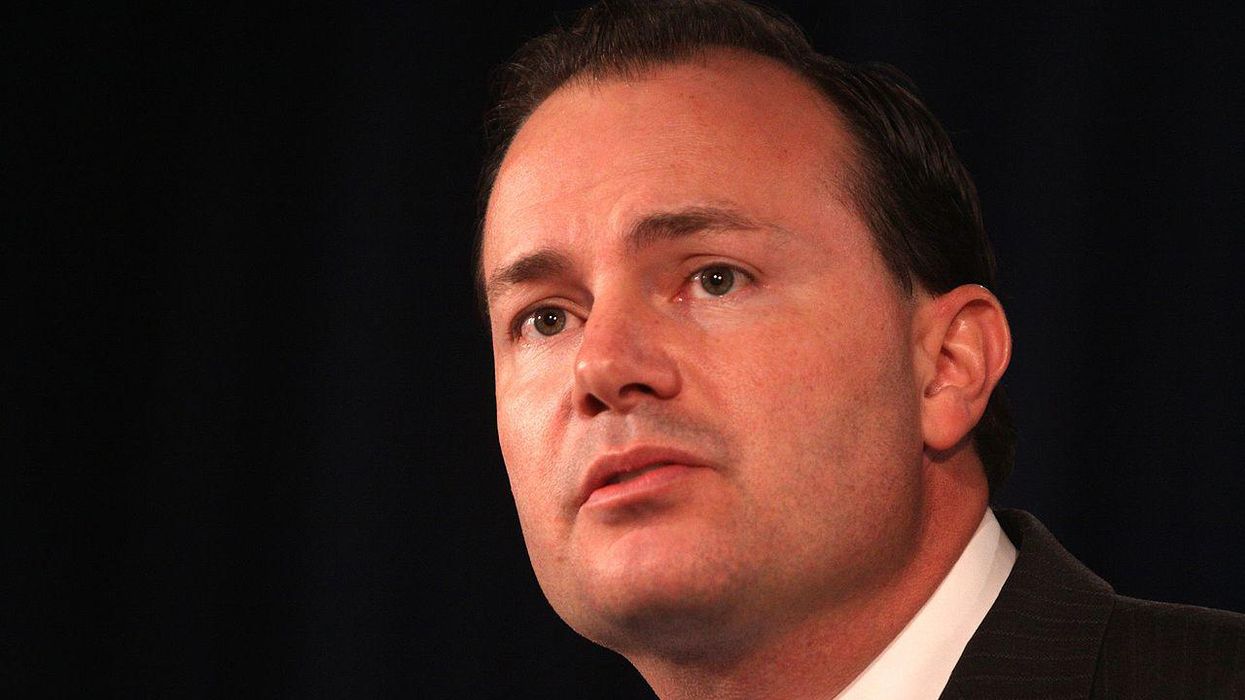 With the COVID-19 Delta variant surging in the United States — especially in red states — many Republicans are more interested in politicizing masks and vaccines and attacking Democrats than taking steps to reduce the number of hospitalizations among the unvaccinated. Sen. Mike Lee of Utah, for instance, argued that mask mandates may violate the 1st Amendment to the U.S. Constitution, but legal experts are debunking that claim.

Recently on his Facebook page, the Republican senator wrote, "Wearing a mask in public communicates a message — one with which the wearer may strongly disagree. Mask wearing also makes it harder to speak, be heard, and otherwise communicate, especially considering that we use facial expressions — which are largely concealed by masks — to communicate a lot of information when we speak. With few exceptions, the First Amendment prohibits governments from telling people that they can't speak or otherwise communicate as they please…. Should government-issued mask mandates be subject to 'strict scrutiny' under the First Amendment? If so, the government would have to prove that the mandate is the least-intrusive means of furthering a compelling state interest. By design, that standard is extremely difficult to satisfy."

The Salt Lake Tribune, a Utah newspaper, asked some legal experts to weigh in on Lee's argument. One of them was First Amendment attorney Ari Cohn, who described Lee's argument as "ludicrous."

Cohn told the Tribune, "If Sen. Lee were truly interested in the legal issues rather than bad-faith performative nonsense, basic legal research would have quickly disabused him of his idea's validity. Even if it wasn't facially laughable, Sen. Lee is simply wrong about the level of constitutional scrutiny that would be applied. Mask mandates serve a government interest unrelated to the suppression of expression and would be subject to a lower level of scrutiny. The government would need only prove that the mandates serve a substantial government interest and that there be no less restrictive means for serving that interest as efficiently as the mask mandate."

Cohn added, "Unless Sen. Lee would stipulate that vaccine mandates are less restrictive than mask mandates, it's hard to see how a court would strike down mask mandates on 1st Amendment grounds."

Segall told the Tribune, "A mandate for wearing masks inside or in large groups outside would be a 'reasonable time, place and manner restriction.' Also, even when pure speech is prohibited, this isn't that. The government can do so if it's using narrowly tailored means to achieve a compelling interest, a test easily met here."