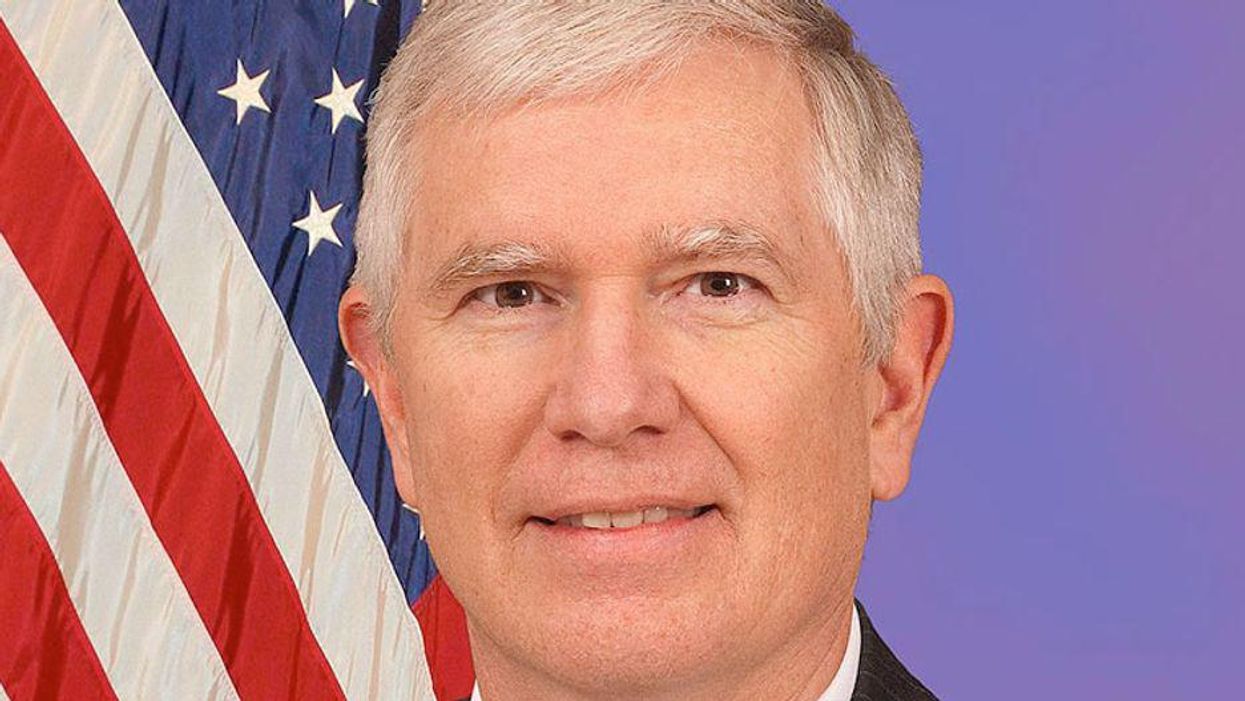 In June, Democratic Rep. Jason Crow of Colorado introduced the Averting Loss of Life and Injury by Expediting SIVs (ALLIES) Act in Congress. It was a no-brainer piece of legislation that would remove some of the requirements for Afghan special immigrant visas. The idea is that these are people who have, in many cases, risked their lives and their family's lives in order to help the United States achieve its goals on foreign soil. The bill was co-sponsored by 104 Democrats and 36 Republicans

The bill passed through the House with 407 yeas and 16 nays. Again, Republicans and Democrats alike understood that there was seemingly no political gain in not pushing forward a piece of legislation that supports both our foreign policy and national security interests. If you believe in warmongering or if you are a peacenik, there was nothing negative in this bill. And yet 16 Republicans voted against this bill. Who are they? I bet you can guess at least a few of them.

All 16 are a part of the so-called "Freedom Caucus," known for harboring a lot of elected officials who should have probably been impeached, be it for complicity in sexual assaults, or for complicity in the attempted coup of our government.

First up is Arizona's Andy Biggs:

Rep. Biggs made his money the old fashioned way—he won it from Publisher's Clearing House back in 1993. Biggs, a well-disliked climate-denier, is also known as one of the four people who brainchild'd up the Jan. 6 "Stop the Steal" D.C. event. Good times. On Wednesday, Biggs tweeted out: "Every passing day, Biden's botched Afghanistan withdrawal gets worse and brings with it national shame not seen since Vietnam." I guess he forgot to mention his part in all of this?

Next up, proving that you can be younger than 65 and a woman and still be just as ignorant and awful as your old white-guy counterparts, is Rep. Lauren Boebert of Colorado:

Boebert spends a lot of fundraised money on gas—like an extraordinary amount. Since voting against allowing allies an easier path back into our country, Boebert has been tweeting out nonsense about needing to know what the "vetting" process is. This is par for the course for Boebert, who uses her social media platforms to barf up public health advice that a snake-oil salesman would be embarrassed to offer. Maybe she will use one of her self-created sock-puppet accounts to like her own tweets?

Then we have Rep. Mo Brooks out of Alabama:

Brooks is what happens when you elect a truly seditious, rage-fueled snowflake of a half-baked con man into office. His social media account, probably handled by some sociopathic underling, has been putting forth a nonstop stream of anti-immigrant, anti-historical reality for the past 24 hours.

Then we have Scott DesJarlais:

The "Episcopalian" Republican from Tennessee has been able to hold on to his job even though he has had to admit to numerous affairs with patients he had as a physician. Besides coveting neighbors' wives everywhere, DesJarlais reportedly tried to pressure both his wife and one of his mistresses into having abortions at different times. For real! DesJarlais has been spending his time trying to say that the Taliban's victory in Afghanistan is the fault of former President Barack Obama. True story!

Next up is South Carolina Rep. Jeff Duncan:

Duncan is one of those GOP operatives that goes back to the days when all you needed to get into the Republican Party was a conspiracy theory about President Obama's birth certificate. HIs biggest piece of work was trying to make sure no data was ever collected that could be used to help support Americans. That sentence is a true statement. Duncan's most recent piece of political theater was pretending that he was going to crack down on Major League Baseball after they pulled the All-Star Game out of Georgia due to the anti-democracy voting bills rammed through the state legislature. Duncan's important statement on Wednesday regarding Afghanistan was: "If the Taliban executes any Christians in Afghanistan, the United States should retaliate violently against the Islamists." You can't make that up.

Good's big campaign promise was that he would continue to be old-time homophobic and transphobic. Good is pretending to be worried about "Americans trapped in Afghanistan" on social media these days.

Then we have Paul Gosar of Arizona:

What can be said about Paul Gosar that his own family hasn't been trying to tell Americans for the past decade? Not much. He still needs to be investigated for his part in the Jan. 6 riots and insurrection.

What can be said about Marjorie Taylor Greene that a demon hasn't written on their list to Santa Claus? The Georgia Republican is a really terrible person. Greene, after being suspended from Twitter, has rejoined to tell the world she is going to impeach President Joe Biden. Greene is a terrible person.

Hern is new to the House and he's got the corruption bag filled with PPP loans! He's one of those sad followers of more flamboyant GOP types like Florida man Matt Gaetz. But to be clear, Rep. Hern acts like a true sociopath, tweeting out "In Biden's America, our allies can no longer trust us and our adversaries no longer fear us" on Tuesday. Voted against the ALLIES Act. That's not me capitalizing the name of the legislation: That's exactly how Rep. Hern would have been presented with such legislation.

Hice has been all in on trying to overturn the results of the 2020 election. Hice's history of ideas compares mostly to those of Michelle Bachmann. If that reference doesn't conjure up a clear picture for you, read this.

It's Thomas Massie of Kentucky:

Can you be any worse than Kentucky Sens. Mitch McConnell and Rand Paul? Say hello to Rep. Thomas Massie. Massie's claim to fame was doing dirty work for McConnell and blocking disaster relief from getting to Americans in need.

Then we have arrested-on-felony-perjury-charges Rep. Barry Moore:

It's hard to keep up with how hot a mess Barry Moore has always been. When people say that Donald Trump changed the Republican Party, just remind them that Barry Moore has been bananas crazy racist and corrupt for a long, long time.

Don't forget how wild Pennsylvania can be, along with Rep. Scott Perry:

When Scott Perry isn't being an anti-immigration racist, or telling Americans that higher standards for clean air don't take into account that God (yes, with a capital "G") is also an air polluter, he's working with Donald Trump in an attempted coup d'etat of our government.

Florida man Matt Gaetz has some bad optics these days, what with all of the human trafficking, drugs, and possibly sex with minors suspicions around him. So, instead of giving this collection of dirtbags a worse name, Bill Posey stepped up to represent the state that elected Rick Scott senator and Ron DeSantis governor. Like the many others in the "Freedom Caucus," Posey's big move has been to question President Barack Obama's citizenship. Everything else is just the run-of-the-mill GOP platform of bad public health, gun, and environmental laws and tax giveaways to the rich.

Next up: It's real estate guy Matthew Rosendale of Montana:

Rep. Rosendale, a self-described "rancher" (who wasn't and has never been a "rancher" of anything), is a classic GOP carpetbagger from the east coast. But inside of his carpet bag is a lot of racism. The kind that makes you wonder if you can judge a guy by his haircut.

Finally, we have Chip Roy of Texas:

Rep. Chip Roy has only made one good decision over the last many years: to grow a goatee to cover up a weak chin. Roy has attempted to walk the tightrope of somehow being the logical Trump supporter. Like Star Trek's Kobayashi Maru test, that last statement is a paradox. In Roy's own words, the best strategy for the Republican Party at this moment in our nation's history, as we stand on the precipice of a collapsing economy and health care system during a pandemic, is to slow everything down in government in order to make sure that our country has "18 more months of chaos and the inability to get stuff done."

All of those Republicans have attacked Biden, thrown their hands up in the air, and performatively weeped for the Americans and allies left in Afghanistan. Those are the guys.

As is usual, a good resource for any and all Republican BS is reading some of the Stupid/Crazy Republicans of the day from community member republicinasnity's stories.