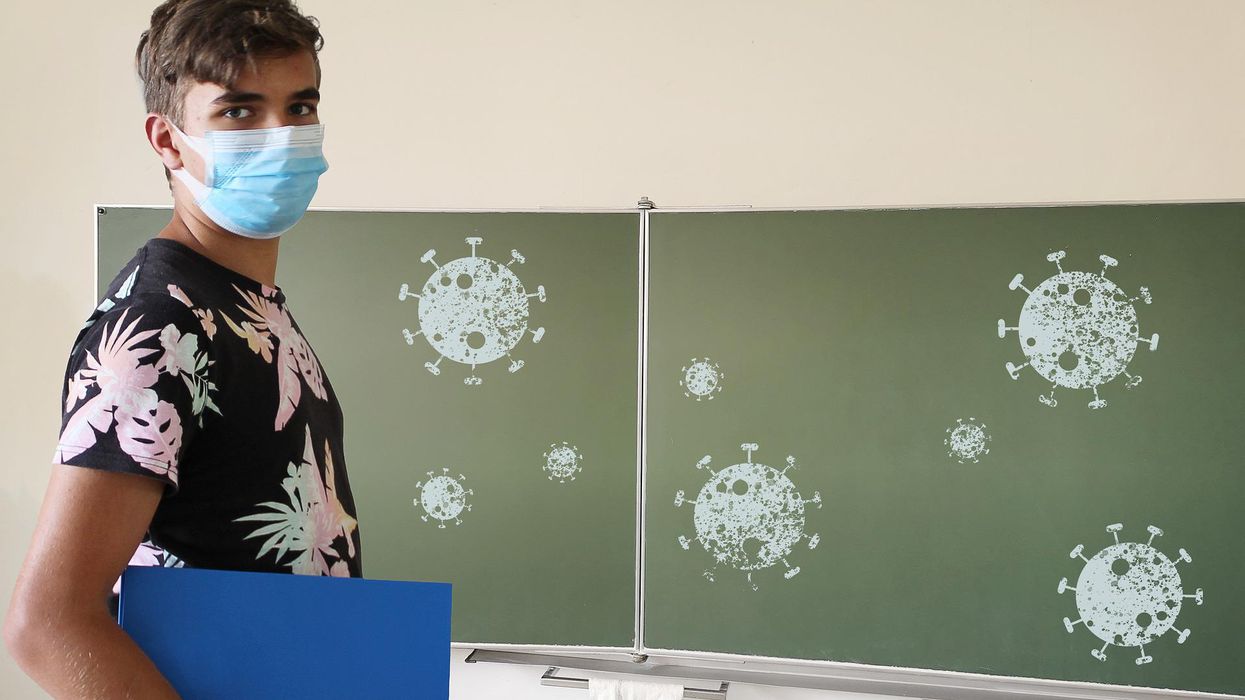 Image by <a href="https://pixabay.com/users/alexandra_koch-621802/?utm_source=link-attribution&utm_medium=referral&utm_campaign=image&utm_content=5925847">Alexandra_Koch</a> from <a href="https://pixabay.com/?utm_source=link-attribution&utm_medium=referral&utm_campaign=image&utm_content=5925847">Pixabay</a>
Meaghan Ellis
August 25, 2021

An Oklahoma teacher is blaming lawmakers for the surge in COVID cases in the state, citing the Republican-led Senate Bill 658, which prohibits mask mandates in schools.

Speaking to News on 6, high school teacher Aaron Baker offered a brief timeline leading up to the day he tested positive for COVID. Over the last 18 months, he and his family have taken all necessary precautions to avoid contracting the virus. However, Oklahoma lawmakers recently made mitigation far more difficult for him when they voted to ban mask mandates for schools.

After leaving his Puttman City Schools classroom on Friday, August 20, Baker began suffering from a sore throat and cough. One day later, he tested positive for COVID-19. "The problem for me, and all of the blame lies with the lawmakers, in particular the governor, who is behind the legislation," Baker said.

He later added, "There's a big part of me that was very anxious to get back into the classroom five days a week. This was literally the first time I've taught five days since March of 2020. It likely happened inside my classroom because most other interactions are very short, but no one in my classroom is to fault."

The publication reports that the bill only allows school districts to enforce mask mandates if Oklahoma Gov. Kevin Stitt (R) declares a COVID-related state of emergency. So, despite the accelerated spread of the Delta variant of COVID and the uptick in positive cases, masks are only considered optional without a formal emergency declaration.

While most school districts encourage face coverings, Baker has noted how the verbiage makes the recommendation more optional than mandatory. "But when you use a word like encourage, that makes it an option," said Baker. "I firmly believe that most people are rule followers, and if we had the ability to have a mask mandate, our students will follow that just as they did last year."