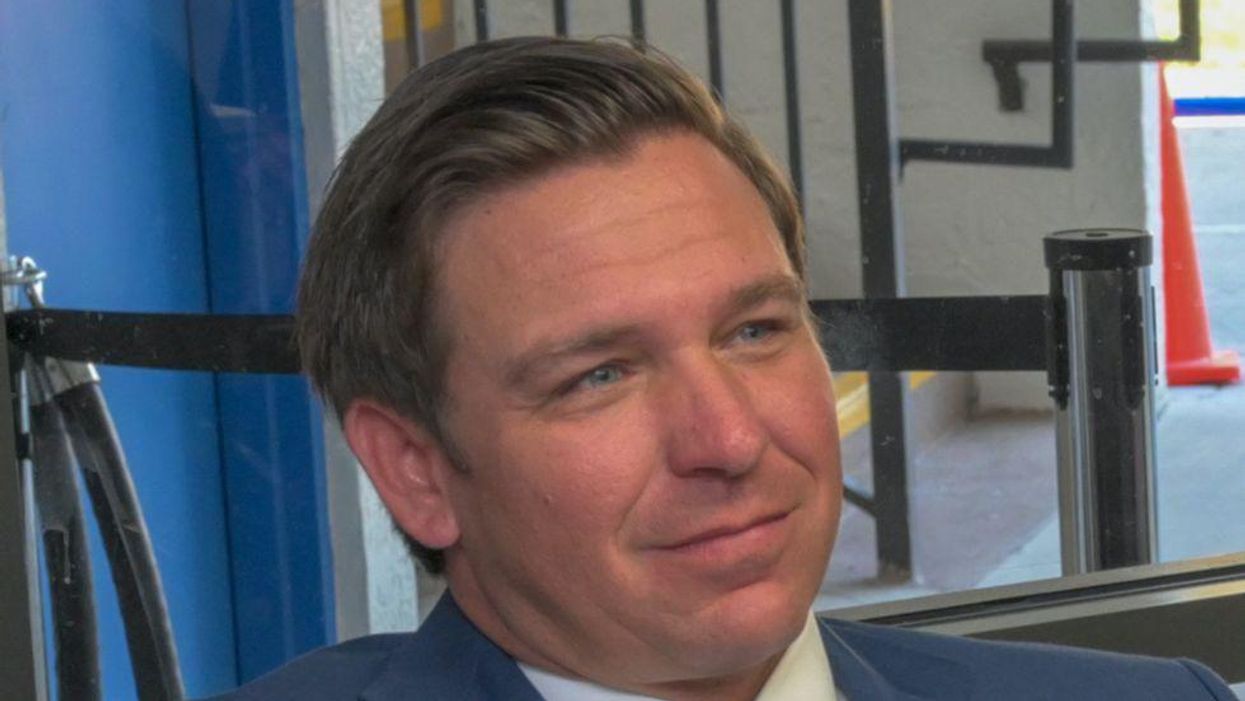 "What went wrong with the Pandemic in Florida?" queried a New York Times headline over the weekend.

Hmm. Republican Gov. Ron DeSantis may have come to mind for any reader who has even remotely paid attention to the recent delta surge plaguing the state. But not according to the Times' triple-bylined piece. Whatever went wrong in the Sunshine State, it most certainly wasn't the result of the deadly negligent anti-science, anti-masking policies of DeSantis.

"While leaders in that state also refused lockdowns and mask orders, they made it a priority to vaccinate vulnerable older people," writes the Times. "Gov. Ron DeSantis, a Republican, opened mass vaccination sites and sent teams to retirement communities and nursing homes. Younger people also lined up for shots."

The fatal flaw of the Times' reporting is it refuses to admit that DeSantis sought to exploit COVID-19 politically as a means of burnishing his political cred with the GOP's personal-freedom-at-all-costs crowd.

Instead, the Times emphasizes the notion that DeSantis was a huge vaccine promoter, which isn't exactly accurate, and then paints him as a victim of unforeseen and unavoidable consequences surrounding his war on virtually every other mitigation effort—from masking mandates to lockdowns to vaccine passports.

Some Floridians could barely believe their eyes. "Florida State Representative, here," tweeted Democratic Rep. Omari Hardy in response to the piece. "This is ridiculous. There was not anything resembling a 'strong push' for vaccinations in Florida."

In actuality, DeSantis immediately began sparring with the Biden White House on the state's vaccine rollout right as distribution really started pumping in early 2021. As the federal government pushed to get as many initial shots in arms as possible, DeSantis started withholding as much as 50% of Florida's supply in order to make certain the state could administer second shots to those who had received their first dose.

"We're not going to divert second doses away from seniors," DeSantis said is late January. "Seniors want it. We're going to do it."

In late January, the White House announced plans to invigorate vaccination efforts nationwide by setting up as many as 100 federally run sites across the country, including in Florida.

DeSantis complained bitterly about the idea, calling it a "big mistake" and mocking the notion of "FEMA camps."

But by mid-February, DeSantis relented, announcing four new mass vaccination sites would soon be opened "in partnership with the federal government" in Miami, Orlando, Tampa, and Jacksonville.

The pattern here was clear, and it wasn't "Ron DeSantis as fierce promoter of vaccines." It was "Ron DeSantis as fierce political opportunist." First, DeSantis painted himself as the great protector of the Sunshine State's retirement communities against the federal government. Then he criticized federal efforts to boost vaccination rates while suggesting the real reason for the state's lagging pace of vaccinations came down to a supply issue from the federal government.

But beyond the issue of vaccinations, DeSantis' treatment of COVID-19 as a political football has been both glaring and unconscionable. In his capacity as governor, DeSantis has used every tool at his disposal to prohibit mitigation efforts, banning vaccine passports for businesses in his state, battling Centers for Disease Control and Prevention regulations on Florida-based cruise ships, and perhaps most notably, prohibiting both local officials and school districts from issuing mask mandates.

"We can either have a free society or we can have a biomedical security state and I can tell you, Florida, we're a free state," DeSantis said at a press conference in early August. It was quintessential DeSantis, elevating an individual's right to reject mitigation efforts over the public health of the state as a whole. Gee, perhaps that message from the state's chief executive was at least worthy of examination in a piece claiming to explore what went wrong with the pandemic in Florida.

Ultimately, the Times treats Florida as "cautionary tale" for other states, suggesting the delta variant is too contagious to be curtailed by vaccinations alone. The point seems to be that once masses of people are forced indoors (either by withering heat or bone-chilling cold), delta will find a way to spread if other efforts such as mandatory masking and vaccine passports are not also employed.

But the Times also entirely divorced that cautionary tale from the state's chief promoter of public policy: Ron DeSantis, who intentionally politicized COVID-19 in his state. If DeSantis' main goal had been to save lives rather than using COVID-19 as a launch pad for his personal presidential ambitions, his state surely would have fared better against the delta variant, though no one can conclusively say exactly how much better.

But the Times unquestionably painting DeSantis as part of the solution rather than a chief part of the problem is nothing short journalistic malpractice.